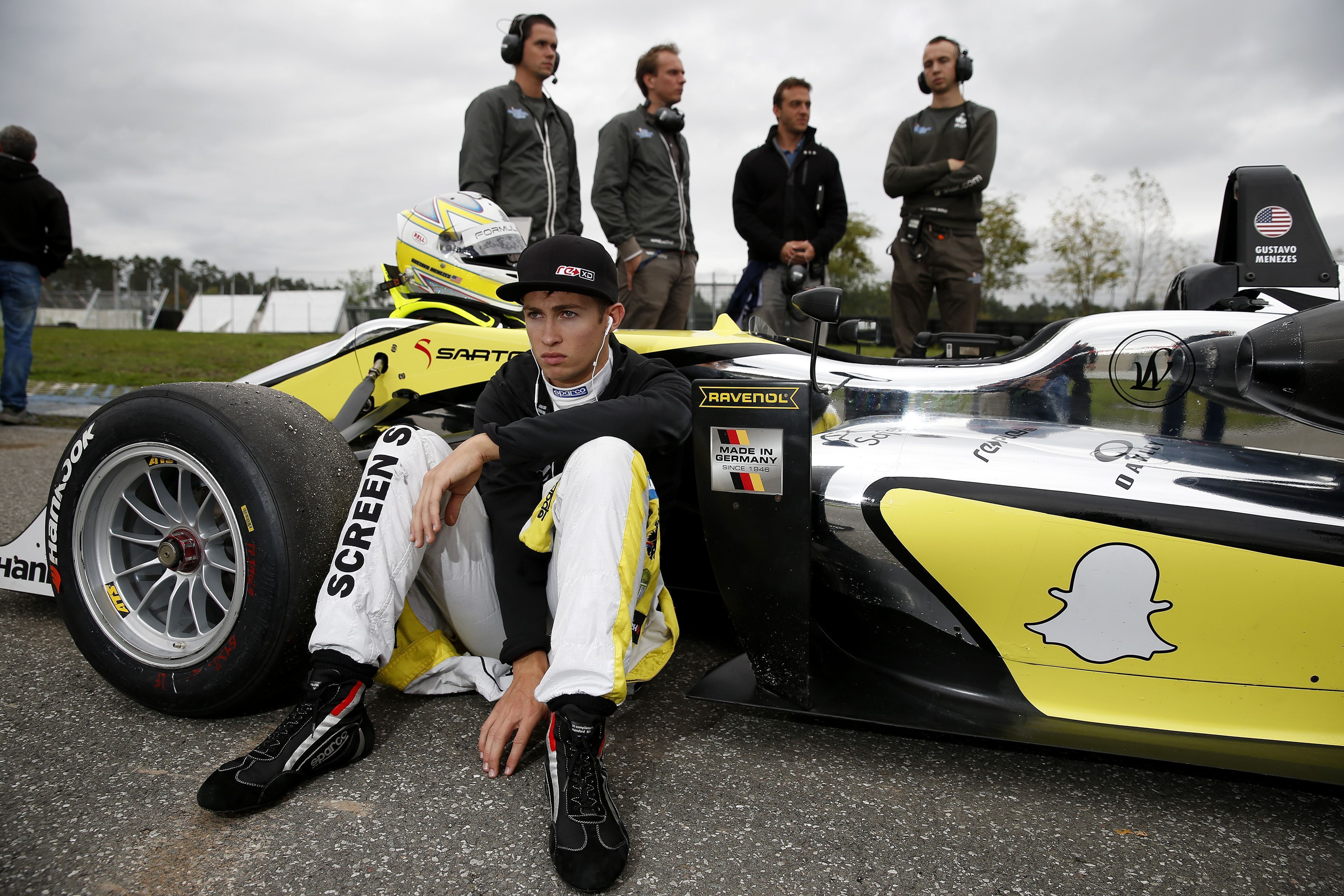 Gustavo Menezes is the first driver to be announced as part of Carlin’s 2015 FIA Formula 3 European team.  The 20 year-old American racer will join the British squad for his second season in the competitive junior category.

The California based racer had a strong rookie season in the FIA F3 series including a pole position, multiple podiums and points finishes, as well as a top ten finish at the Macau Grand Prix in November.  Previous to racing in the FIA F3 series, Menezes was a multiple race winner in German F3.

“Carlin is a fantastic team who excel in every series they compete in. The list of drivers they have run reads like the who’s who of motor racing and I look forward to working with the guys and doing everything I can to get some good results next season.

“Like all young American drivers I would love to be involved in F1, DTM, IndyCar or Sports cars – any of them would be a dream come true. That said, the only way I am going to get there is to win races. I have a great team in Carlin and I will be pushing as hard as I can to do that”.

“Gustavo is an extremely welcome addition to our team.  We watched him with interest this year and he clearly has a lot of potential.  As well as showing good pace, it’s important to have the right relationship between team and driver and Gustavo has settled in very quickly at Carlin.  He did a great job testing with our GP3 team last week and has already impressed in his first F3 test with us this week at Silverstone.  He will be a great asset to the F3 team next year and we look forward to many strong results together.”