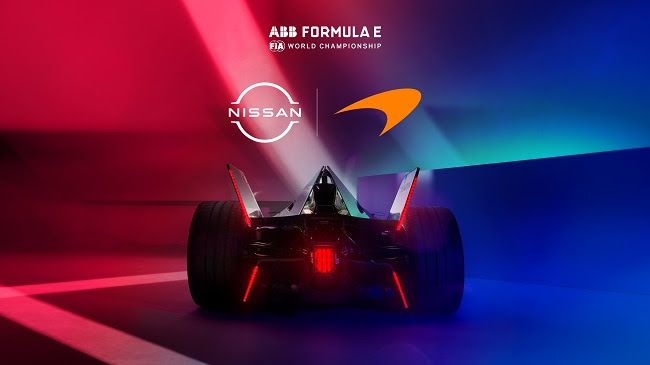 McLaren has announced a partnership with Nissan for multi-year deal for its time in Formula E under the Gen3 regulation.

McLaren Racing and Nissan today announce a multi-year technical collaboration, which will commence at the beginning of the 2022/23 ABB FIA Formula E World Championship season, when the team will open the next phase of its electric motorsport journey.

This follows last month’s announcement that McLaren Racing will compete in the all-electric World Championship from Season 9 onwards. The partnership will see Nissan supply its EV powertrain technology to the McLaren Formula E Team for the entirety of the Formula E Gen3 era.

Through this relationship, both parties will work closely together as they compete against other successful brands in one of the most challenging and technically advanced racing series in the world.

Zak Brown, CEO, McLaren Racing, said: “As we are shaping the team for its first season as McLaren in Formula E, we are naturally seeking the best partnerships and opportunities on every front – with the technical aspect being one of the key areas. Nissan have proven their knowledge, craft and commitment over the last four seasons in Formula E, and heading into the Gen3 era, we have full confidence that the collaboration will bring both parties much success. This will be a true partnership that will drive both the team’s performance and the development of the Nissan Formula E powertrain technology.”

Ashwani Gupta, COO, Nissan, said: “Our new partnership with McLaren Racing will be a powerful one, as the association will inspire collaboration and knowledge sharing. The pioneering spirit and drive to innovate are characteristics Nissan and McLaren Racing share, making them an ideal partner for us in Formula E and as we continue to electrify our vehicles.”

“At Nissan, we are in Formula E not only to race, but also to showcase to a diverse range of viewers just how impressive, powerful, and efficient our electric vehicles are. And our collaboration with McLaren will provide us with even more opportunities to accelerate the development of our technology and showcase it to fans all over the world.”

Further details on the McLaren Formula E Team programme, including its driver line-up and commercial partners, will be announced in due course.