Renault initiated the F1 2021 18-inch tyre test at Paul Ricard in September with Sergey Sirotkin in the car. It was the first test undertaken by a F1 team with regards to the new range after multiple running for F2, who are to get it from 2020 onward.

McLaren became the latest F1 team to run the 18-inch tyres with Sainz driving the mule car on Thursday at Paul Ricard, while Norris taking over on Friday. The Spaniard wasn’t in luck, though, with the weather as the chilly conditions limited his running.

As a result, Sainz only managed 39 laps all day. McLaren teammate Norris, on the other hand, had a better luck with a sunny day greeting him as the British racer completed 106 laps to make it a total of 145 laps across the two days of running for Pirelli.

As seen with Sirotkin, it was an all-black rims used by the Italian manufacturer, with only the slick compound being tested. There’s only one test that remains in 2019 with regards to the 2021 tyres, with Mercedes to run them in December.

No date or venue has been revealed so far but it could be possible that they run it at the Yas Marina circuit in Abu Dhabi along with the post-season tyre test, where all the F1 teams are to take part, running the 2020 compounds.

Following the first proper run of the 2020 prototypes during the US GP weekend, there was unanimity about the compound not being good enough. The decision regarding the tyres will be taken in due course of time after the F1 teams have completed their analysis. 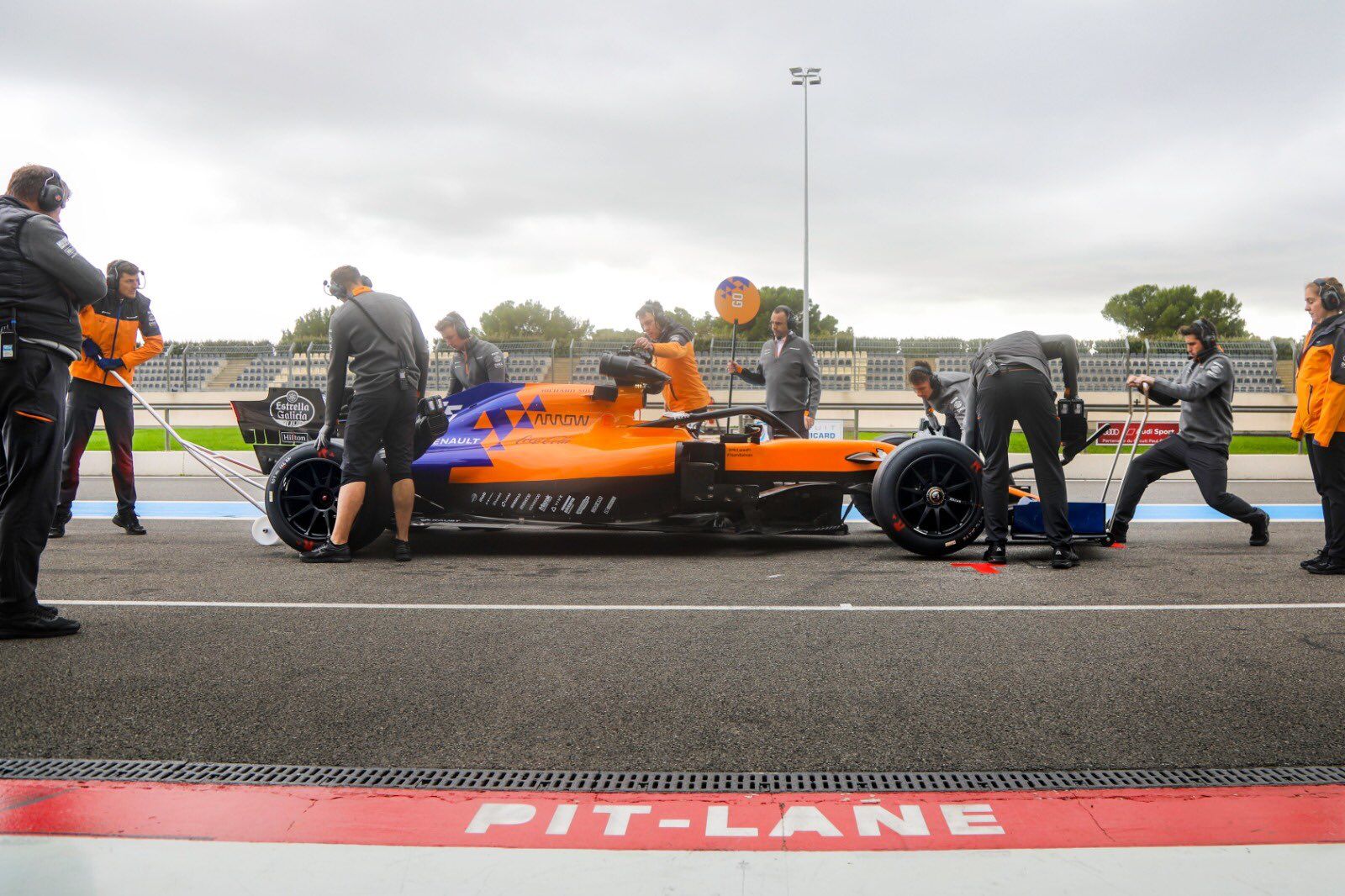 Here’s the details of the last test with Renault