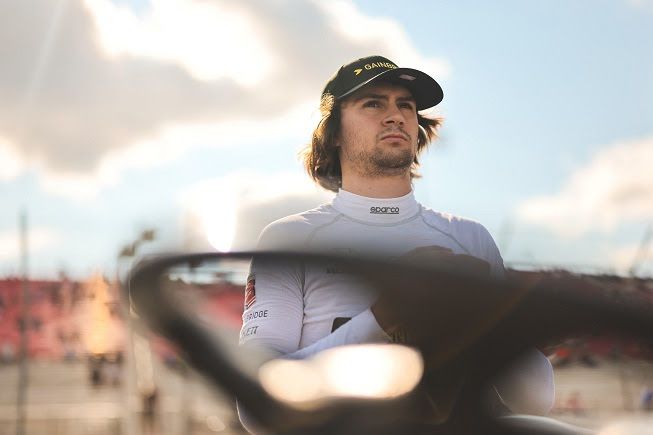 McLaren Racing has confirmed that Colton Herta will test with them during the course of 2022 F1 season under their new programme.

Herta joins the McLaren F1 team to conduct regular testing in a 2021 MCL35M as part of McLaren’s new test programme. Current Andretti driver and six-time IndyCar race winner also became the youngest-ever winner in the history of IndyCar when he took the chequered flag at the Circuit of the Americas, and has long been touted as Andretti’s stalwart driver for its prospective F1 entry in future.

Michael Andretti has long heralded the talent of Herta, since Andretti’s negotiations to purchase a stake in the Sauber-run Alfa Romeo team came to light. McLaren CEO Zak Brown is also a business partner of Andretti’s through Walkinshaw Andretti United and the Andretti Acquisition Corporation.

The opportunity with McLaren is an unexpected one on the face of it, but provides the team with a chance to evaluate potential young talent for its Formula 1 campaign. The team says it will confirm further details on its ‘Testing of Previous Cars (TPC)’ programme in due course, with Herta set to lead their TPC provision and provide the team with an alternative insight into top-level single seater racing.

McLaren Team Principal Seidl hints that the move sets a precedent for young drivers to be utilised for TPC programmes to provide them with experience of Formula 1. “Colton is a proven talent in IndyCar and we will be interested to see how he adapts to a Formula 1 car,” he said. “We believe this testing programme will provide him with valuable experience while demonstrating the benefit of expanding previous car testing to showcase promising drivers for the future.”

Herta added his thoughts on the announcement, thanking the team for the deal which breaks him into the championship he’s thought to have had his eyes set on for some time. “I want to thank McLaren for the opportunity to get my first laps in a Formula 1 car, which has always been on my racing bucket list,” he said. “This will be a great opportunity for me to gain some valuable experience in a new form of motorsport and learn from such an established team like McLaren F1.”

Prior to Herta, McLaren already gave its Arrow McLaren IndyCar driver Pato O’Ward a F1 test run in Abu Dhabi last year after winning a bet against Zak Brown and the Mexican may get another go in this new-for test programme later in the year.

Meanwhile, in the current scheme of things, the Alpine team has offered their highly-talented reserve driver Oscar Piastri the chance to be considered by McLaren to be their de facto reserve driver across the 2022 season, with the first priority towards Alpine.

This is in anticipation of Daniel Ricciardo’s possible absence from the Bahrain GP, due to testing positive for COVID-19. The team already has Mercedes pair Stoffel Vandoorne and Nyck de Vries to choose from along with Paul di Resta.

The story is written by Danny Herbert