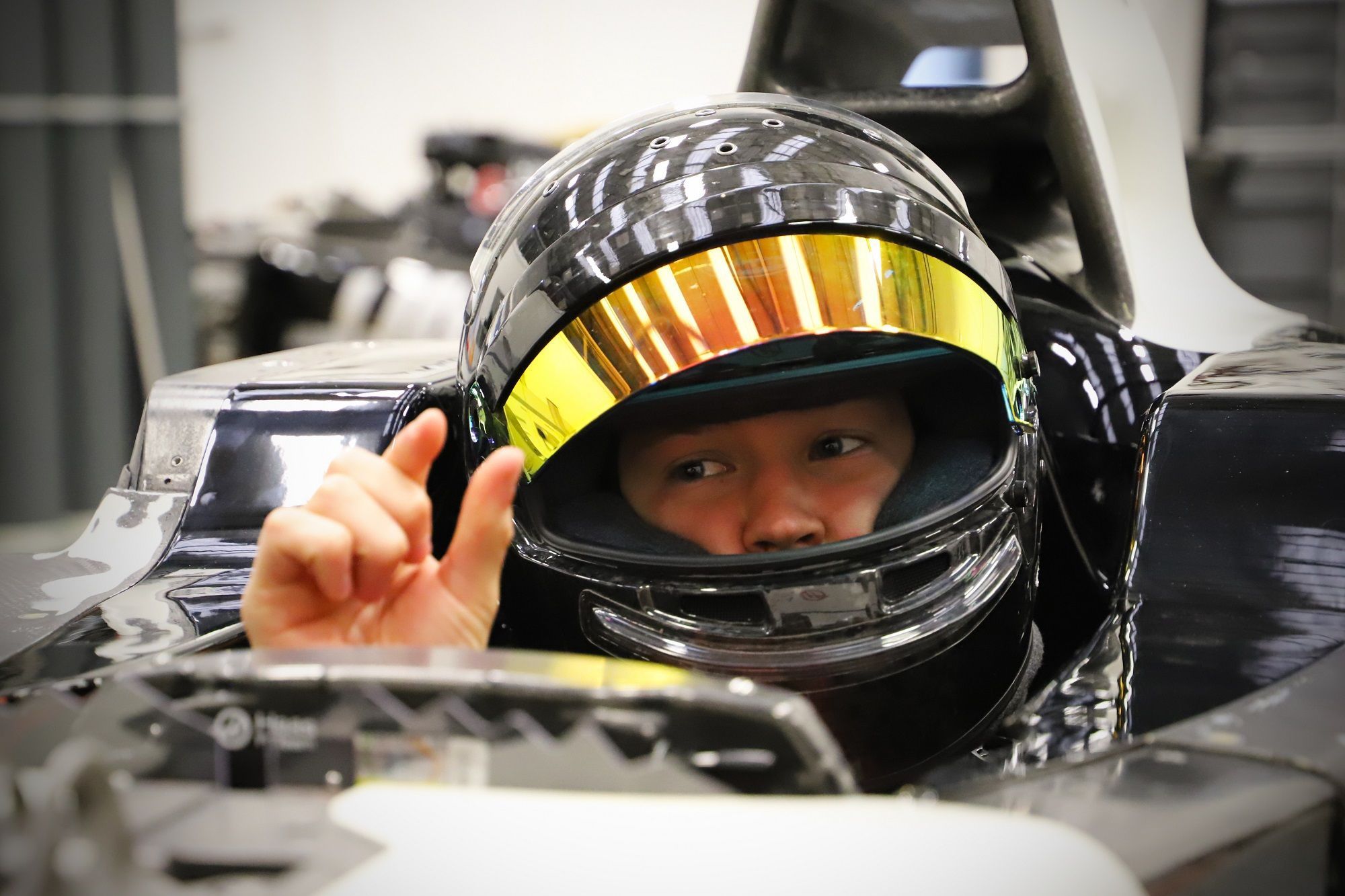 Nikita Mazepin elaborated extensively about the ‘huge mistake’ he made as Haas F1 boss Guenther Steiner and Mick Schumacher add their views.

In his first public appearance for Haas, since the December incident, Mazepin – naturally – faced barrage of questions on the topic. But it seemed like he was well prepared for them, as he answered them calmly and stuck to his note of ‘taking full responsibility’.

It was a bare minimum from his end, but how he was disciplined remains unknown (and will continue to do so). Team boss Steiner has been vocal about the education process, but  has since moved on from the glaring mistake from his rookie F1 driver.

“I take the responsibility for my actions, I’m very firm in that,” said Mazepin to media including FormulaRapida.net. “How I reflect on my actions is pretty clear, I’m not proud of it. I didn’t behave as I’m meant to behave, being in Formula 1 and the transition phase of realising what I have achieved has been very short.

“So I’m confident that I will be one of those humans from now,” Mazepin noted, as he added that being a F1 driver, he now understands that he is a role model to many younger kids and for them, this is not how one should behave. He admits he was too late to realise the fact that he is now a representative of the highest form of racing.

“Graduating to Formula 1 and being a F1 driver means that all of a sudden you become an example to a lot of young kids who are aiming to get to the same championship,” said Mazepin. “So with that you have to bring a certain way of behaviour towards yourself.

“I haven’t done it instantly because I was too late to realise that, unfortunately. In regards to what I’ve learned it’s quite clear first of all with the behaviour that you are meant to bring with yourself and second how you are meant to act on social media and off social media. Obviously the transition phase between Formula 2 and Formula 1 is very big.

“So there’s a lot on your mind. The learning curve is very steep when you have to get into your first race. So obviously that takes the very big part of your brain capacity,” summed up Mazepin. Talking about how it come on social media, the Russian was certain that there was no confusion about it. He also didn’t wish to bring up the girl in the media.

“There is no confusion from my side,” started Mazepin. “I take responsibility for my actions, and I’m very firm on that and that I’ve learned and in regards to the video coming onto social media, I can say it wasn’t my hands that have put it there. As for the person, I think privacy matters is very important.

“In this case, I don’t think it would be correct for me to bring other people into this very wide media discussion, and therefore I’m not going to do that,” noted Mazepin. Adding on if there was any fear of losing his Haas F1 team, the Russian didn’t directly answer it, as he looked more towards the season and delivering on track.

“I’m a racing driver and I’ve been one for the best part of my life, to be exact for 15 years out of 22, which I’ve just turned recently,” said Mazepin. “So, as a driver, you just focus on your job because it is very demanding when you’re on track. You try not to make mistakes outside of the circuits. It happens that I’ve made a huge mistake.

“I’ve taken responsibility for it and I’ve learned from it. And I’m looking forward to a clean year ahead. I am pretty sure that I will be delivering on-track. I’m confident that with the effort I’m putting in and with the actions I’m taking. The results will be there and I’m going to try to have the racing do the talking,” noted Mazepin.

When asked about the help from Haas, Mazepin was full of praise. “They’ve been very helpful. First of all, I would like to say a big thank you to the team because they have been really supportive in helping me to learn through this incident. They’ve been very patient in taking the time and helping me learn this matter further.

“I think that in my education phase on the whole behaviour incident, I’m way further than I’ve ever been. So that’s very helpful,” summed up Mazepin, as teammate Schumacher did not into detail of the incident, but stated that he is looking forward to the rivalry.

“Nikita I know, since 2013, we’ve been teammates back in the days and ever since raced in different categories together, such as karting and F3,” started Schumacher. “In F2 last year, we where was fighting with him for victories. And obviously he was also a title contender, I think till the second last race. So, he’s been around a lot and so kind of we also grew up together in different ways.”

Team boss Steiner dwelled into the matter more, but still stayed away from what exactly happened behind the scenes. The Italian noted that there will still be people who will not like him, which is something that they cannot control. At the moment, they cannot do anything to not let it happen but move forward and not let it happen again.

“I think we spoke a lot about it,” said Steiner. “We spoke a lot about what we think went wrong, and I don’t want to expand about the detail. I think the biggest thing is he got support, he got things, how it was wrong. He knows that. I didn’t need to tell him, because he apologised also after the incident, and in general, we just move on and we want to build him up to be a good race car driver.

“And a good race car driver needs to be also a good human being. He is eager to learn anything he can because he is very young, and he just wants to move on, and show what he can do in the future. I think the biggest protection is, what he did was his apologies, that’s the biggest protection. You will always have  people which don’t like him. And I’m not saying that what was done what was right. And he isn’t saying that.

“For sure some people will never let loose of this one, and will find it always to attack him, but I think he will grow some hairs on his chest and just deal with it, you know. And that what will happen. He’s a strong guy, you know? It is for sure not nice to deal with this when you’re young, but it happened.

“You cannot make it go away. So just move on and behave like you should, or like you think now what you learned out of it and behave like that, and that is [what] he will be doing,” summed up Steiner.

Sneak peak at Haas' new team wear. Looks like it will change from the traditional black/red/grey to adopt the new livery colours. Expect the same with race suits. #F1 | @MsportXtra pic.twitter.com/h6Z9gjbkWo

The crash report from @RGrosjean is set to be shared by the @fia tomorrow, where two changes forthcoming will be a smaller headrest and fuel hatch not attached to chassis. #F1 | @HaasF1Team @fia @F1Media @MsportXtra