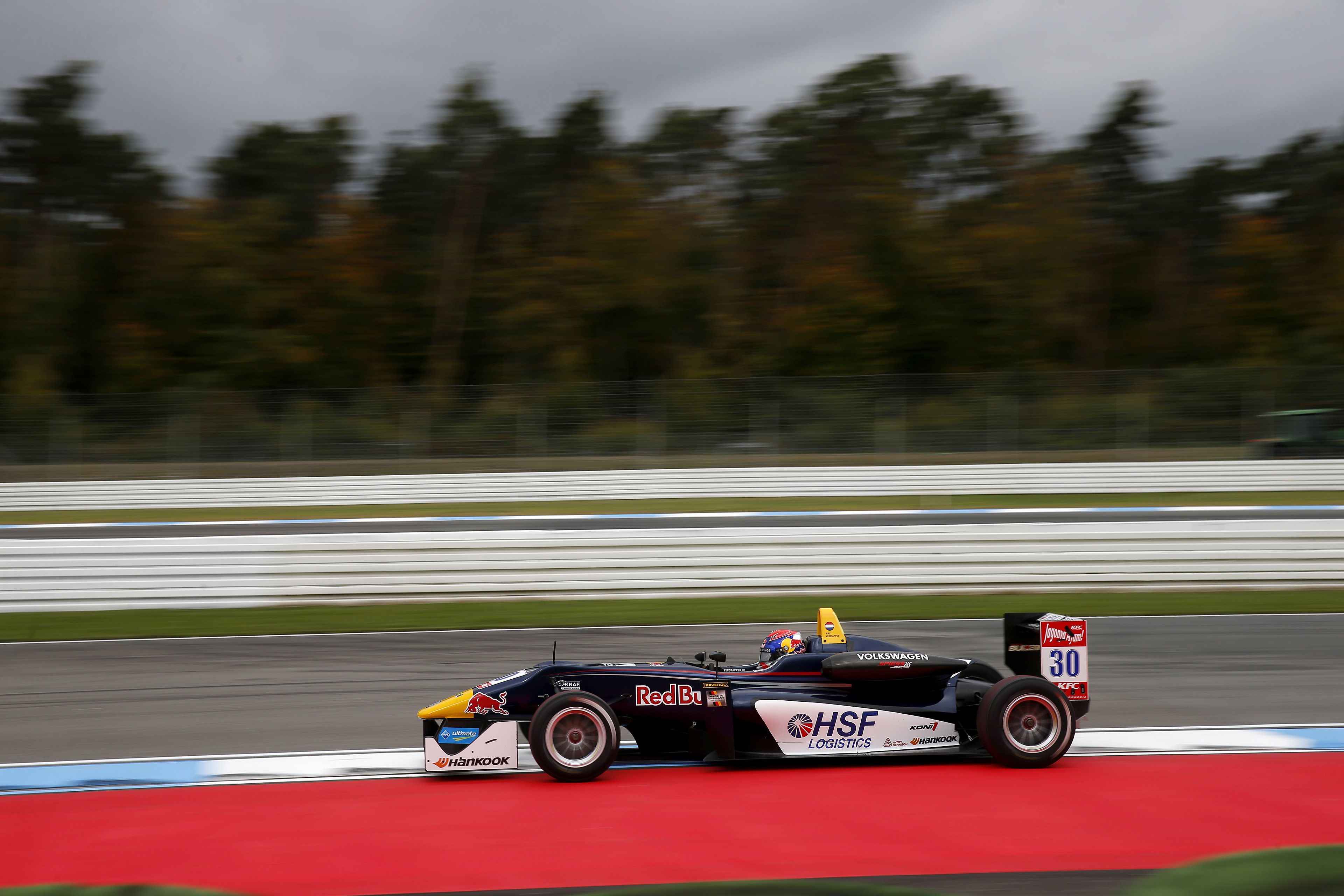 Max Verstappen has been a resounding victory in the first race at Hockenheim, which concludes this weekend’s championship FIA European Formula 3. As I said, the Dutchman has been a good win which reinforces its position for second place. Have completed behind Lucas Auer and Tom Blomqvist, with champion Esteban Ocon in seventh place.

Max Verstappen has been a resounding victory in the first heat race in Hockenheim. The Dutch, who started from pole position, has maintained its position from the start, keeping the set before Lucas Auer until the end of the test. Auer, despite close at times, has never been a major threat to the Dutch finally goes to three seconds of it. Much farther away than the first two is over Tom Blomqvist, who still could close a good podium for him, personal terms.

The disappointment of the day was the seventh place were Ocon, and is the reigning Formula 3 has only been seventh. Surely, having already lifted the championship, the French decided to take it easy, and has been overtaken by several opponents. Giovinazzi Antonio Felix Rosenqvist and Jordan King remained ahead of Ocon, and so throughout the race until the checkered flag dropped, without many struggles including penalties and position changes.

Behind, the points have completed the American Gustavo Menezes, Felix and Sean Gelael Serrallés that after a good fight left outside the Top 10 to Roy Nissany, pilot to board a Sauber F1 here in Cheste weeks. After a touch at the start, the Spanish Alex Toril, was in last place with no option to pick up many more posts, finally leaving in 21st position. Also other incidents have been happening during the test, in which some have been knocked out drivers like Michele Beretta, Wing Chung Chang and from the GP2 Series, Stefano Coletti.

Today, at 16:10 pm, the second race of the FIA Formula 3 in Hockenheim, where this weekend concludes this passionate championship, which has given us so many emotions throughout the year will be held.