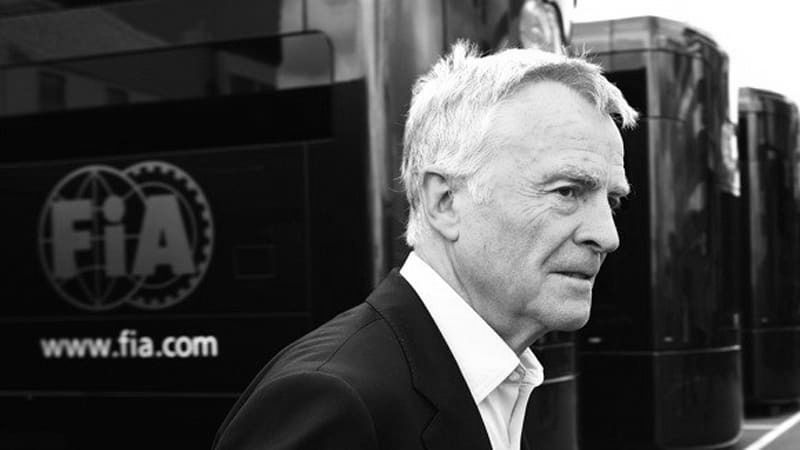 Controversial former FIA boss, Max Mosley, has passed away, aged 81-years, with the news broken by his friend Bernie Ecclestone.

A former Formula 2 racer, Mosley, worked closely within motorsport from 1960s, especially in F1. His first stint in motor racing ended in 1982, but he returned in 1986 with the help of Bernie Ecclestone, to head FISA Manufacturers’ Commission.

This propelled him to succeed Jean-Marie Balestre as the FIA President from 1993 onward. It was a step towards domination for Mosley, who reigned the governing body for four terms, until 2009, as he and Ecclestone ‘ruled’ F1 in this period.

Controversies, however, befell Mosley in this period, whether personal or professional. It became difficult for him to stay as the FIA President. He intended a fifth term, but was asked not to, as Jean Todt, took over the reign from him.

His controversial life continued away from the FIA working and F1. A documentary on him was supposed to release last year, titled ‘Mosley’, which looked at his career at larger, whether within motor racing or his political side. It is scheduled now for July 9, 2021.

As mentioned earlier, the news about his death was broken by Ecclestone, with no details on how or what happened. “He died last night (May 23),” he said to Sky Sports News. “He was like family to me. We were like brothers. I am pleased in a way because he suffered for too long.”

Post the statement from Ecclestone, the family of Mosley noted about his death due to cancer and asked for privacy. “The family of Max Mosley can confirm that he died last night after a long battle with cancer. They ask to be allowed to grieve in private.”

Meanwhile, F1 teams started to pay their homage for the former FIA boss, with Formula 1 releasing a statement on the same: “We are saddened to hear that Max Mosley, former FIA President, has passed away. A huge figure in the transition of Formula 1. Our thoughts are with his family and friends at this sad time.”

From the FIA side, Todt, added: Deeply saddened by the passing of Max Mosley. He was a major figure in F1 and motor sport. As FIA President for 16 years, he strongly contributed to reinforcing safety on track and on the roads. The entire FIA community pays tribute to him. Our thoughts and prayers are with his family.”

Here’s his Wiki talking about his life: https://en.wikipedia.org/wiki/Max_Mosley