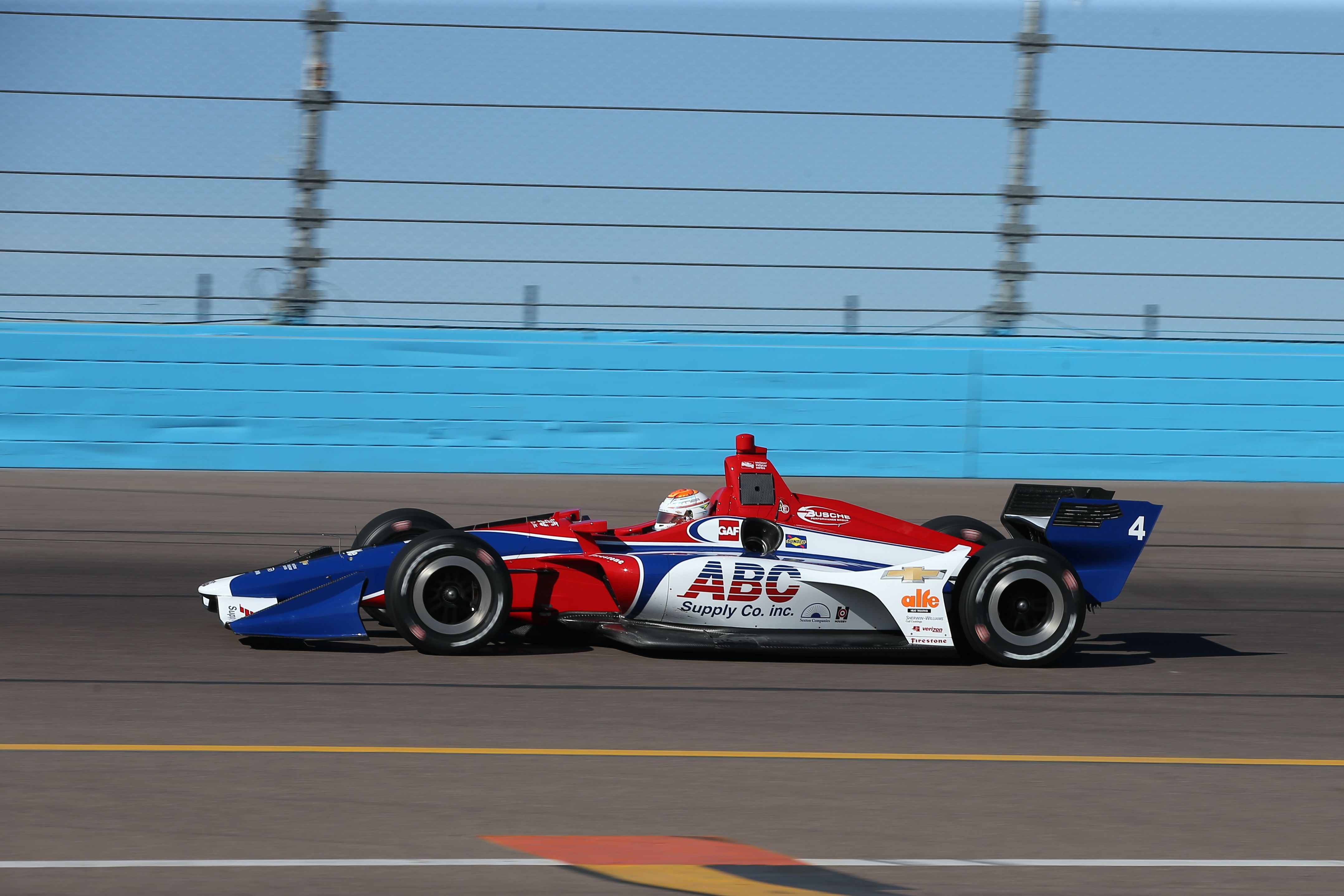 Matheus Leist has led the first test day in Phoenix. The Brazilian was the fastest on the first day of oval test, beating Pietro Fittipaldi. In this rookie season in which eight drivers have participated, they have also made the first tests of the new aeroscreen in the car of Scott Dixon.

The Verizon IndyCar Series continues to test winter just one month after the opening of the season in the streets of St. Petersburg. This weekend drivers visit the oval of Phoenix, where today the first test session for the rookies. In addition, Scott Dixon has made the first kilometers with the new aeroscreen that to protect the cockpit of the cars.

In terms of times, the fastest driver of the day was the talented youngster Matheus Leist. The AJ Foyt driver has set 19.9700s (184.236mph) in the oval, showing very fast throughout the day. “Each time I hit the track I’m feeling more comfortable in the cockpit, with the tires and everything. First impressions were pretty good. It was my first practice here also, so just having some fun and learning which is the best lines to run”, commented Leist to the official website of the IndyCar after getting off the car at the end of the day.

His compatriot, Pietro Fittipaldi, just over a tenth finished in second place. It was the first test as official driver of Dale Coyne after the announcement that was made last Wednesday. In addition, first contact also on an oval track, so the sensations were good but with an impression. “It was mostly about getting up to speed and getting used to the ovals. The walls come up really fast. I enjoyed working with the team. We had some good pace at the end, but at the end of the day it was about finding the limit on new tires and that’s what we’re going to carry into tomorrow”, concluded the 21-year-old driver.

The third best time of the day was for Spencer Pigot, who also participated in the test because he did not race here last year. Behind, Canadian Robert Wickens was fourth, followed by Zach Veach and Kyle Kaiser. Also, Marco Andretti and Gabby Chaves made other tests on the day.

Scott Dixon, at the request of the organization, completed a first test day with a peculiarity, the aeroscreen that he was wearing in the cockpit. Dixon tried the new aeroscreen proposed by the American category as a solution to the safety of the central area of ​​the car, and the sensations were good but still with several details to continue studying in the future. The idea is to implement it next season, following the steps of the halo in F1, but in a more aesthetic than F1.

“It’s a little bit different looking through something that’s so thick, but I thought it would be worse with distortion but there was nothing like that. We’ll run it a little bit later to see what it’s like as the sun is setting, and then again at night. He weirdest thing is how quiet it is. You have no buffeting, the car feels very smooth, it feels like you’re in a luxury well-damped car. We need some cooling, just because you get no airflow through the car. We can improve on and make better”, said four-time IndyCar champion Scott Dixon, after completing these first laps with the new safety element, in words collected by Motorsport.com.

On Friday and Saturday will be completed two more days of testing in Phoenix, where up to 23 drivers will participate, being the last opportunity to run open tests before the start of the championship in Florida on March 11.