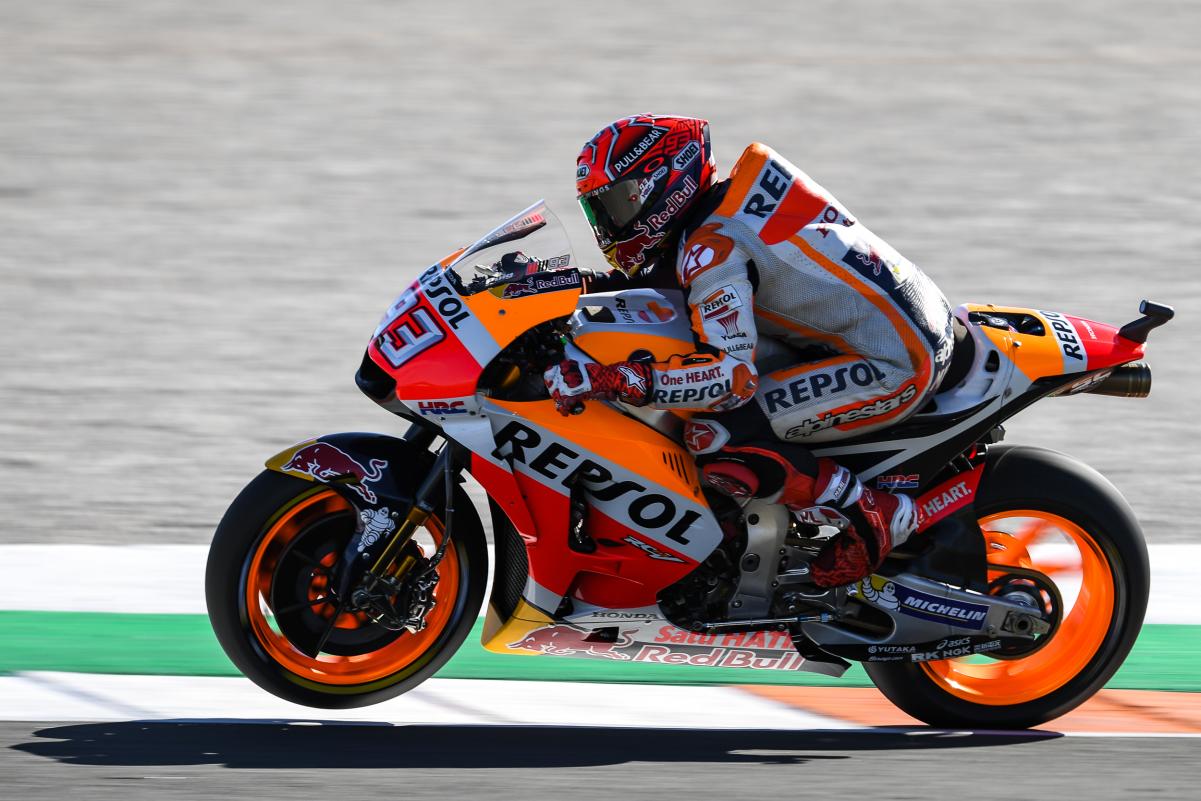 It’s a good start for Marc Márquez, Dani Pedrosa and Jorge Lorenzo (Ducati), Andrea Dovisiozo already up in 6th coming from 9th. Further back Maverick Viñales (Movistar Yamaha) is struggling, as well as Valentino Rossi (Movistar Yamaha). Back at the front Johann Zarco takes the lead, with Marc Márquez clearly not taking any unnecessary risks. While Andrea Dovisiozo is stuck in 5th, behind his teammate Jorge Lorenzo.

With all eyes being on the Márquez and Dovisiozo fights and not a lot of action in the first half of the race. Zarco still in the lead, followed by both Repsol Honda and both Ducati, Lorenzo in front of Dovisiozo. Valentino Rossi is up in 6th, but far from the front markers after fighting for position with Jack Miller (EG 0.0 Marc VDS).

Halfway through the race we see a very quick Alex Rins (Suzuki ECSTAR) passing Andrea Iannone (Suzuki ECSTAR) for 8th, now in chase of Miller and Rossi. Meanwhile Andrea Dovisiozo is still stuck behind his teammate, the latter one getting several times the same team communication yet not seeming to notice.

At 7 laps from the end Marc Márquez passes Johann Zarco for the lead in, but Márquez looses the front into the first corner yet, incredibly, manages to safe it and rejoins the field in 5th. In this moment, we suddenly see a crash for Jorge Lorenzo in the same lap and surprisingly we see a crash for Andrea Dovisiozo just moments after as well. Dovisiozo’s crash meaning Marc Márquez is sure of the 2017 title.

With 5 laps to go, it is a beautiful battle for the lead going between Zarco and Dani Pedrosa, the latter one seeming better in the end stages of the race. In the first corner of the last lap, Pedrosa manages to pass Zarco and keeps the top spot for the win.