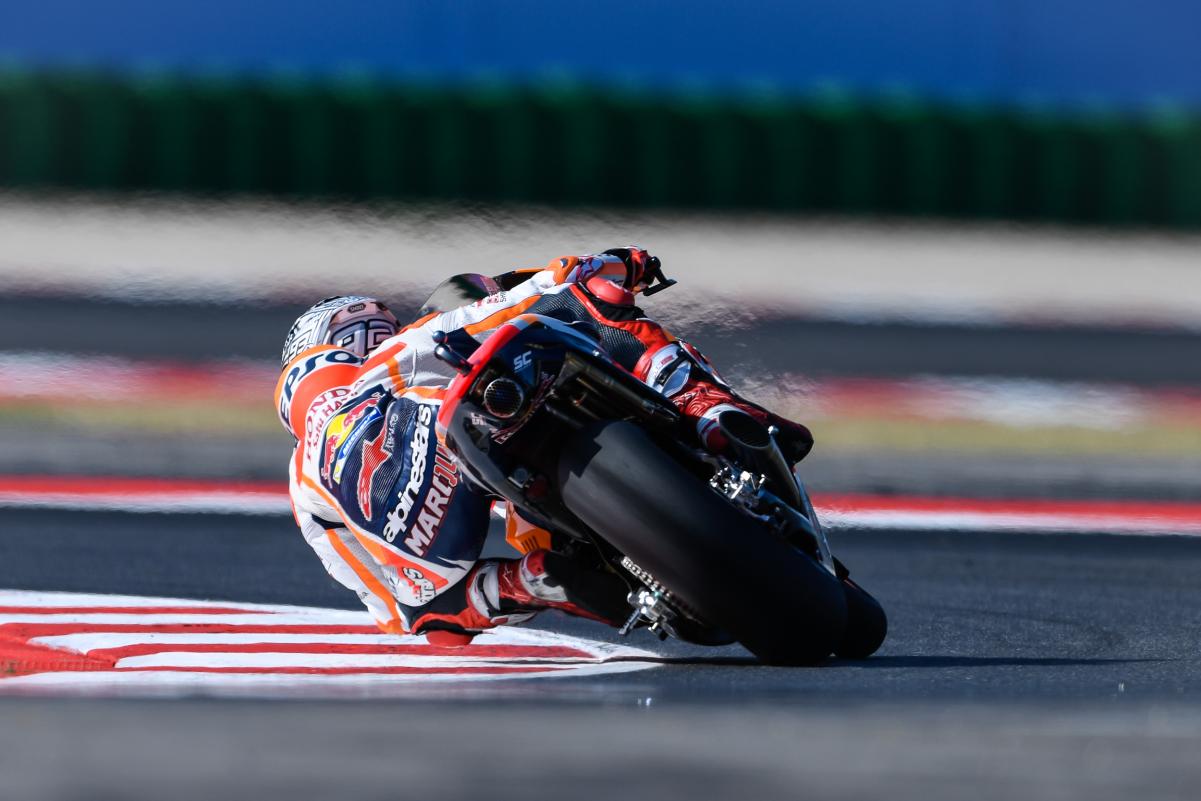 Danilo Petrucci (Octo Pramac Racing) stole the headlines on Day 1 at the Gran Premio Tribul Mastercard di San Marino e della Riviera di Rimini, taking to the top late on in the final stages of FP2 as a top ten shootout got underway. Maverick Viñales (Movistar Yamaha MotoGP) took second by only 0.005 seconds, with Andrea Dovizioso (Ducati Team) – the Championship leader – only another 0.058 further back. Dovizioso was also third quickest in FP1.

With the weather forecast for the rest of the weekend looking changeable, the grid were looking to get into that top ten for provisional direct entry into Q2 qualifying. After the day dawned damp, conditions were good for slicks in FP1 but improved in FP2, setting the stage for a good battle in the final minutes.

Behind the top three in that battle, it remained incredibly tight: Dani Pedrosa (Repsol Honda Team) was only 0.052 off third and just over a tenth off the top, with the 2016 winner also heading the timesheets briefly towards the end of the day’s action. He headed teammate Marc Marquez, who went down in a fast but low drama lowside at Turn 16 near the end of the second session – just getting back out on his second bike and completing the top five. Marquez was quickest in FP1, however.

Another crasher was LCR Honda’s Cal Crutchlow, who crashed at Turn 15, but the Brit was able to rejoin and ended Day 1 in an impressive P6 despite struggling with a finger injury sustained ahead of the event. Michele Pirro – Ducati test rider – was impressive once again after going second in FP1, taking P7 by the end of action on Friday. Jorge Lorenzo (Ducati Team) took P8, having run second for some time before the times tumbled even further.

Andrea Iannone (Team Suzuk Ecstar) had a solid start to his home GP in ninth, with the Italian well set should the weather change on Saturday. The top ten was completed by another impressive performance, this time from EG 0,0 Marc VDS rider Tito Rabat.