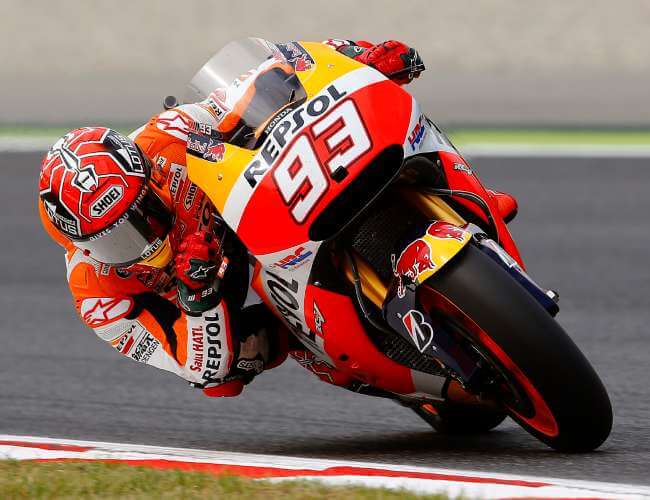 Marc Márquez is one pole again, this time in the Octo British Grand Prix. The Catalan rider managed to beat Lorenzo in a very contend session at Silverstone. Lorenzo and Pedrosa completes the top3.

After a first qualifying that was very restless, Yonny Hernández managed to get the access to Q2, under the domination of the Suzuki in that session that caused the non-access for Maverick Viñales as his teammate, Aleix Espargaró finished second in the group.

In Q2, we lived an intense battle for Pole position. The Repsol Honda Team pilots, Marc Márquez and Dani Pedrosa had a great fight with Lorenzo, the fastest in yesterday practice.

All the action in the last minutes arrives to an end, which was good for Márquez who take another pole position, his sixth of the season, which will help him on his comeback in the championship with only 7 Grand Prix remaining.

In Moto2, local hero, Sam Lowes with his Speed-Up chassis is on pole. In Moto3, maiden pole for the Spanish rider, Jorge Navarro from Estrella Galicia 0,0 Marc VDS.