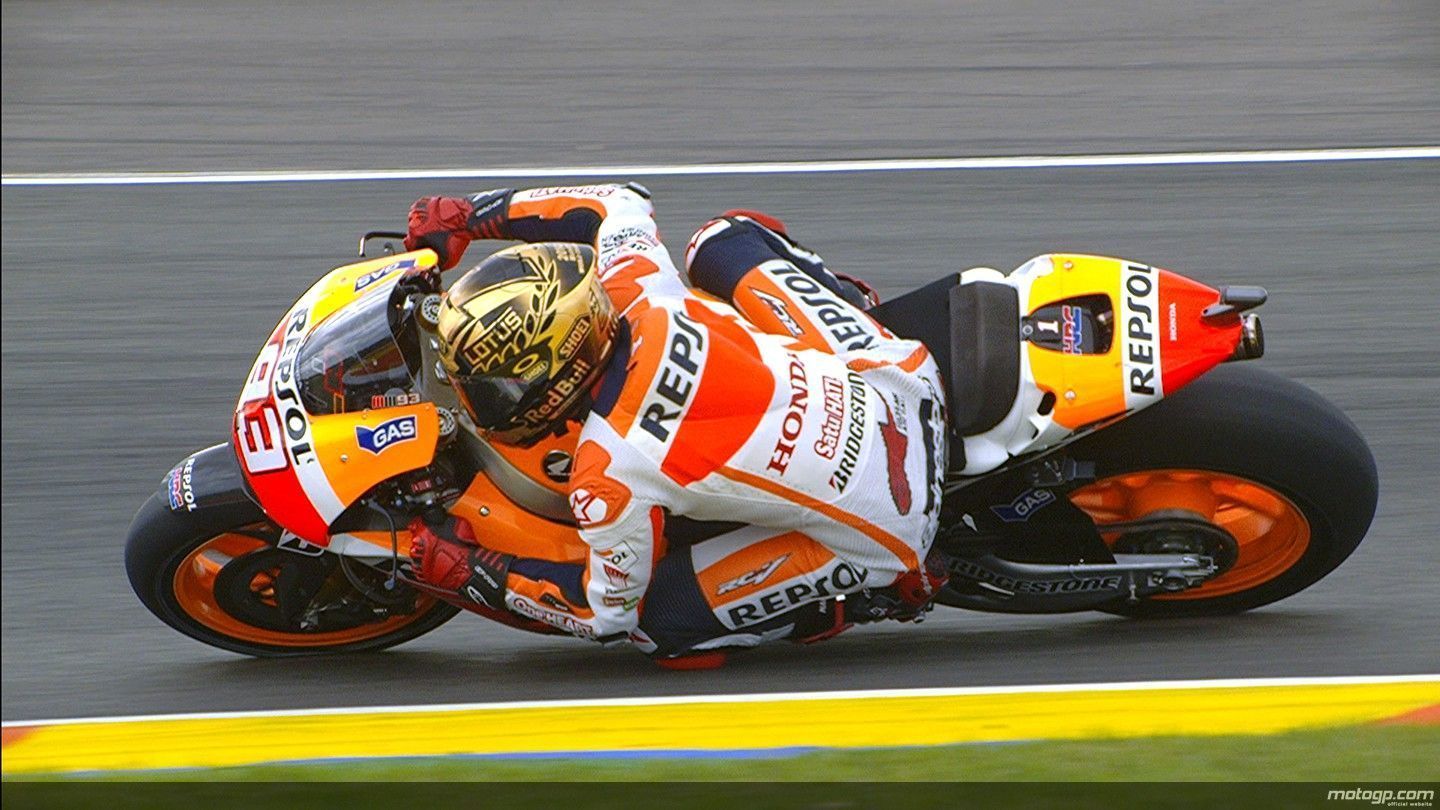 Marc Márquez has win in the Comunitat Valencia Circuit his 13 win of this season, setting a new record of 13 victories in one season in the premier class. Valentino Rossi finishes on second place, taking the runner-up position. Pedrosa completes the podium.

With 101 thousand persons in València, the beginning of the race with dry conditions helps Iannone to take the first place in the start followed by Rossi, Márquez, Pedrosa and Lorenzo; who needed to comeback to fight for the runner-up place with Valentino Rossi. The rain became in the circuit besides no rider change his bike, Lorenzo lost his confidence and lost some positions with the Ducati riders.

The Ducati’s had surprise everyone on lap 4 fighting with Pedrosa for 4th place but suddenly the Catalan rider overtook them and Lorenzo did the same when the rain had stop.

Márquez got bored in the third place and suddenly overtakes Rossi and Iannone, and makes a rapid gap between the Italian riders. Pedrosa also overtook Iannone but he wasn’t able to do the same with Rossi.

Iannone did an important mistake after been overtook by Lorenzo for 4th, and He went off at turn 8 dropping to seventh place. But on lap 11 he and Lorenzo came in to change his bike because of rain. This didn’t help any of them who had lost 6 seconds per lap, with Lorenzo entering the pits again to retire with 5 laps to go.

Finally Márquez took his 13th win of the season, scoring a new record, being the driver who takes more victories in a season of MotoGP class. Rossi achieves his runner-up place thanks to the podium, next to Pedrosa who finishes on a good place after a rollercoaster season. 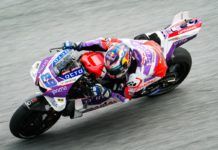