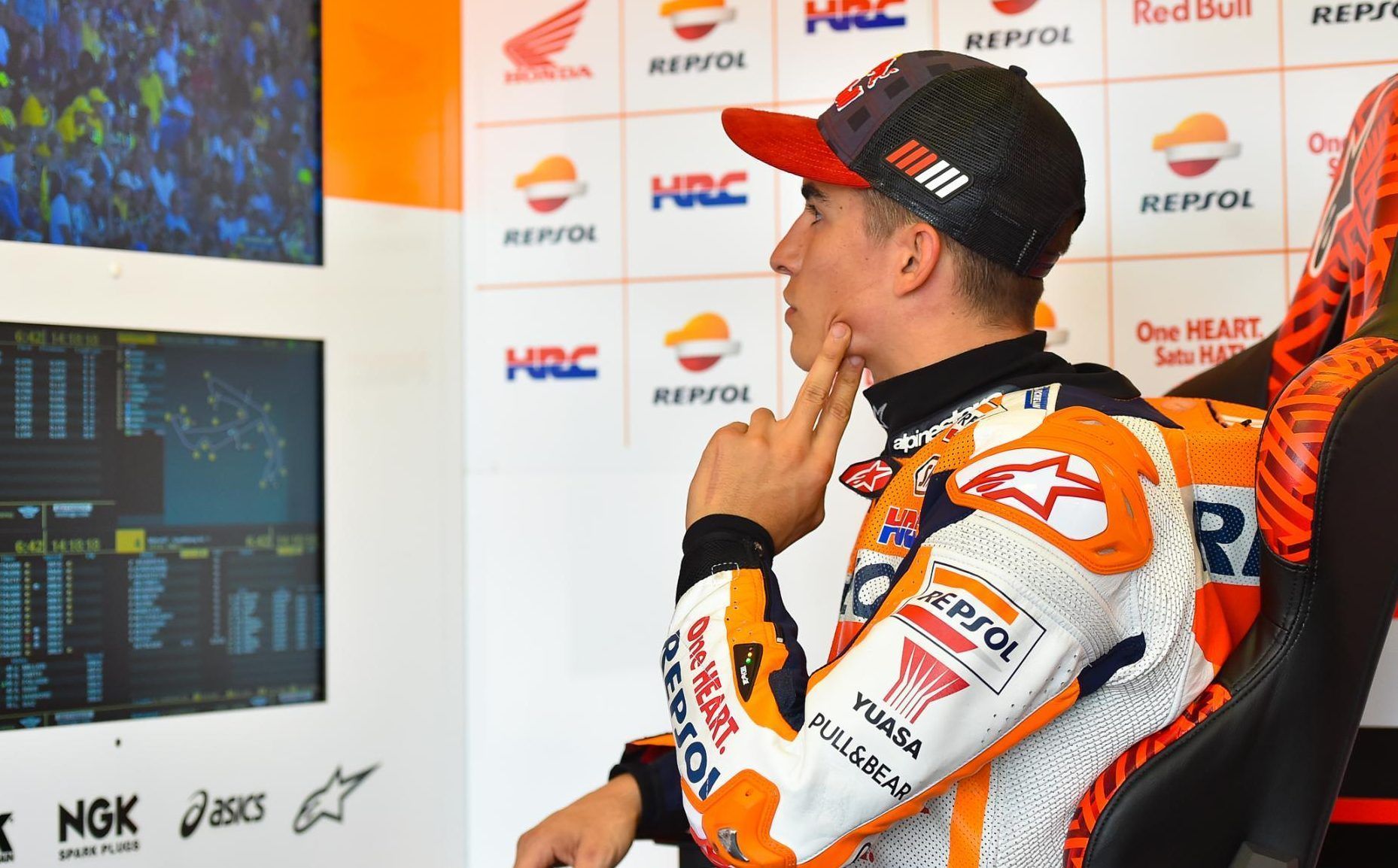 Marc Márquez (Repsol Honda) leads the first practice session of the weekend in Aragon. While all eyes were on Valentino Rossi (Movistar Yamaha), who comes back from injury.

The session started under a damp sky and not short after the start the white with red crossed flag was waived, showing that it was raining on some parts of the track. The first 15 minutes of the session were not so animated due to this, but once the track dried up a bit more drivers started to come out.

The Honda’s seem to be the ones more suitable for the track, with Márquez topping the session with a 2:01.243. Teammate Dani Pedrosa right behind him, but still 0.498s off. Johann Zarco and Jack Miller are the only ones also within a second of the Spaniard’s best time.

Jorge Lorenzo (Ducati) is in 5th, with teammate Andrea Dovisiozo only up in 10th. Valentino Rossi managed an 18th time and seems to struggle quite a bit with his injury, only managing to do 8 laps around the circuit. The Italian still managed to be in front of his teammate Maverick Viñales who only managed a 20th time.