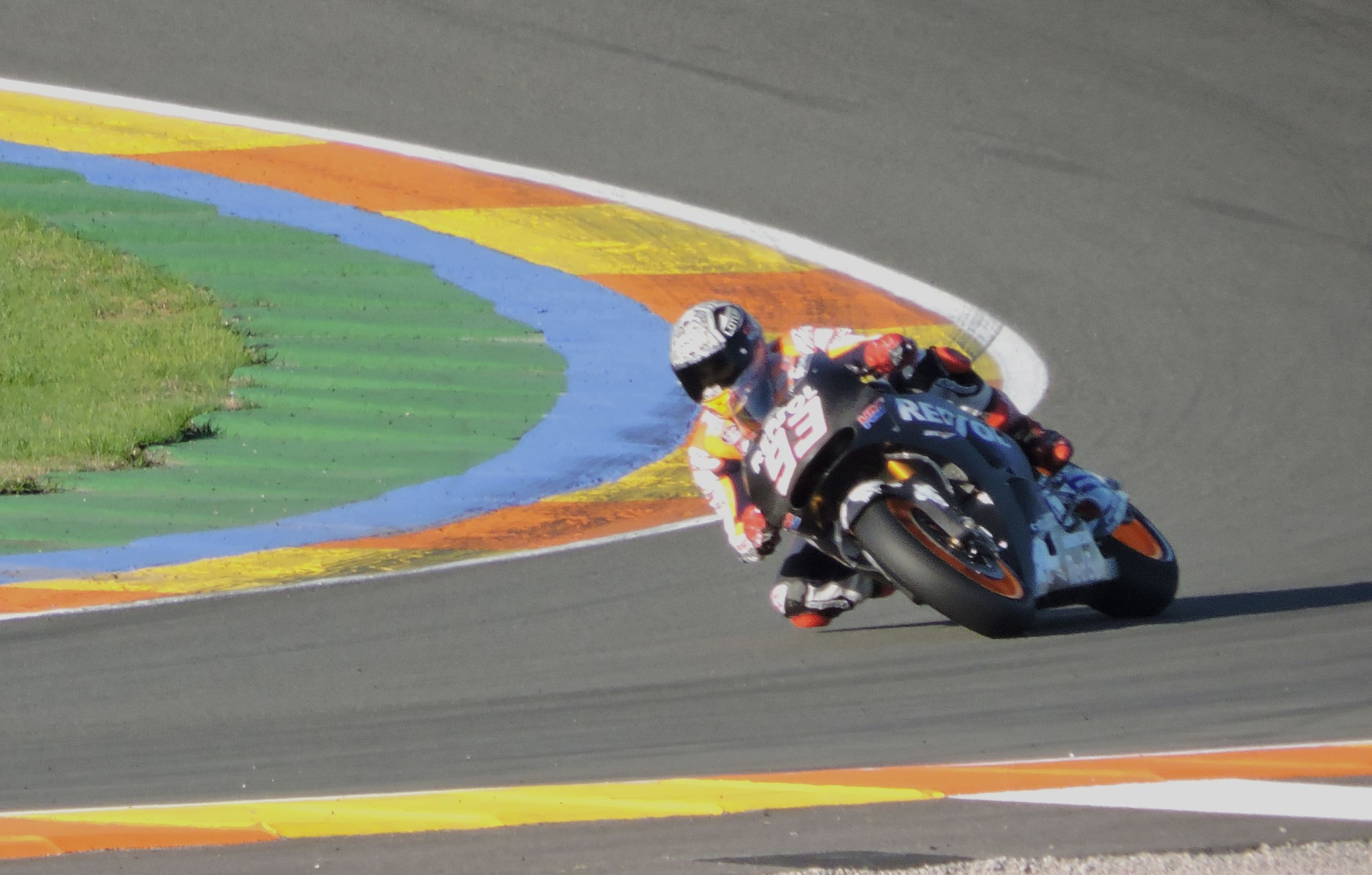 Just two days after the end of the 2015 MotoGP™ season, the 2016 season got underway with the first Official Test in Valencia on Tuesday.

On Tuesday the 2016 MotoGP™ season kicked off with the first Official test at the Comunitat Valenciana – Ricardo Tormo circuit. The new season not only sees a new rider join the MotoGP™ paddock in the shape of Tito Rabat, but also a raft of technical changes aimed at levelling the playing field along with some team line-up changes.

The technical changes include the introduction of a Spec ECU that all teams must use, Michelin taking over as the sole tyre supplier, a fuel limit of 22 litres for all and the use of seven engines for the year, plus the bikes now have to weigh a maximum of 157kg compared to 158kg in 2015.  The wheel diameter has also been increased by half an inch to 17” by Michelin, as they look to bring them more inline with road bikes.

So with this in mind and after the incredible finish to the 2015 season, all eyes were once again on Valencia today as riders took to the track for the first time in anger for the 2016 MotoGP™ World Championship season.

Repsol Honda’s Marc Marquez ended the day on top of the timesheets with a 1’31.551 as he spent the morning on his 2015 machine assessing the new Michelin tyres, before swapping to the 2016 RC213V in the afternoon. Impressively the Spaniard managed to lap within a tenth of his best time from the race at the track just two days previously despite a crash early on at turn 3. His teammate Dani Pedrosa (+0.130s) finished in third as he also assessed the new machine in the afternoon, although both riders set their best time on the 2015 bike.

Ducati Team’s Andrea Iannone (+0.088s) was second fastest despite crashing twice at turn 3, as he and his teammate Andrea Dovizioso (10th) tried out the new software and tyres on their respective GP15 machines, but they will have to wait for the Sepang test to get their hands on the Desmosedici GP16.

Team Suzuki Ecstar’s Rookie of the Year Maverick Viñales (+0.169s) ended the day in fourth, just over two-tenths quicker than his teammate Aleix Espargaro in seventh. The duo were focusing on the setup their bikes to run with the new tyres, with Viñales managing to improve his best time from the Valencia GP by over half a second, while Suzuki Test Rider’s Takuya Tsuda (22nd) and Nobuatsu Aoki (23rd) worked on the new software.

Movistar Yamaha’s newly crowned 2015 MotoGP™ World Champion Jorge Lorenzo finished 0.216s off the pace of Marquez in fifth. The man who he beat to the title in Valencia GP, his teammate Valentino Rossi, ended the day in 12th. Both riders spent the morning on the 2015 versions of their M1’s, before switching to the 2016 version in the afternoon and setting their best times of the day.

LCR Honda’s Cal Crutchlow (+0.360s) had a crash early on at turn 5 but ended up going went three tenths quicker than during the race as he tested out some Nissin brakes, ending the day in an impressive sixth.

The Monster Yamaha Tech 3 duo of Pol Espargaro and Bradley Smith occupied seventh and eighth respectively on the timesheets, as only six-hundredths of a second separated the teammates despite the former also crashing just before lunch at turn 1.

Scott Redding got his first taste of the Ducati GP15 as he made his debut with the Octo Pramac Racing team. The British rider clearly liked his new bike as he improved his best lap time from Sunday’s race by over half a second to finish in 11th. This was over two tenths quicker than his new teammate Danilo Petrucci in 13th.

The Avintia Racing team were working with the Ducati GP14.2, with the 2015 Open class champion Hector Barbera in 14th and his new teammate Loris Baz in 18th.

Jack Miller completed his switch to the Marc VDS Racing Team by finishing in 15th. The Australian improving by almost a second on his best lap time from Sunday. The test also saw the full debut of Tito Rabat in the premier class on the EG 0,0 Marc VDS Honda. The 2014 Moto2™ World Champion completing an incredible 84 laps throughout the day – 17 more than anyone else – to finish in 16th.

Aprilia Racing Team Gresini’s Stefan Bradl and Alvaro Bautista ended the day in 17th and 20th respectively, as they too chose to stick with their 2015 machines to help them work on the new tyres and electronics.

The Aspar MotoGP Team have switched to Ducati machinery for 2016, meaning that Eugene Laverty (21st) and his new teammate Yonny Hernandez (18th) both got their hands on a GP14.2 for the first time at the test. Both riders managed to improve their best times from the GP by over two-tenths as they put their new bikes through their paces.

Check out the full results from day one of the Valencia Test. The riders and teams return on Wednesday for the second day of the two-day test, which kicks off at 10am local time in Valencia.