Home Motorcycling MotoGP Márquez gets his 4th pole of the season 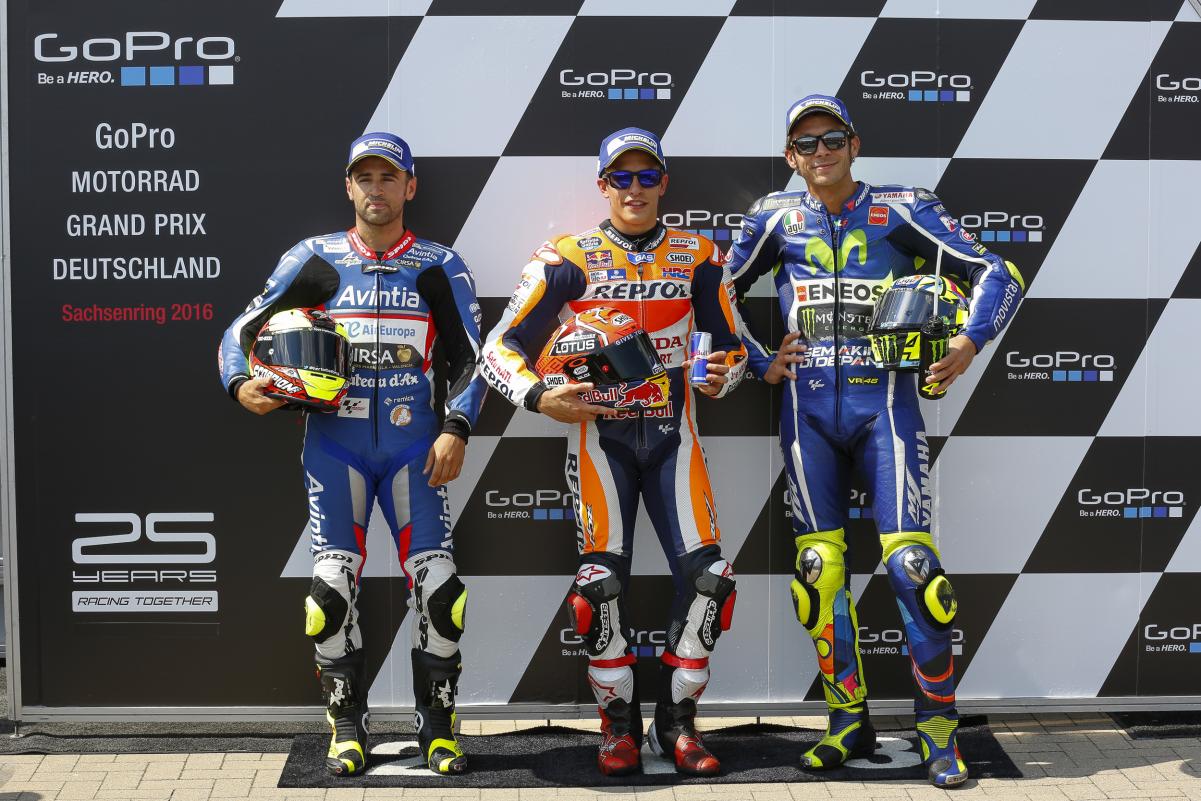 Marc Márquez gets his fourth pole of the season in the German GP. His 1.21.160 has been unreachable by the rest of his rivals. Héctor Barberá has been second, four tenths slower than Marc. Rossi was third, half a second slower and Petrucci was fourth, with the same time.

Q1 started with the surprise of Jorge Lorenzo taking place in it. It was the first time that the World Champion had to fight in it to get to the Q2. After the first laps, Jorge Lorenzo got the first place with a time of 1.21.737. Petrucci was second, four tenths behind. Crutchlow was three tenths behind the Italian and was followed by Laverty, Bradl and Smith, also three tenths farther. Jack Miller, winner of the last GP, was ninth and went off track twice.

Cal Crutchlow improved with four minutes to go and achieved the second position, overtaking Petrucci in less than two tenths. This made Lorenzo put on new tyres to avoid last minute problems.

Petrucci wasn’t happy with that so he started flying on the track and improved Lorenzo’s time in 25 thousandths with one minute to go. Lorenzo was improving in the first two sectors but fell in turn 8. However, the Spanish rider was through to Q2 because Crutchlow, third, ended 46 thousandths behind him.

With Q2 on, Iannone lost control of his bike in turn 1 after having completed two laps. Barberá got the Pole after following Márquez, but the rider from Cervera improved in the following lap. Rossi was third.

During the second half of the session, Lorenzo fell from his bike in turn 1. Márquez improved his time in 4 tenths. Barberá didn’t improve, but held his second place, which was his best result ever in a MotoGP qualifying session. Rossi finished third, followed by Petrucci, Pol, Viñales, Dovi, Aleix, Iannone, Pedrosa, Lorenzo and Hernández.