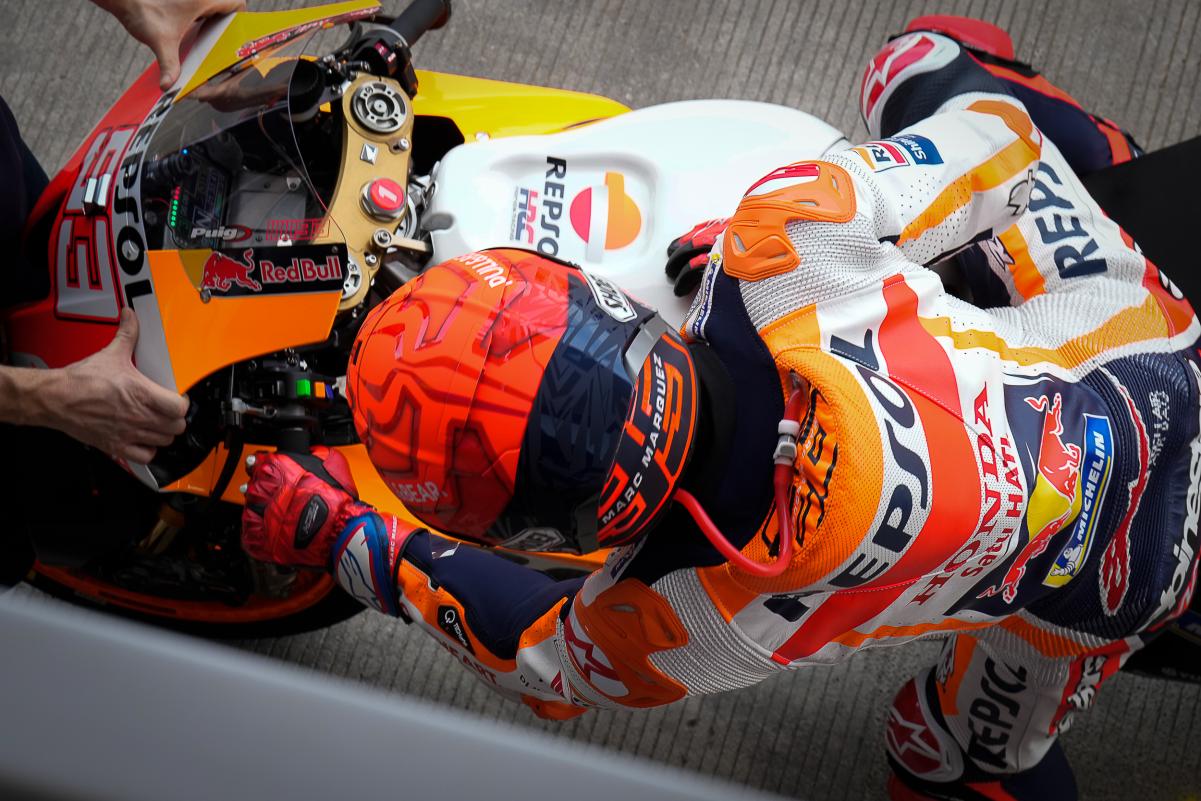 Marc Marquez writes of ‘deja vu’ following his Indonesian MotoGP incident as his eye issue has resurfaced after checks with the doctor.

After a troubled 2020 and 2021 MotoGP season, Honda’s Marquez returned to 2022 with renewed motivation and hope. Fitness concerns were always going to be there considering the extent of his injuries but the vision problem was far bigger than others.

Prior to 2022, Marquez got an all-clear from the doctors after showing good improvement. But the incidents during last weekend’s Indonesian MotoGP weekend – where he couldn’t even take part in the race – the vision problem has resurfaced.

Upon the visit to the doctor, he has been diagonised with a new episode of diplopia. Fortunately, it is not severe as the last time, but for now Marquez has to take rest. With a one week break before the next round, he has some time at hand to recover.

But only time will tell if he can do so before the rounds in Argentina and America. “The Repsol Honda Team rider experiences another episode of diplopia as a result of the heavy fall suffered during Warm Up for the Indonesian Grand Prix,” said a statement from Honda.

“Marc Marquez was declared unfit for the Indonesian Grand Prix held at the Mandalika circuit after suffering a high side at Turn 7 during Warm Up prior to the race. The MotoGP medical team confirmed that Marquez suffered a concussion and several minor traumas before being transferred to the hospital in Mataram, the capital of the island of Lombok, where he underwent a more exhaustive medical examination and a CT scan in which major injuries were ruled out.

“As a precaution, the MotoGP medical team together with the Repsol Honda Team jointly decided that Marc Marquez would not take part in the Indonesian race. During the journey back to Spain, Marc Marquez began to experience discomfort with his vision and upon his arrival in Barcelona on Monday, he had an emergency visit to the Hospital Clínic de Barcelona with his trusted ophthalmologist, Dr. Sánchez Dalmau, who after an examination confirmed a relapse in the diplopia that the rider suffered last November.

“This morning, the Spanish rider visited his medical team, led by Dr. Samuel Antuña, at the Ruber Internacional Hospital in Madrid, where Marquez underwent a general medical check-up to evaluate all the bruises caused by the crash and a brain MRI. This has reconfirmed that he did not suffer any other injuries,” it summed up.

Meanwhile, Dr. Dalmau added: “The neuro-ophthalmological evaluation carried out on Marc Marquez on Monday after the head injury that occurred at the Indonesian Grand Prix, shows a new episode of diplopia caused by a recurrence of paralysis of the fourth right nerve, with less involvement than the one that occurred in the injury in November 2021.

“After this examination, it was initially decided to follow a conservative treatment with periodic medical tests. Next week, Marc Márquez will undergo a new check-up to evaluate the evolution of the injury and to predict the estimated recovery period to return to competition.”

And Marquez noted: “It seems that I am experiencing déjà vu… During the trip back to Spain, I began to have discomfort with my vision, and we decided to visit Dr. Sánchez Dalmau, who confirmed that I have a new episode of diplopia. Fortunately, it is less severe than the injury I had at the end of last year. But now it’s time to rest and wait to see how the injury evolves. As always, thank you very much to everyone for your support.”