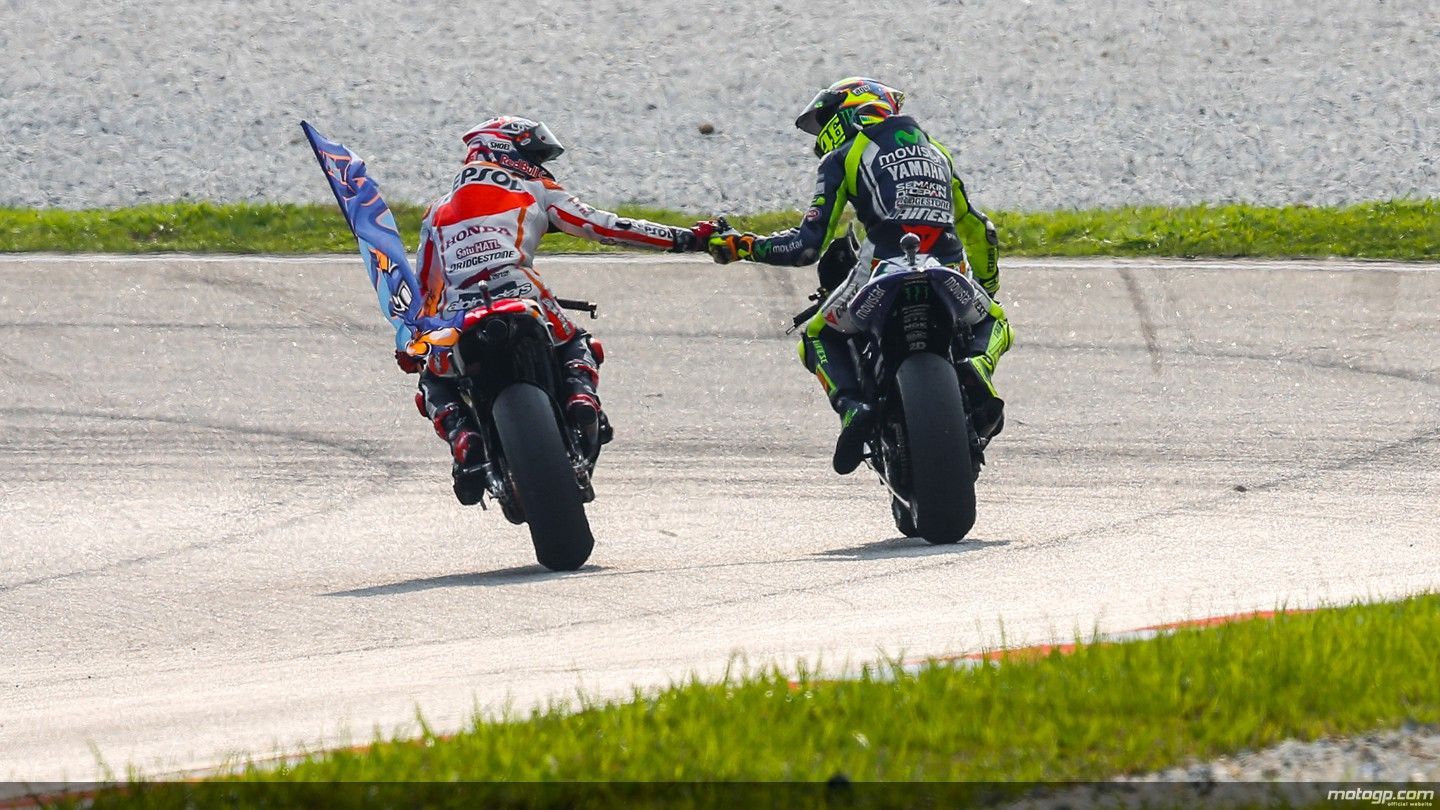 Marc Márquez has equaled the record of wins in a season of motorcycle racing legend Mick Doohan, twelve in one season, followed by Rossi and Lorenzo.

Marquez came out first but on the first turn but he ran wide, during the early laps Jorge Lorenzo took advantage but Rossi has passed the Mallorcan. Inevitably the “Cervera Thunder” has advanced five laps to the end, Valentino Rossi has finished his hunting of the Honda Pilot. Dani Pedrosa crashed on lap 3 and has rejoined the race but he crashed again a few laps later.