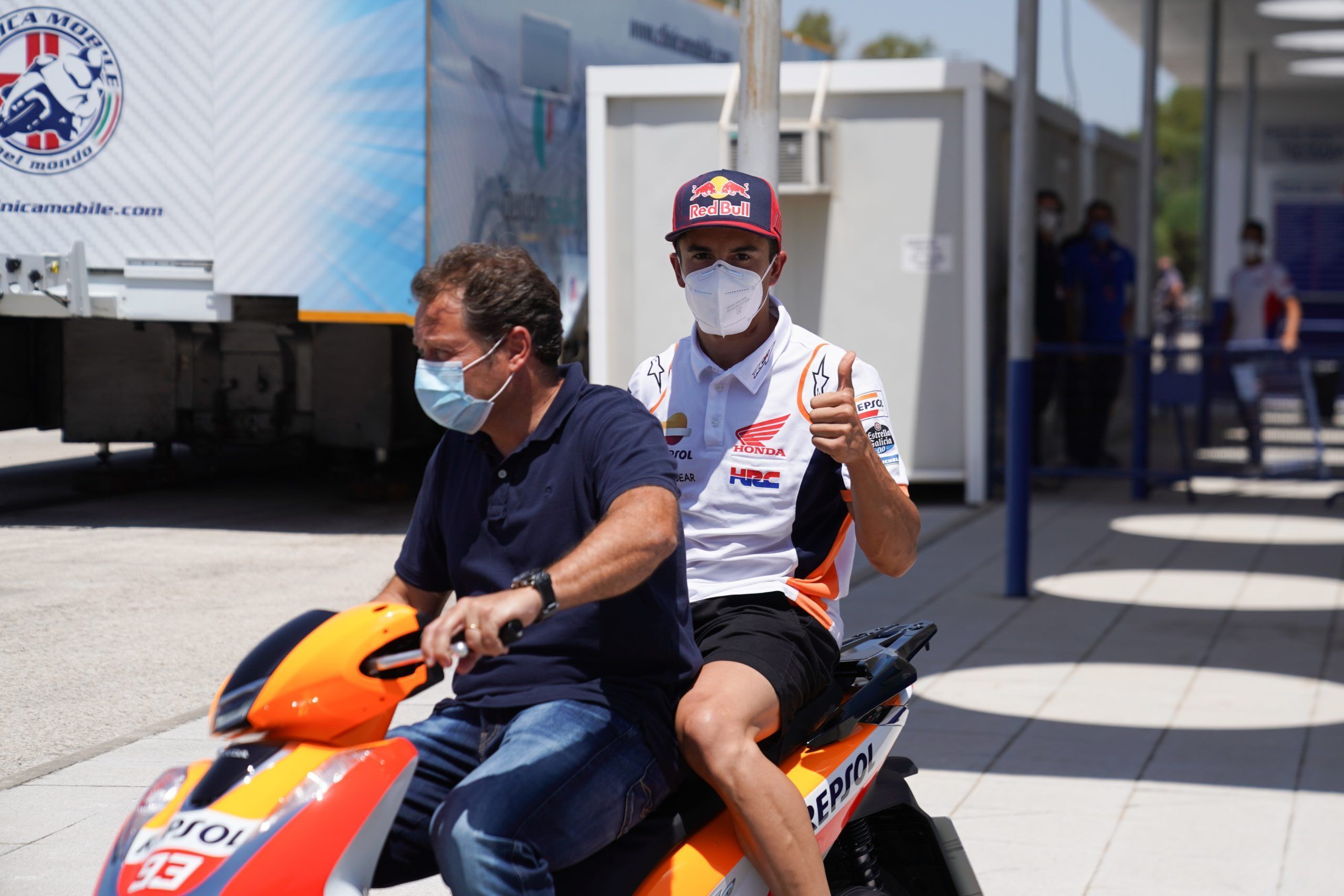 What was said to be a distant thought, could be a possibility, as the medical team of MotoGP has declared Honda’s Marquez, LCR’s Crutchlow and Suzuki’s Rins, fit to ride in this weekend’s Andalucia GP at Jerez – the venue which also hosted Round 1.

For Crutchlow and Rins, it was already known that the duo will attempt to take part in whole of the Andalucia GP but Marquez was almost ruled out. While no reason was given but Honda did not choose to replace him with Stefan Bradl.

Only Alex was destined to race but news surfaced of Marquez attempting to compete on Wednesday. He made it to Jerez from Barcelona and undertook the medical test, where the MotoGP team declared him fit to compete this weekend’s Andalucia GP.

His garage was only set-up on Thursday morning after Alex’s team got together with Marc’s to quickly get it ready. While Marquez is declared fit, he will still have to pass the crucial test on Friday in FP1, if he can actually get through the weekend or not.

The same will be for Crutchlow and Rins, who will have to pass the crucial test on track, if they can ride their respective MotoGP bikes in extreme conditions. If all three does so, it will be another insane human effort from the riders to compete even after surgeries.

Here’s news on their surgeries of Marc Marquez, Cal Crutchlow and Alex Rins