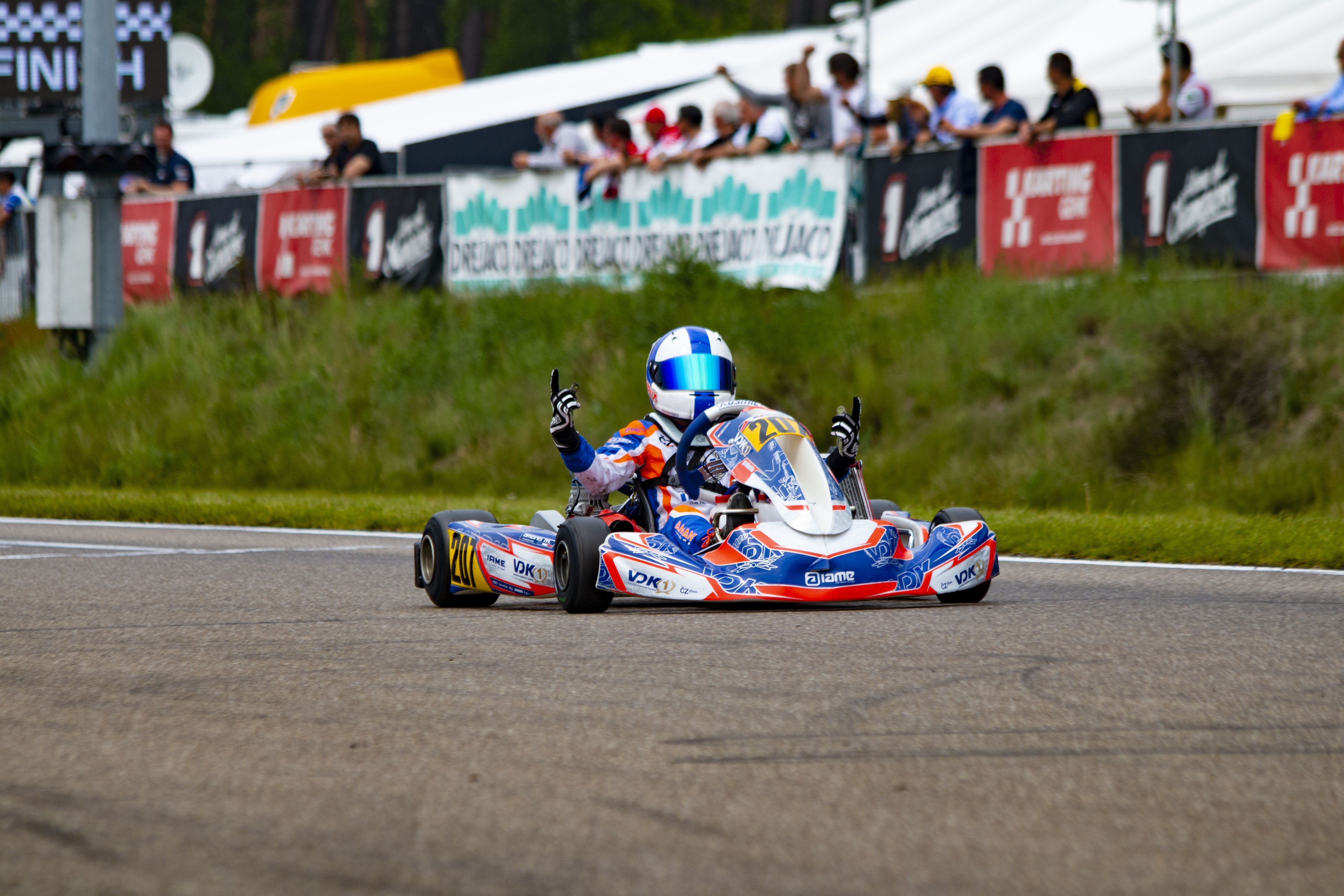 The french driver of VDK, Marcus Amand, has won a final that has been led by Alex Dunne for much of the race. The Irish rider of TonyKart has been 2nd in front of his partner, the “poleman” Nikita Bedrin. Ten Brinke would be 3rd after a subsequent penalty to Bedrin.

After the qualifying rounds, TonyKart monopolized the first line with Nikita Bedrin on the “pole” and Alex Dunne on the “counterpole”. Ten Brinke was 3rd, with Amand in 4th position and Scionti in 5th. The Spaniards were placed 22nd Dani Briz, 24th Josep Mª Martí and 27th the pilot of the Formula Rapida Racing Program, Lucas Pons. Mayer, Del Pino and Pingasov would not be lucky and would not qualify for the final.

The race started with Bedrin and Dunne in the lead holding positions. Ten Brinke was third. Amand had fallen several positions, while the Spanish pilots were already in the top 20, with Briz 19th.

Ten Brinke would take the lead, followed by Dunne and De Haan. The fight helped Amand to approach after putting 5th. The first 5 would open a wide gap but in 6th place Antonelli was with a good pace. Behind, Briz marked the fastest lap from the 13th place, with 9 posts traced from the start. Martí was just behind and Pons was placed 19th with 8 positions won.

Antonelli with fast lap included was planted with the group, when Dunne happened to lead the test. Amand would be wheel of the Irish and Bedrin 3rd. Ten Brinke would fall to 6th positions.

On lap 12 we would see a regrettable action by Lorens Lecertua. After the Belgian driver crashed with Conrad Laursen, Lorens would lose his composure and lightly attack the Danish driver in a non-sporting image that does not have to be repeated.

With three laps to go, Marcus Amand would take the lead and Alex Dunne could do nothing to prevent the Frenchman’s victory followed by both Nikita Bedrin, who had been the great dominator of the weekend. Thomas Ten Brinke and Robert De Haan closed the top 5. After the race, the stewards decided to put Nikita Bedrin’s 2-place penalty so the Dutchman, Ten Brinke, would take third place.

Highlight the great comeback of Daniel Briz, which even scored the fastest lap, being 9 places from the start to the finish line. The pilot of DPK culminated a great weekend where he was 13th, just above Pepe Martí, and he is in a great state of form in international races, despite the short schedule he has. On the other hand, the pilot of the Formula Rapida Racing Program, also pilot of the official CRG, Lucas Pons, came back 8 positions to get his first top 20 of the international season, finishing 19th.