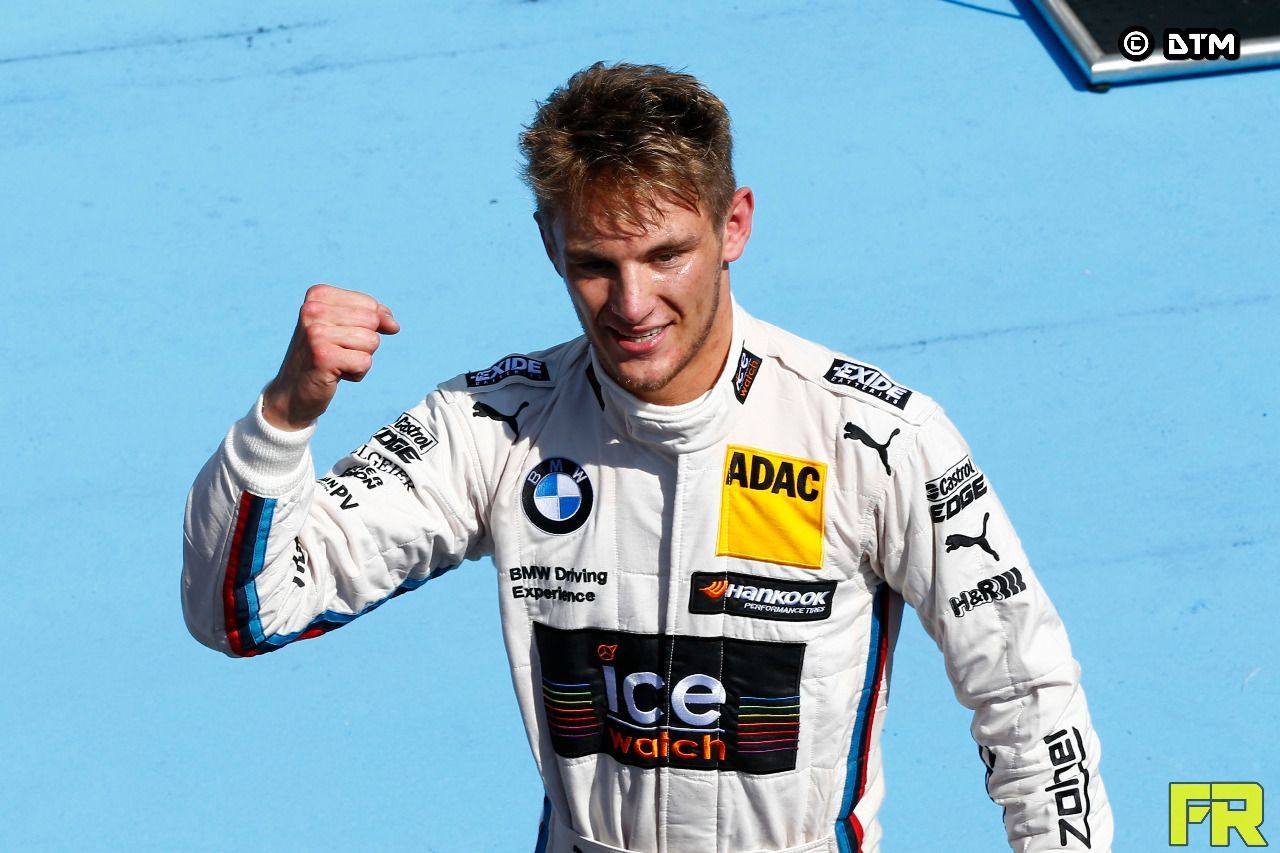 Marco Wittmann is now leading the DTM championship after finishing ahead of Michael Molina who made ??a bad start. Spengler takes the third position after overtaking in the last laps.

It was a bad start for Michael Molina as he found himself in the 8th position in the first corner. Wittmann and Glock kept their positions while Da Costa was 3d. Mortara made an outstanding start, he climbed 10 positions at once and took the 5th place. However three laps later, Molina was back in business, he recovered four positions and took the 4th place all the while keeping pace with the leaders. Meanwhile, Gary Paffett had to leave the race after a contact with Joey Hand.

Before he could make a pit stop, Timo Scheider also had to quit the race because of a puncture that led him to lose the control of the vehicle. Right after that, Molina took the 3d place from Da Costa and was 7 seconds after the leader.

When Augusto Farfus pitted it looked like his team had not prepared the right tires and his stop took forever. Apparently the team was not expecting him but his teammate and the whole thing resulted in a big mess. Later on Farfus parked the car in the box and withdrew from the race. Da Costa also stopped to put hard tires on while Miguel Molina and Timo Glock were fighting on track. Molina was already second, 5 seconds behind Wittmann. All three leaders stopped on lap 19 to put hard tires while their gaps remained the same.

Molina showed that the Audi has the best pace while slowly cutting tenths from Wittmann while Mortara, Glock  were fighting for the 3d place. Da Costa engaged with Rockenfeller later on.

With five laps remaining, Molina was not able to gain any more time on Marco Wittmann and started to lose some on the contrary. Behind him, the fight did not bring any change to the position except the appearance of Bruno Spengler, who made an amazing race and Martin who gave much excitement in the final laps. Spengler showed his strength by overtaking Mortara for the 3d place while Rockenfeller made a mistake that sent him to the 10th place. Nico Müller was also one to join the fight.

Timo Glock and Da Costa, also on hard tires, lost many positions. The exit strategy with hard tires worked very well. Yet Glock suffered an accident with Müller in the last lap. At the end of the straight, Glock destroyed the car while Müller spinned.

Molina ultimately finished the race with a six-second gap to Wittmann while Spengler completed the podium. Mortara brilliantly defended his fourth position. Bad luck for Glock, Da Costa and Rockenfeller, who got trapped by a series of faster drivers on soft tires.

Wittmann still leads the championship despite Rockenfeller’s efforts who is now second. Mortara and Molina follow them with a gap of more than twenty points.

The next race will take place in four weeks at Norisring.