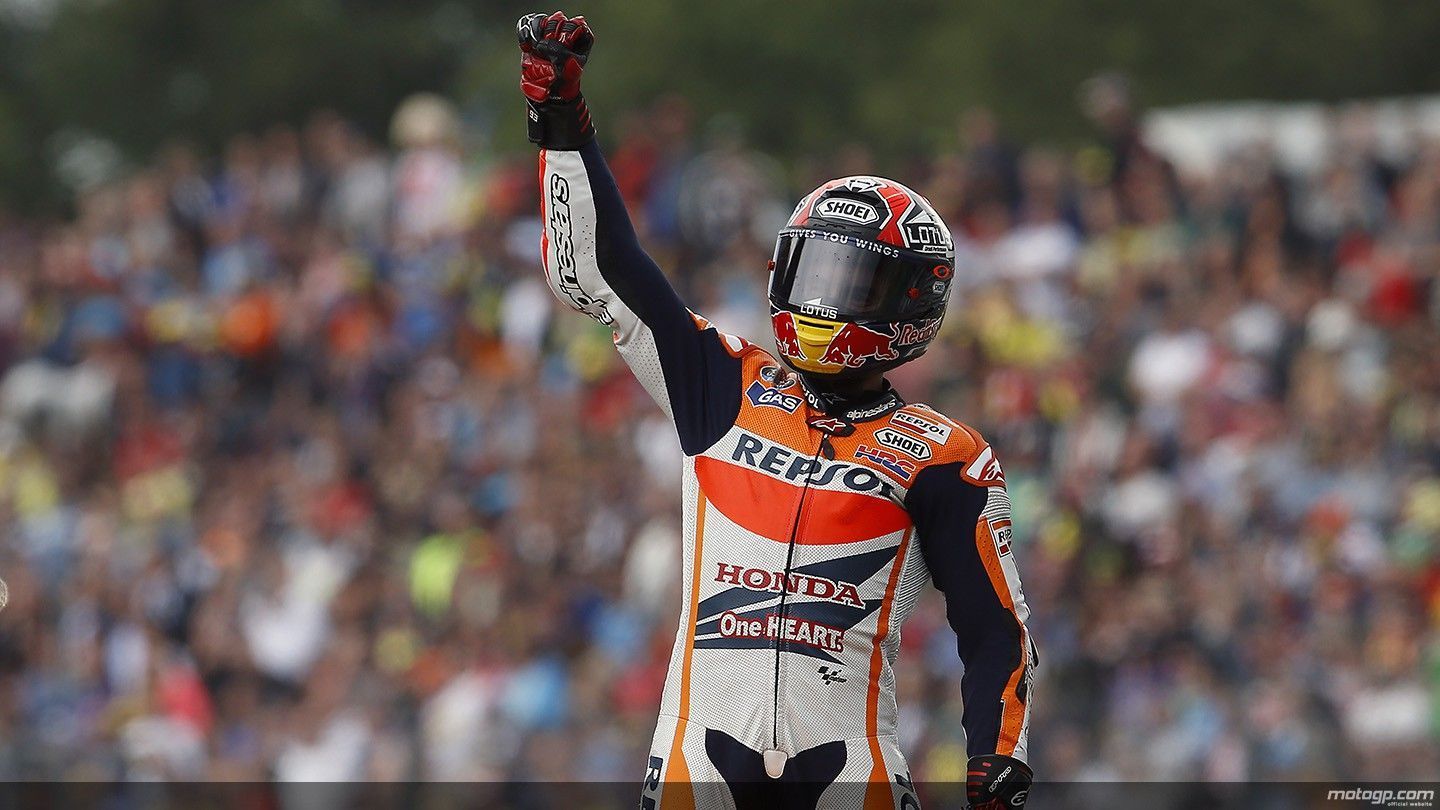 Marc Marquez has made history today at Motegi becoming the youngest  two times champion in the history of Moto GP in the first race where he had to tie the title option. The victory was won by Lorenzo Marquez was second and Rossi closed the podium. Dani Pedrosa was fourth.

Moto GP riders were prepared to exit and give 24 laps . Especially Dovizioso from pole on his Ducati and Marquez today could become the youngest two times champion of Moto Gp.

The light turned off and the Yamahas started the race like lightning  standing at the top while the Honda remained behind Dovi’s and Iannone’s Ducati. The start was clean although in the early stages Crutchlow was going down.

On lap 5 Lorenzo overtook Rossi and began to pull away but behind the Hondas couldn’t pass Dovizioso who was a wall. Finally on lap 8 Marquez ahead to Italian and began to cut the gap to Rossi. Pedrosa also gave chase to the Ducati a few laps later.

And after the fall of Abraham we would see the duel of the race, a beautiful duel between Rossi and Marquez would have its outcome at 9 laps to the end taking the stake in the Márquez second attempt overtaking on the Yamaha rider.

Things would remain until the end because Marquez did enough to finish second and Pedrosa and Rossi couldn’t reach him.

Victory for Lorenzo and double world champion of Moto GP for Marc Marquez, with the second position and stay ahead of Pedrosa and Rossi, he was not risked enough. Closed the podium Valentino Rossi and Pedrosa fourth.