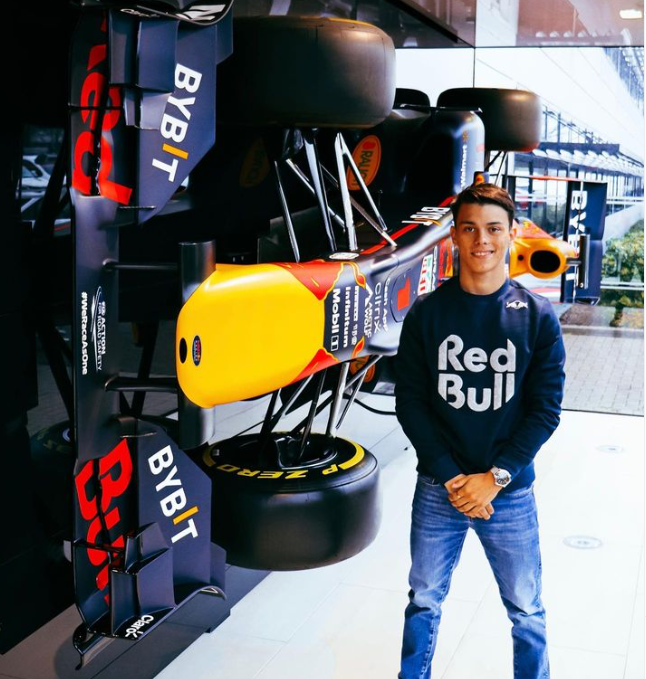 F3 front-runner Zane Maloney is the latest driver to join the Red Bull Junior Team as he will also take up the F1 reserve role for 2023.

After Enzo Fittipaldi announced about joining Red Bull Junior Team for 2023 during the Brazil GP weekend, F3 front-runner Maloney is the latest to announce his joining for next season. He posted a picture of being at the Milton Keynes base.

In fact, Maloney mentioned about being a F1 reserve too his his social media post. But the official note from Red Bull is yet to come for either Fittipaldi or the driver managed by ADD Management, who also looks after McLaren driver Lando Norris.

In his first year in F3 with Trident, Maloney was a title contender only to lose it to Victor Martins in the final round. He made his F2 debut with the Italian outfit in Abu Dhabi and tested with Carlin in the post-season test at the same venue.

He is most certainly to compete in F2 in 2023 as his Fittipaldi. With Dennis Hauger already confirmed at MP Motorsport, there will be three Red Bull juniors on the feeder grid for now, with more names likely to be announced in due course.

The ones from Red Bull family who are likely to race in F2 are Ayumu Iwasa, Jak Crawford and Isack Hadjar, with Jonny Edgar likely to remain in F3. From the current pack, Liam Lawson is set to race in Super Formula, while Jehan Daruvala could be dropped along with Juri Vips.

“I am thrilled to announce that I will be a part of the Red Bull Racing Junior Team and F1 Reserve Driver in 2023. I am grateful for the opportunity and support, and look forward to getting the season started,” wrote Maloney.