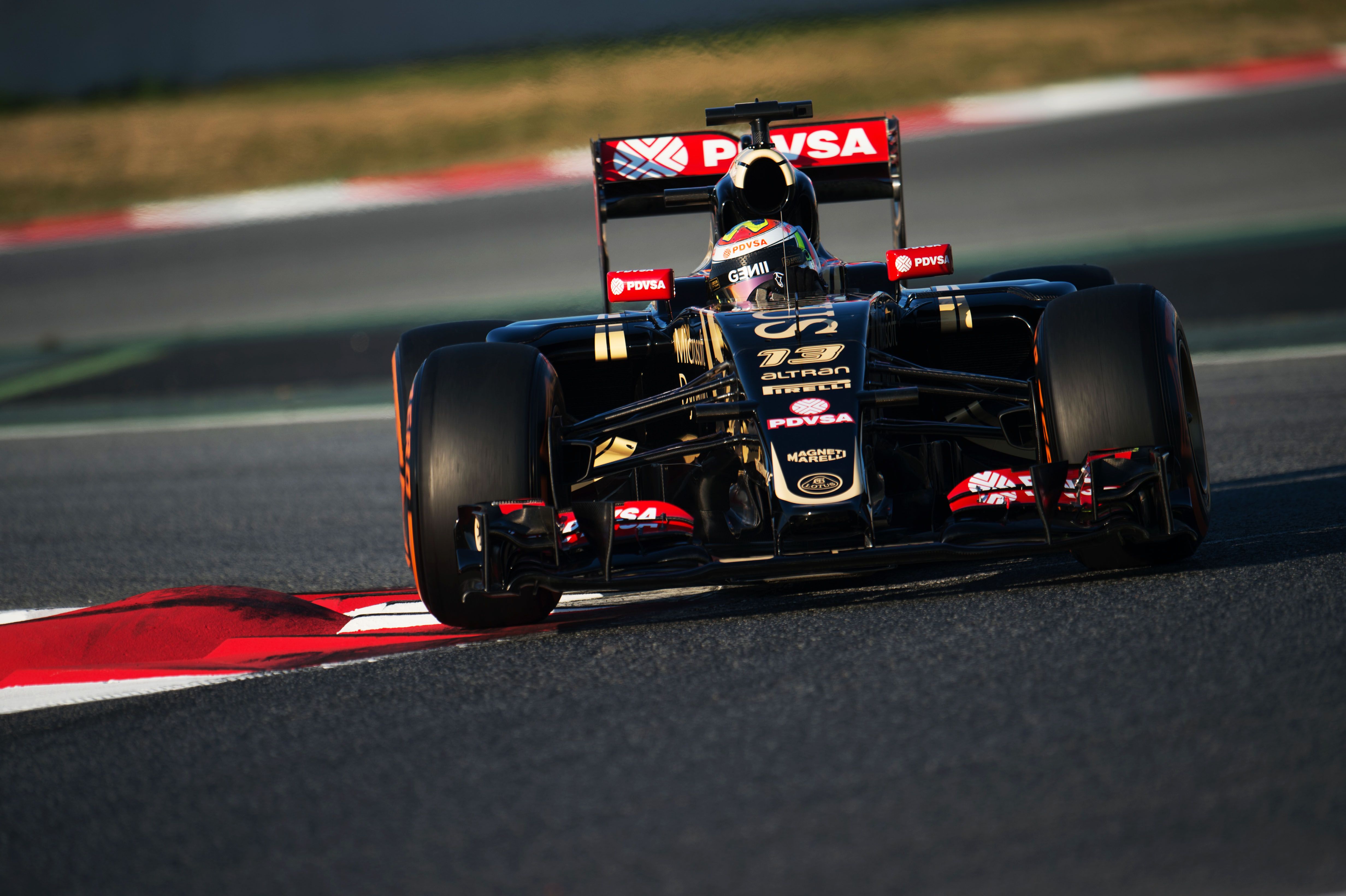 Lotus’s Pastor Maldonado took advantage of a late soft tyre run to top an incident-filled first day of testing at Barcelona on Thursday.

Maldonado, who stopped twice with sensor issues in the morning, clocked a lap of 1m 25.011s in the E23 Hybrid with just under an hour of the session remaining to eclipse long-time pacesetter Kimi Raikkonen.

“It is always good to see your name at the top of the timing monitors and my fastest lap was just in the course of our normal programme for the day,” said the Venezuelan. “It feels good to drive the E23 in Barcelona. The car responded well to the changes we made and we were able to complete a good number of laps. The team has made strong progress since Jerez and we have a great starting point for the rest of the week.”

Raikkonen ended up just 0.156s back on what was another encouraging day for Ferrari, with the 2007 world champion completing 70 trouble-free laps in the SF15-T.Interestingly, both Maldonado and Raikkonen were faster than Lewis Hamilton’s 2014 pole position time at the same track for Mercedes.

Daniel Ricciardo had a couple of minor offs on his way to third fastest for Red Bull, just ahead of Sergio Perez in the year-old Force India VJM07. The Mexican hadn’t expected to be behind the wheel until Friday, but at the lunch break Pascal Wehrlein, who’d been driving for the Silverstone-based team on loan from Mercedes, was recalled to replace an unwell Lewis Hamilton. The world champion managed just 11 laps in the morning before deciding to end his day early.

Felipe Nasr gave more encouragement to Sauber by topping the morning timesheet, but in the afternoon the Brazilian rookie was involved in an unusual tangle with Williams’ Susie Wolff which left both drivers in the gravel and in need of repairs. Nasr eventually finished in fifth, Wolff in tenth.

“We had quite a lot of damage to fix, which hurt our programme,” said Nasr. “Considering the damage, the team did an amazing job to put the car back together in only a few hours. We were able to go out again and complete some checks. Despite the incident, it was a good day and I am positive about what I have seen today.”

Max Verstappen led the lap count, completing 94 for Toro Rosso on his way to the sixth best time of the day.

“We didn’t get as much done in the morning as we would have liked, but in the afternoon, we picked up the pace and I completed almost a race distance,” commented the Dutchman. “I’m very pleased about managing that, as it’s the first time I’ve done that many laps and it was a very useful experience. The same goes for the pit stops and the other race procedures that we practised.”

McLaren’s Jenson Button had a considerably less productive time for McLaren. The Englishman recorded an encouraging lap of 1m 28.182s in the morning before being sidelined for the rest of the session by a faulty seal on the MGU-K part of his Honda power unit.

“We’ll need to run a re-designed component to avoid a potential repeat of the problem,” said Yasuhisa Arai, Honda’s chief motorsport officer. “Unfortunately, we won’t be in possession of that updated part until Saturday, which means that we may face the same problem when we run again tomorrow.

“Such issues are all part of testing, but we’ll make the best changes we can overnight, and will plan for a productive day of running – with Fernando [Alonso] behind the wheel – tomorrow.”

Wehrlein ended with near identical lap times for both Force India and Mercedes, with team mate Hamilton in the unusual position of rounding out the timesheet.

“To drive two Formula One cars in one day was amazing, so I’m very happy,” commented Wehrlein. “We lost a bit of time in the garage which was a shame as I would have liked to do some more laps. But the time I had I really enjoyed.

“Spending the morning with Force India, also, was a great experience. It’s a good team, everyone was really welcoming and after a few laps I felt very confident in the car. I will have another day with them this week so I am really looking forward to getting back out there again.”

Testing continues at Barcelona on Friday.