Home F1 Maldonado puts Lotus back on top in Barcelona 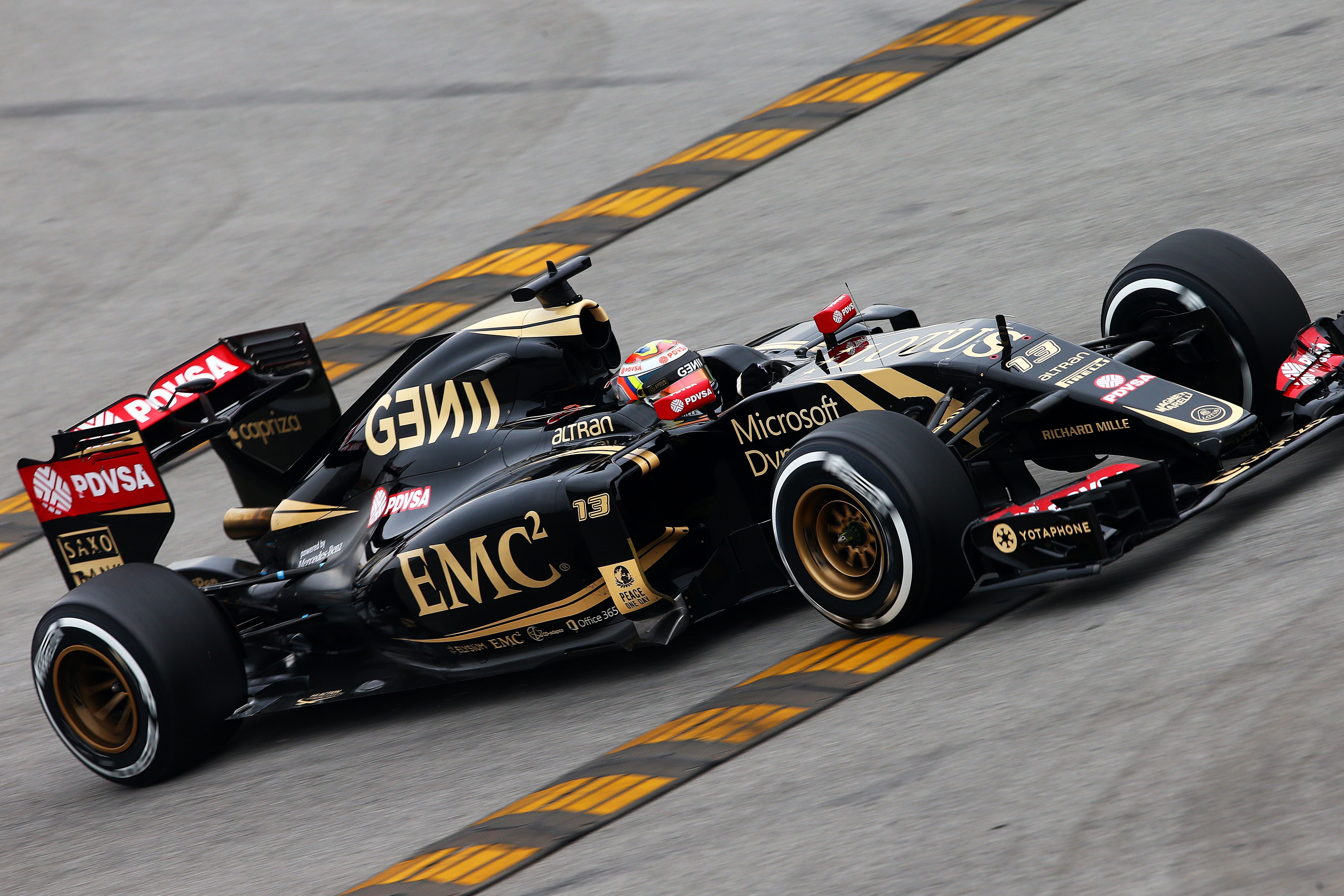 Pastor Maldonado topped the timesheets for the second time in three days as Lotus continued their encouraging pre-season testing form in Barcelona on Saturday.

The Venezuelan driver, quickest on the opening day of the test on Thursday, lapped the Catalan circuit in 1m 24.348s on supersoft tyres in the afternoon session to finish just under four tenths of a second clear of Toro Rosso rookie Max Verstappen.

“We achieved a lot today and it was great to complete so many laps and end the day as the fastest car,” said Maldonado.

“Certainly, I feel much more confident in the E23 and we’re learning a lot about it with all the laps we’re completing. I’m able to push when needed and everything about the whole package feels a lot more together than last year, especially if you remember where we were in terms of performance and reliability during the pre-season in 2014.

“We still have a lot of work to do, but we’re making very good progress so we’re all very positive about the work being done.”

Verstappen, who also used supersoft tyres to set his best time, albeit in the morning session just before a brief shower hit the track, was the day’s lap leader. The Dutch teenager completed an impressive 129 circuits – equivalent to nearly two Grand Prix distances.

“He did a mix of short and long runs and practiced various race procedures that are new to him, including ‘lift off’, the technique for saving fuel during periods of a Grand Prix. He also had plenty of pit stop practice and that’s what caused him to stop just before the end of the day, as the clutch had had enough.”

World champion Lewis Hamilton was third fastest for Mercedes, just ahead of Sauber’s Marcus Ericsson who spent much of the morning consigned to the garage with gearbox issues. The Swede eventually racked up 53 laps; the Briton 101.

“It was a hard day out there physically,” said Hamilton, who is still recovering from illness, “but I’ll make sure I’m better for next week and come back stronger.

“The biggest issue at the moment is actually getting the tyres working properly. There’s temperature in them but they just don’t seem to ever be in the operating window. Hopefully when we see warmer temperatures they’ll be better. The car itself feels solid and we’ve been good on reliability. There are areas we can improve on – but we’re taking it one step at a time and each step so far has been forwards, not backwards, so it’s been quite positive.”

Sebastian Vettel also cracked the 100-lap barrier for Ferrari after recovering from an embarrassing start to the day when he spun his SF15-T into the gravel on his out lap from the pits, bringing out the red flags. The German ended with a best time of 1m 26.407s, which was marginally quicker than Daniil Kvyat’s best effort for Vettel’s former team, Red Bull.

Williams split their running between Felipe Massa and Valtteri Bottas, with the Brazilian recording 55 laps in the morning and the Finn 49 laps in the afternoon. Massa set the slightly quicker time of the two drivers, though Bottas spent much of his spell in the car doing pit stop practice.

Mercedes reserve driver Pascal Wehrlein split the two Williams cars on the timesheet; the young German lapping in 1m 27.333s as he continued his spell in Force India’s year-old VJM07.

Bringing up the rear was Jenson Button on what was another hugely frustrating day for McLaren. The Briton completed just 24 laps, many of them at reduced power, as the team continued to be afflicted by problems with the MGU-K element of their Honda power unit.

Testing concludes at Barcelona on Sunday.