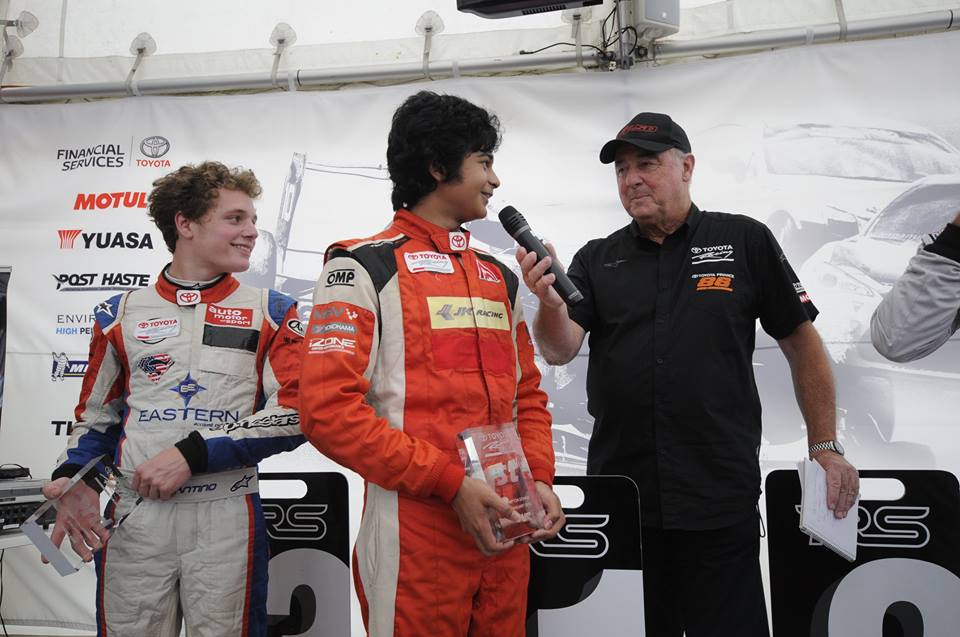 Arjun Maini has won the first race of round three in the 2015 Toyota Racing Series, fighting off a determined challenge from British driver Sam MacLeod.

The win cuts Canadian driver Lance Stroll’s championship points lead to just 13 points, with Stroll starting off the rear of the next race tomorrow morning.
In a race punctuated by three red flag/safety car restarts, Maini led home French driver Brandon Maisano with quick American Santino Ferrucci third.
Maini had qualified quickest in the morning session with Sam MacLeod lining up alongside in P2. The second row held Brandon Maisano and Callum Ilott. James Munro had qualified fastest New Zealander in ninth place.
“It was a great run through qualifying, good lap times for all the top five,” said Maini.
At race start, Maini then held the lead through the first lap, defending against an aggressive challenge from MacLeod, but a four car tangle leading up to the hairpin taking Thomas Randle, Jamie Conroy, Matteo Ferrer and Alfonso Celis out of the race. A second red flag after the restart took lance Stroll and Charlie Eastwood out, and Brendon Leitch brought out a third red flag when he went off in lap 11. The race was declared at this point.
Maini set a new race lap record on his way to the win with a 1:00.154 on lap 10.
Race two for ?TRS? starts at 11.00 am Sunday morning; the feature race for the NZ Motor Cup is at 3.00 pm NZDST.