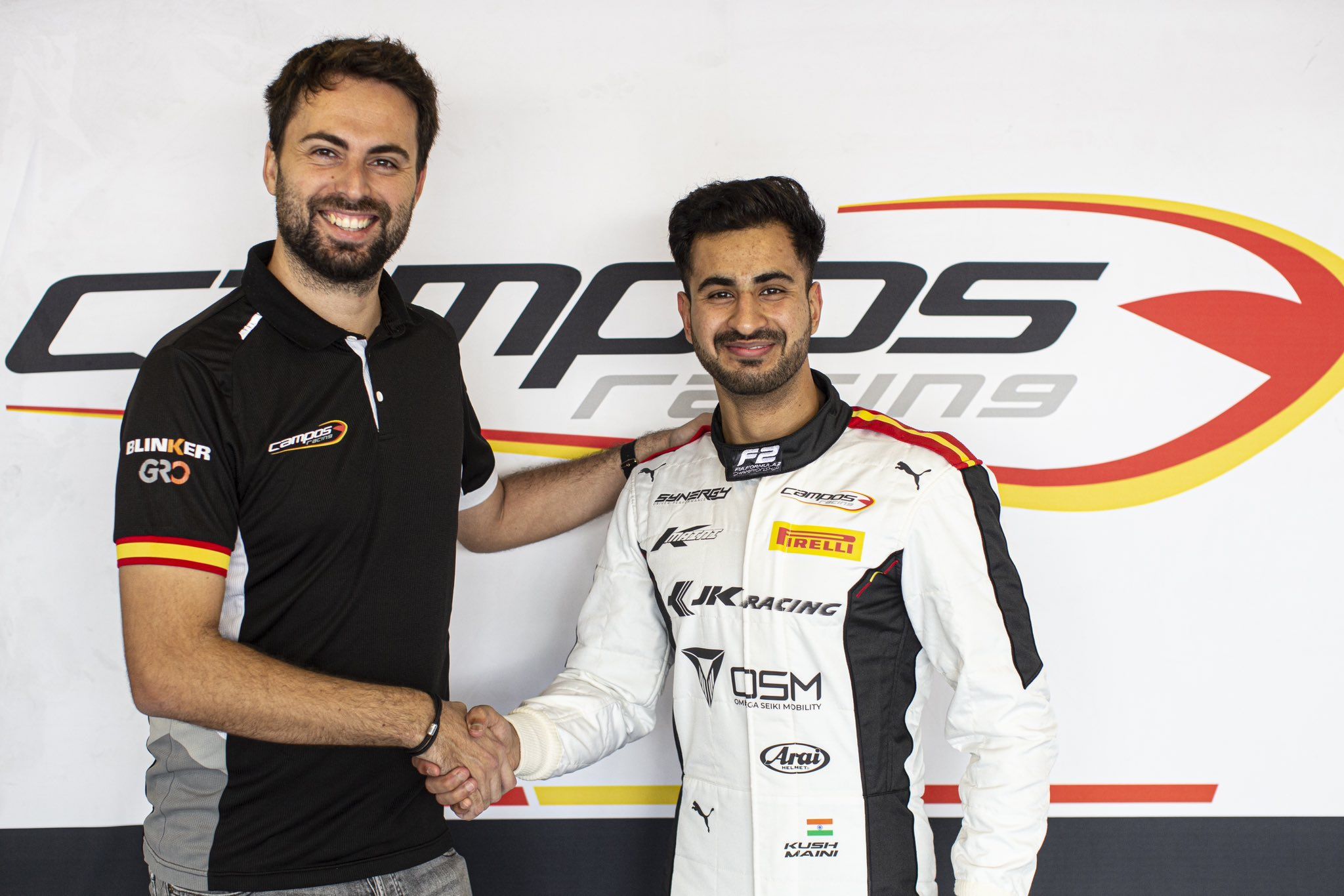 Kush Maini will step up to FIA Formula 2 (F2) Championship in 2023 with Campos Racing as he completes its line-up.

After Campos announced Ralph Boschung to continue with them, its 2023 line-up is now complete after the signing of Maini – young brother of Arjun – for his rookie F2 season. The Indian racer steps up the highest level of feeder series after a year in F3.

He raced for MP Motorsport with an up and down first year where he also had a podium against his name. Kush isn’t the first Maini to race for Campos as elder brother Arjun has competed for the Spanish F2 team at selected events previously.

“Super happy to be joining Campos Racing team,” said Maini, who will take part in the Abu Dhabi test too. “I’ve spent sometime with the team at their workshop and really enjoyed the atmosphere and the professionalism, looking forward to the 3 day test at Abu Dhabi to officially start our relationship together! I would like to thank Mumbai Falcons, Omega Seiki Mobility and JK Racing for all their support.”

At the same time, team boss Adrian Campos added: “On behalf of Campos Racing, I would like to extend a warm welcome to Kush (Maini). He is a very committed, professional racing driver with a great work capacity, so we expect he will be able to complete a strong rookie season next year. He carried out some strong performances in FIA Formula 3 this season and hopefully he will make further improvements in the ultra-competitive FIA F2 Championship.”