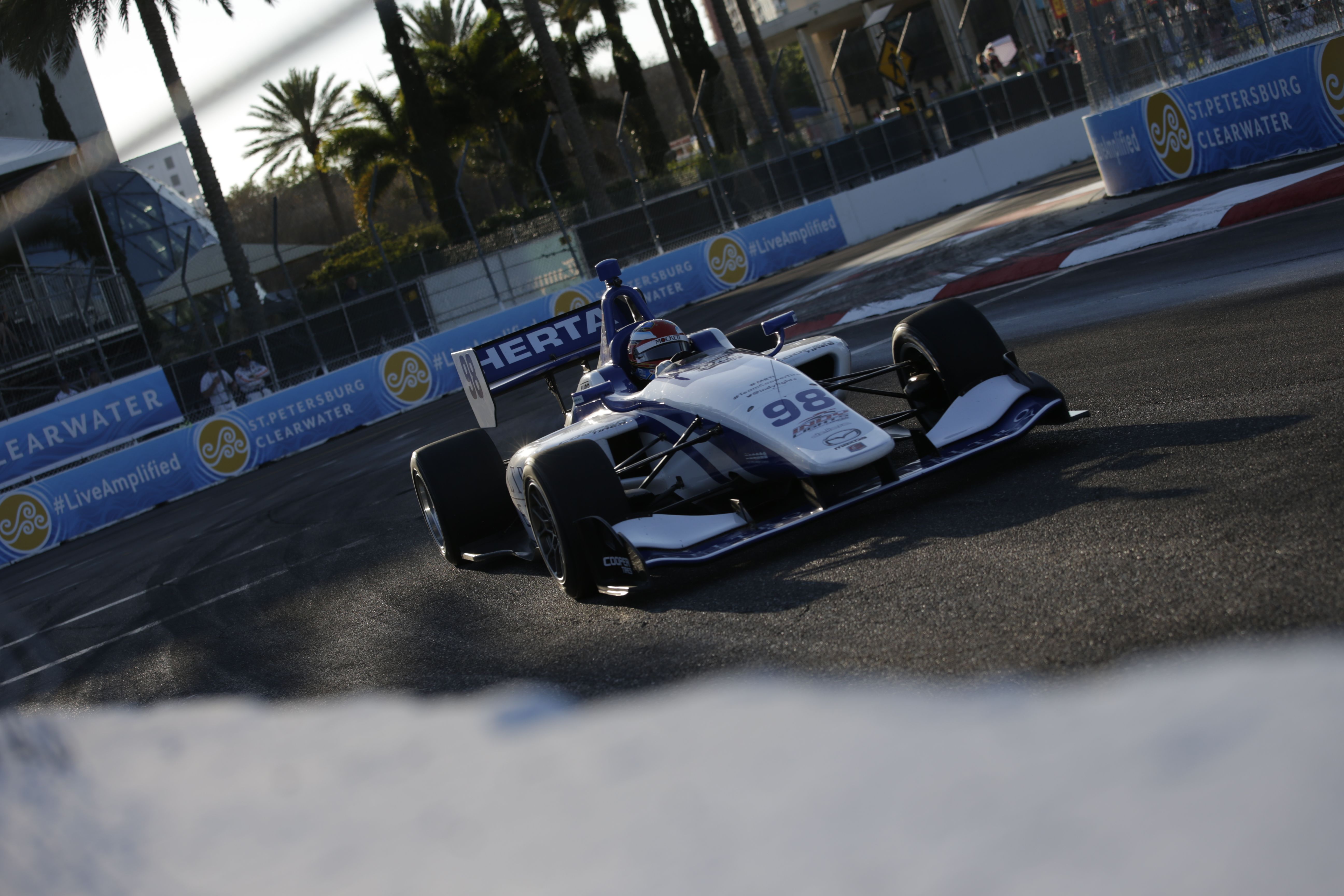 Colton Herta has taken a lights-to-flag victory in Indy Lights race 2 at Saint Petersburg, Florida. The American finished ahead of Santiago Urrutia and Patricio O’Ward, in his second race in the series.

The rookie driver then overtook the BRDC F3 champion, Matheus Leist (Carlin) for sixth position. Up in front was Kellet who was overtook by Patricio O’Ward (Team Pelfrey). The Mexican driver then catch Kaiser in the battle for third. O’Ward overtook the Californian driver before the second caution of the race.

This one was due to Kellet spun at turn 8. The Andretti driver broke his front-wheel. This situation was only for two laps, because when the race returned to green flag, Kaiser take the third position back on O’Ward.

But Garth Rickards (Carlin) crashed out at turn 3 causing the last yellow flag period of the race.

From then on, Herta controlled the race in the lead, ahead of Urrutia. O’Ward closed the podium position after a gran manoeuvre on Kaiser at turn 2.