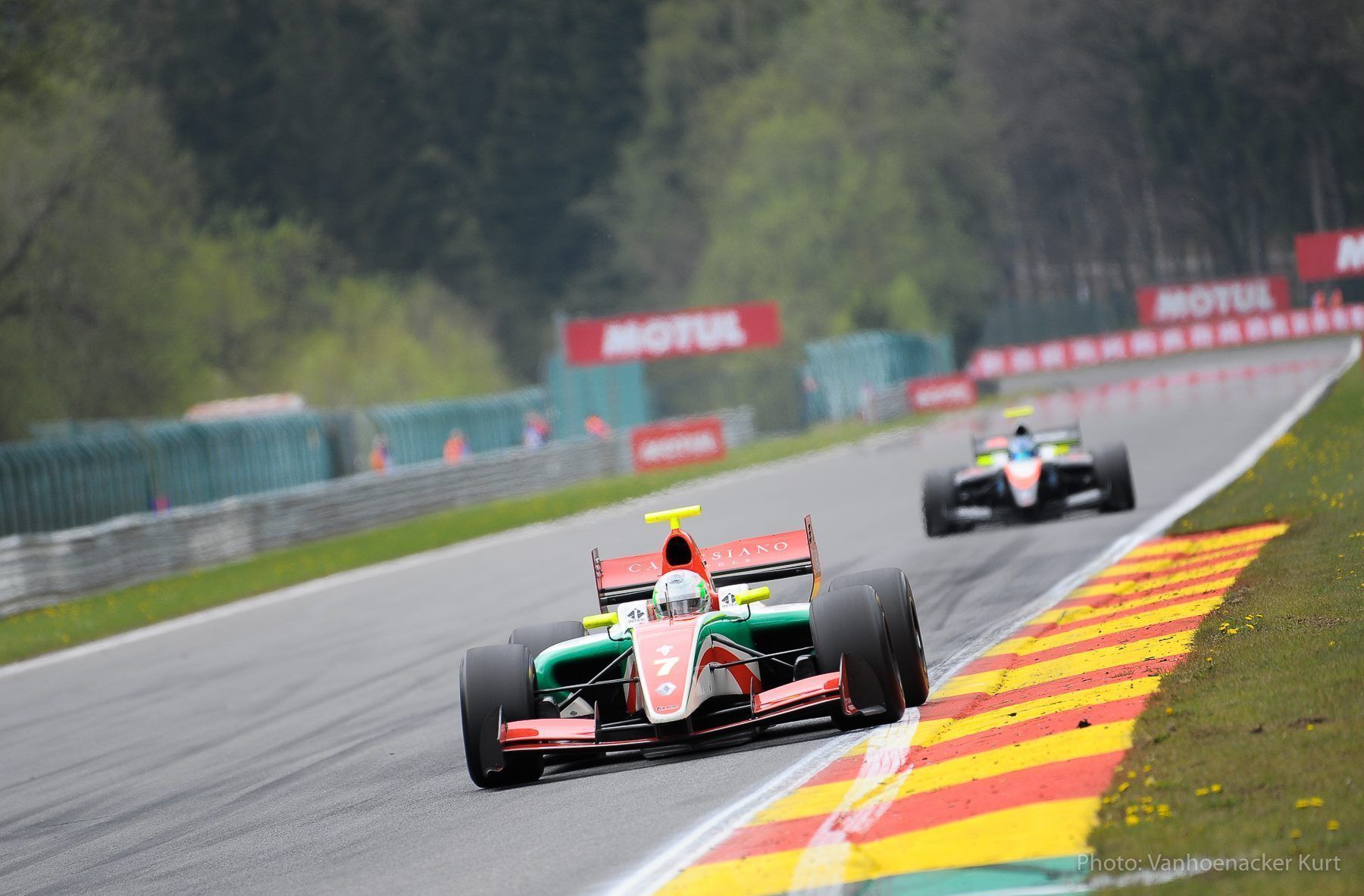 As the lights went off, Celis held onto the lead while Pietro Fittipaldi (Lotus) was slowed down by his car’s anti-stall system and had to let the whole pack by. At the Source corner, René Binder (Lotus) was second in front of Nissany and Menchaca. Nissany attacked the Austrian on the Kemmel straight, but remained behind his former teammate while Orudzhev successfully moved on Menchaca for fourth. In the second sector, Matevos Isaakyan (SMP Racing by AVF) went off-track on the Kemmel straight.

On lap 2, Fittipaldi moved past Giuseppe Cirpiani (Il Barone Rampante) for tenth place. The Italian then went sideways at Stavelot, making his way to the pits. On lap 4, Nissany went for an inside slipstream move on the Kemmel straight and got the nod on Binder.

On lap 5, Orudzhev passed Binder for third place at Fagnes, while the Austrian also had to fend off the attack of Menchaca on the following lap at La Source. Powering out of the corner, the Lotus driver retained the fourth position.

On lap 7 Mason lost braking point at Les Combes while trying to go around Menchaca and dropped to the back of the field in ninth place. In the meantime, Fittipaldi moved past Damiano Fioravanti (RP Motorsport). In the mid sector, Konstantin Tereschenko (Teo Martin Motorsport) ended up outside the track limits at the Campus Corner. Meanwhile Fioravanti responded to Fittipaldi reclaiming his previous position.

At the end of a long confrontation, Fittipaldi managed to get ahead of Tereschenko and claim eight place on lap 12, while three laps later, Nelson Mason (Teo Martin Motorsport) also got by his team-mate at Les Combes. The same spot where Binder went wide losing fourth place to Menchaca.

At the beginning of the final lap, Kanamaru also made past Binder, who locked-up at La Source. Celis crossed the line out front to secure victory and bolster his third place in standings. Despite ending up only eight, Fittipaldi retained his championship lead and stands with 54 points and a 3-point gap on Orudzhev. The Russian is the only driver to have scored podium finishes in every race this season.