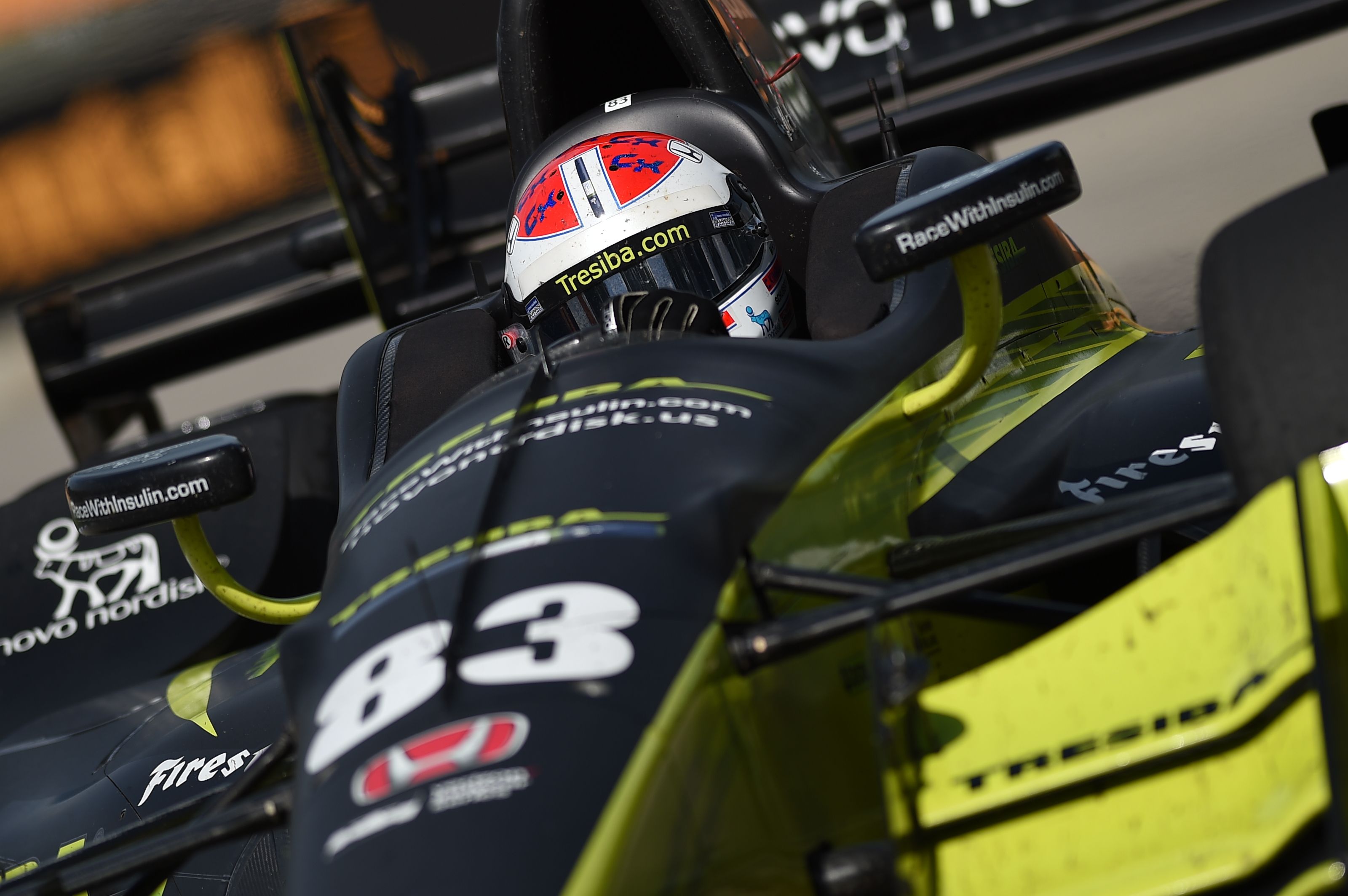 Charlie Kimball has surprised everyone with the fastest average speed of qualifying session of the Verizon IndyCar Series at Texas Motor Speedway. The Ganassi driver set a track record and beat team mate, Scott Dixon. Alexander Rossi will start third.

Everybody knew that Honda drivers were more likely to get the pole position, but the Japanese brand showed his potential once again with an impressive one-two-three-four-five-six-seventh-eight in today’s qualifying session for the Rainguard Water Sealers 600.

It was specially a good qualifying for Chip Ganassi Racing drivers who finished in the top6 with a one-two with Charlie Kimball and Scott Dixon. Kimball with an average speed of 222.556 was 0.04 mph faster than the 4 times IndyCar champion, setting his maiden pole position in the series. Tony Kanaan clinched fourth position, just behind 2016 Indy 500 winner, Alexander Rossi (Andretti Herta Autosport) while former F1 driver, Max Chilton was 6th quickest just behind an impressive Tristan Vautier (Dale Coyne Racing) who is replacing Esteban Gutiérrez this weekend.

Then the best Chevrolet and Penske were Will Power and Helio Castroneves who will be staring from 9th and 10th.