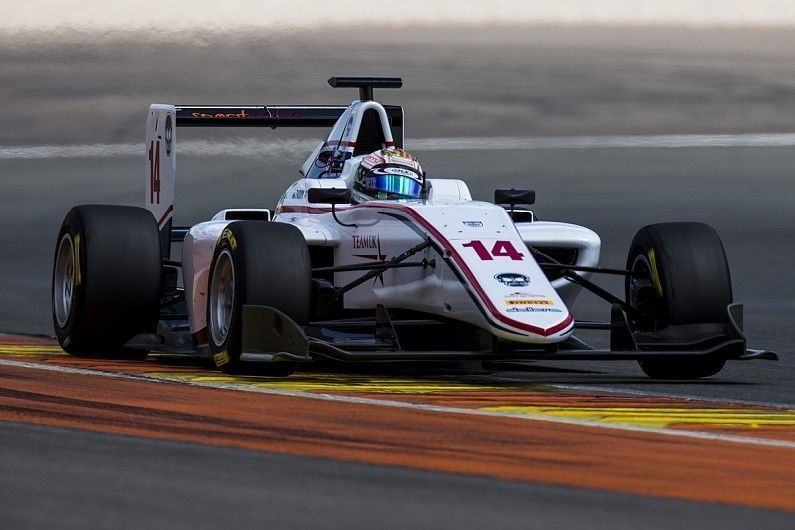 Matt Parry claimed his first GP3 win at Budapest ahead of Antonio Fuoco and Jake Dennis.

Nyck De Vries was on pole position ahead of Matt Parry and Antonio Fuoco but the poleman stalled on the grid before the formation lap. Parry does not make a good start but managed to keep the lead. Further back in the field, drama happened between Tatiana Calederon, Jake Hughes and Steijn Schothorst. Ralph Boschung overtook Charles Leclerc for sixth place in the second lap. Matevos Isaakyan was the first driver to get warned about track limits by a black and white flag. Akash Nandy managed to overtake Giuliano Alesi for fifteenth place.

Halfway thourgh the race, Parry was in the lead ahead of Fuoco and Jake Dennis, all of them seperated by two seconds. Jack Aitken, in his battle with Arjun Maini, got Kevin Jörg coming back in his mirrors. With four laps to go, De Vries caught up on Schothorst and overtook him for P21. Jörg and Albon were being shown the black and white flag because of track limits.

In the penultimate lap, Boschung tried to overtake Fukuzumi but could not eventually do it. Matt Parry took his first GP3 victory ahead of Antonio Fuoco and Jake Dennis. Fukuzumi, Boschung, Leclerc, Albon, Maini, Aitken and Jörg completed the top 10.