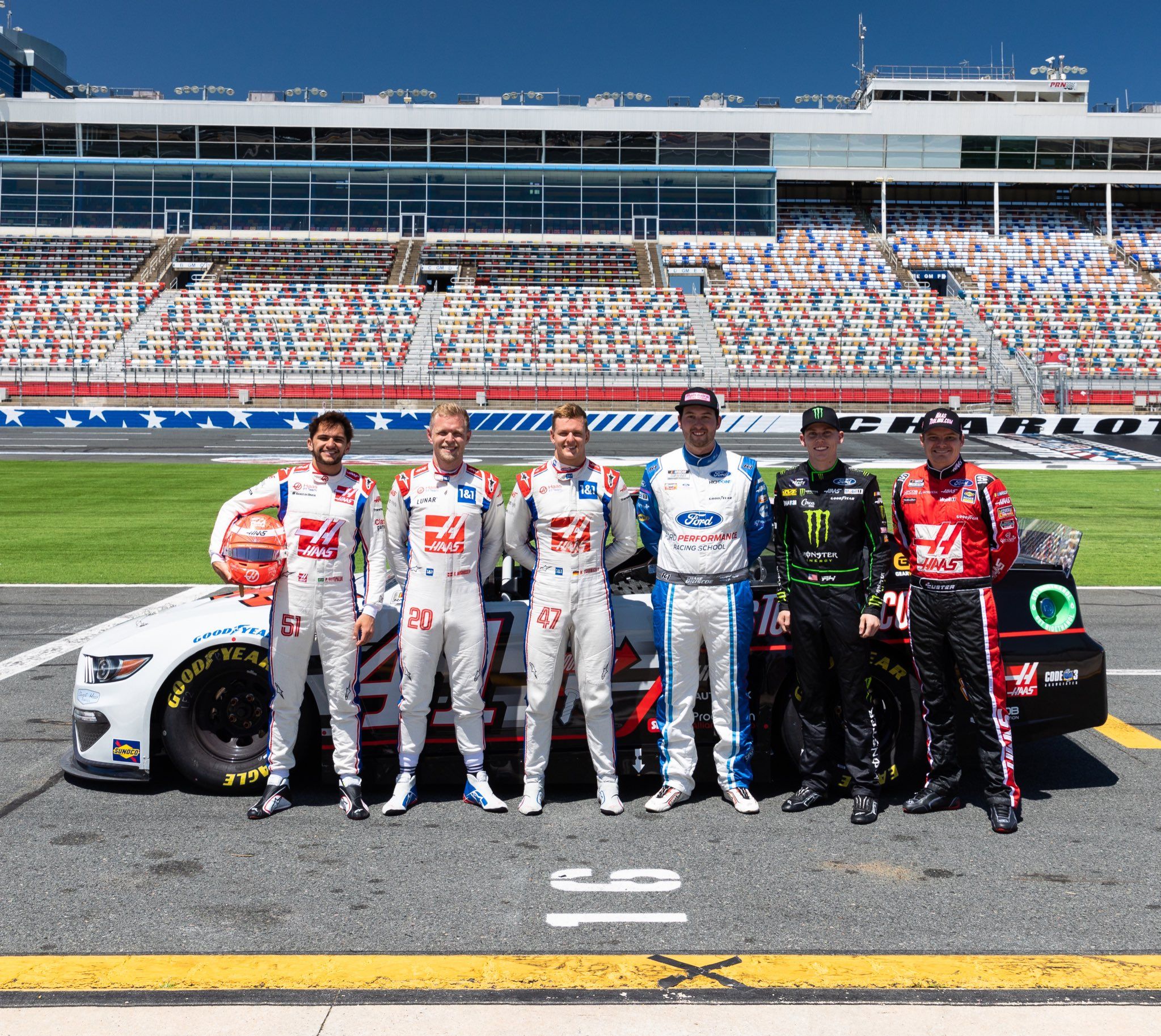 Haas shared multiple videos of Kevin Magnussen and Mick Schumacher visiting the NASCAR facility in USA and also having some hot laps.

After the Miami GP weekend, Magnussen and Schumacher paid a visit to the HQ of Stewart-Haas Racing in Kannapolis, North Carolina. The two went in as fans who saw at first hand the differences between F1 and the top tier racing series in America, NASCAR.

They looked over the car of Aric Almirola and pretty much took a tour of the factory. The car in question was a race winning car from some years back in the hands of Almirola. In a nutshell, the car is as it came off victory lane. Admittedly, the engine has been removed but everything else is still in the car.

Magnussen himself was quite intrigued by the car and the technicalities of it. Most amusing was when he was advised of their pit stops which take just under 10 seconds advising the Haas GP team cannot get under 4 seconds with 14 people.

Equally, he was interested and in awe of the facts themselves. “There is way more to it than in F1,” said Magnussen. “There, it’s all about what tools and equipment you have but here (NASCAR) it is all about the skill of the mechanics.”

It’s a world away from F1 and far more races too. Racing almost every week in a series right across the length and breadth of the USA. But what drivers found amusing was the .288 gap between 1st and 2nd in the Daytona 500, the biggest gap since 2004.

Not many of late have done F1 and NASCAR; Mario Andretti, Juan-Pablo Montoya and the latest was a one race for Kimi Raikkonen. On Haas side, they also paid a trackside visit and had some hot laps too.

The tooling to go fast.

We teamed up with @HaasF1Team to give back to some of the amazing @Haas_Automation customers who help us race each week. pic.twitter.com/kJzdEdR1tX

TURN the speakers up and ENJOY! 🔊