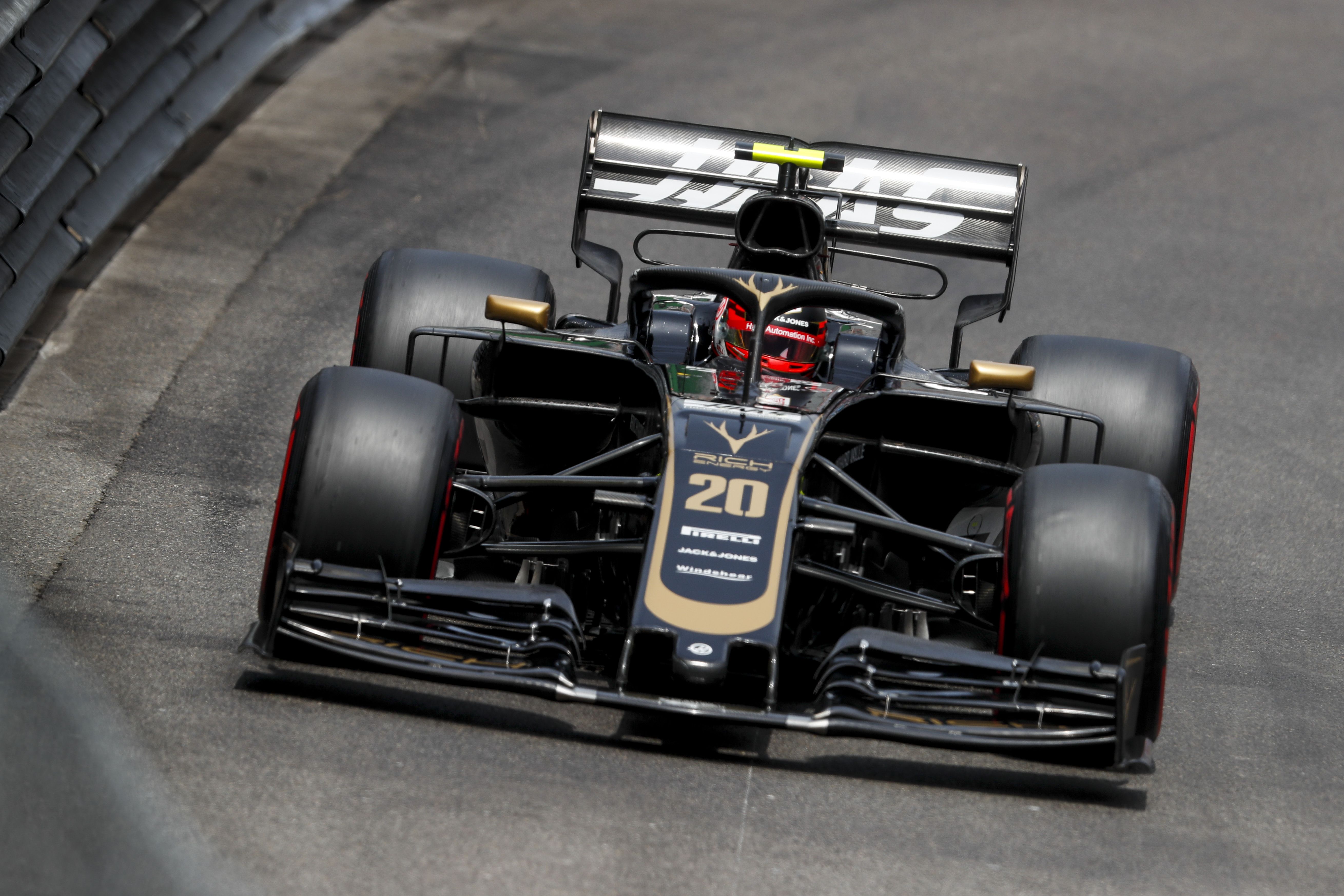 Haas’ Kevin Magnussen was delighted to be best of the rest in F1 Monaco GP as Renault’s Daniel Ricciardo along with McLaren’s Carlos Sainz and Toro Rosso celebrated their Top 10 run.

While Haas continues to fight through its race pace troubles but the team’s qualifying advantage could be useful in F1 Monaco GP race with the tight course making it tough to make a move unless one has extreme advantage on the other.

Magnussen ended up as the best of the rest in sixth and will start from fifth, thanks to Ferrari’s Charles Leclerc’s Q1 exit and Red Bull Racing’s Pierre Gasly’s penalty. Ironically, teammate Romain Grosjean was the one who got affected by Gasly’s unknowing block.

But for Magnussen, it was a moment of celebration with the ‘fake pole’ and half the job done. “It was a really good session,” said Magnussen to the media after the qualifying. “I had a really good car, I could push, I felt comfortable.

“I put a lot of stress on the guys in Q2 with the damage to the front wing in the session after I kissed the wall, they did a fantastic job to turn it around, fix it, and send me out again. I got into Q3 with a good lap, then did another one there.

“We know how important qualifying is at this track, so to get P6 at the front of the midfield again – the fake pole position, I’m extremely happy with it. It was a perfect job from the whole team, not just me – it was a team effort.”

Grosjean, meanwhile, will start from 13th which is two places behind Renault’s Nico Hulkenberg, who thought Q3 was certainly possible after the efforts of Ricciardo. The French team did put in a surprise after its difficulties in showing one-lap pace.

Ricciardo ended up seventh but will start sixth and hinted on a ‘qualifying mode’ in place by Renault, while hailed the ‘brave’ step taken by the team for qualifying. “I’m happy with the end result, especially with where we started on Thursday,” said Ricciardo.

“We made some brave changes to the car even after FP3, but that worked and going that extra mile has paid off. The team made a strong recovery today and we can be pleased with that. We got into a good rhythm from Q1 all the way through to Q3.

“The rhythm is so important here as qualifying is so significant. Some variables tomorrow could make it interesting and I wouldn’t be disappointed if I wake up to rain! But, wet or dry, I’ll be ready.” Renault had a reason to smile with McLaren’s Sainz in the Top 10 too.

The Spaniard faced issues with his power unit on Thursday and missed much of FP1 run. However, the changes done then after with the set-up, Sainz made it into Q3 to be ninth while teammate Lando Norris just missed on the Top 10 as he ended up 12th.

The big delight was for Honda with all the four cars inside the Top 10 as Toro Rosso’s Daniil Kvyat was eighth and Alexander Albon 10th, which was the Thai racer’s first Q3 visit. Kvyat is to start seventh as the Russian hailed the set-up changes made.

For Albon though, he was chasing tyre performance in all of the qualifying but it clicked at the right time which rewarded him with a Q3 finish. It didn’t work for Alfa Romeo Racing drivers though as Kimi Raikkonen and Antonio Giovinazzi were 14th and 15th.

Both complained of not getting enough performance out of the tyres even though they changed nothing on the car after a solid FP3 session. At the same time, the Racing Point drivers simply lacked performance to make it out of Q1 even.

“We were just not fast enough, it’s as simple as that,” said Raikkonen. “We managed to do our fastest lap of the weekend in qualifying, but the other cars improved a lot more than we did. We struggled with the balance of the car.

“When I had grip at the front, the rear went and when I sorted out the rear then I wasn’t comfortable with the front.” The Finn is celebrating his 300th race weekend in Monaco but his 300th start will come a little later in the season.