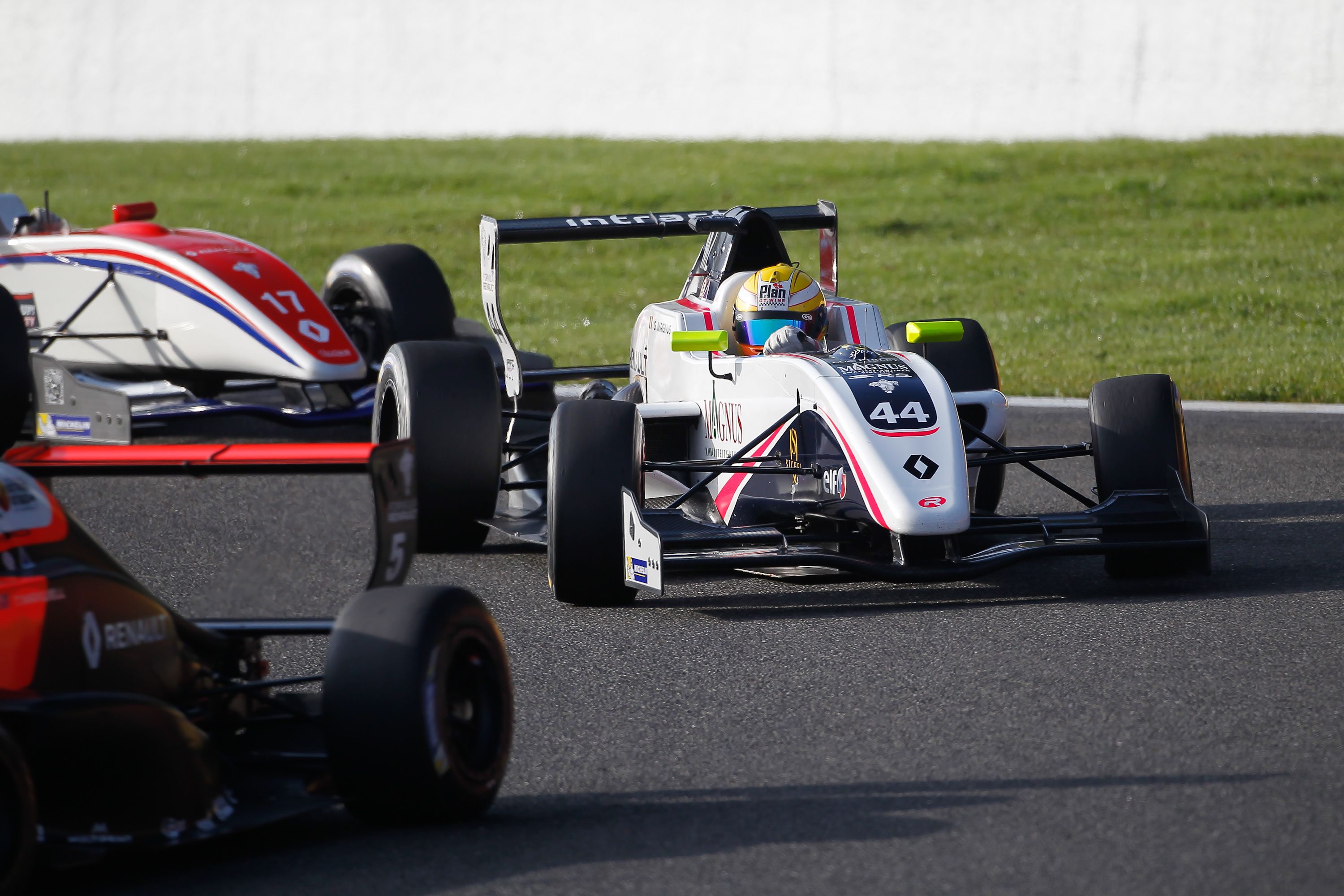 The contest looked finely poised between new championship leader Magnus and his R-Ace GP teammates Charles Milesi, Michael Benyahia and Théo Coicaud, as well as BM Racing Team’s Bartek Mirecki after qualifying.
However, Sunday morning brought a thick blanket of fog over the 4.3 mile Belgian Grand Prix venue, ensuring four laps behind the safety car was all the NEC field were set to enjoy.
The stoppage ensures a 1-2-3 finish for R-Ace GP with Milesi second and Benyahia completing the podium.

Even with half points applied, Magnus re-takes the championship lead from Tech1’s Gabriel Aubry, and with the latter ineligible to score points this weekend due to his participation in the Formula Renault Eurocup, Magnus still has an opportunity to further extend his lead heading into the series finale at Hockenheim in October.
For now, though, his focus will remain on converting pole position into another race victory – with some on-circuit action – when the second NEC race of the weekend gets underway this afternoon.

Gilles Magnus said, “To be honest, I think it was drive-able, but it could be dangerous because with 35 cars you might not see everything around you. Still, I think they should have let the race go. That was one of the easiest wins of my entire life, I think – hopefully the second race will be a bit more exciting.”

Charles Milesi said, “The car felt good, but all weekend I’ve struggled in a few areas with my driving so I need to improve, but this race didn’t really help with that! We should be racing, it was just two corners apparently that were bad, for me it seemed pretty good.”

Michael Benyahia said, “In my opinion, the track was not that foggy, it was definitely race conditions. The car felt good there were no problems, it was just warming up the tyres so it was a bit like practice. Hopefully the second race should be interesting to watch, I’m expecting to do well, hopefully that one goes well for me also.