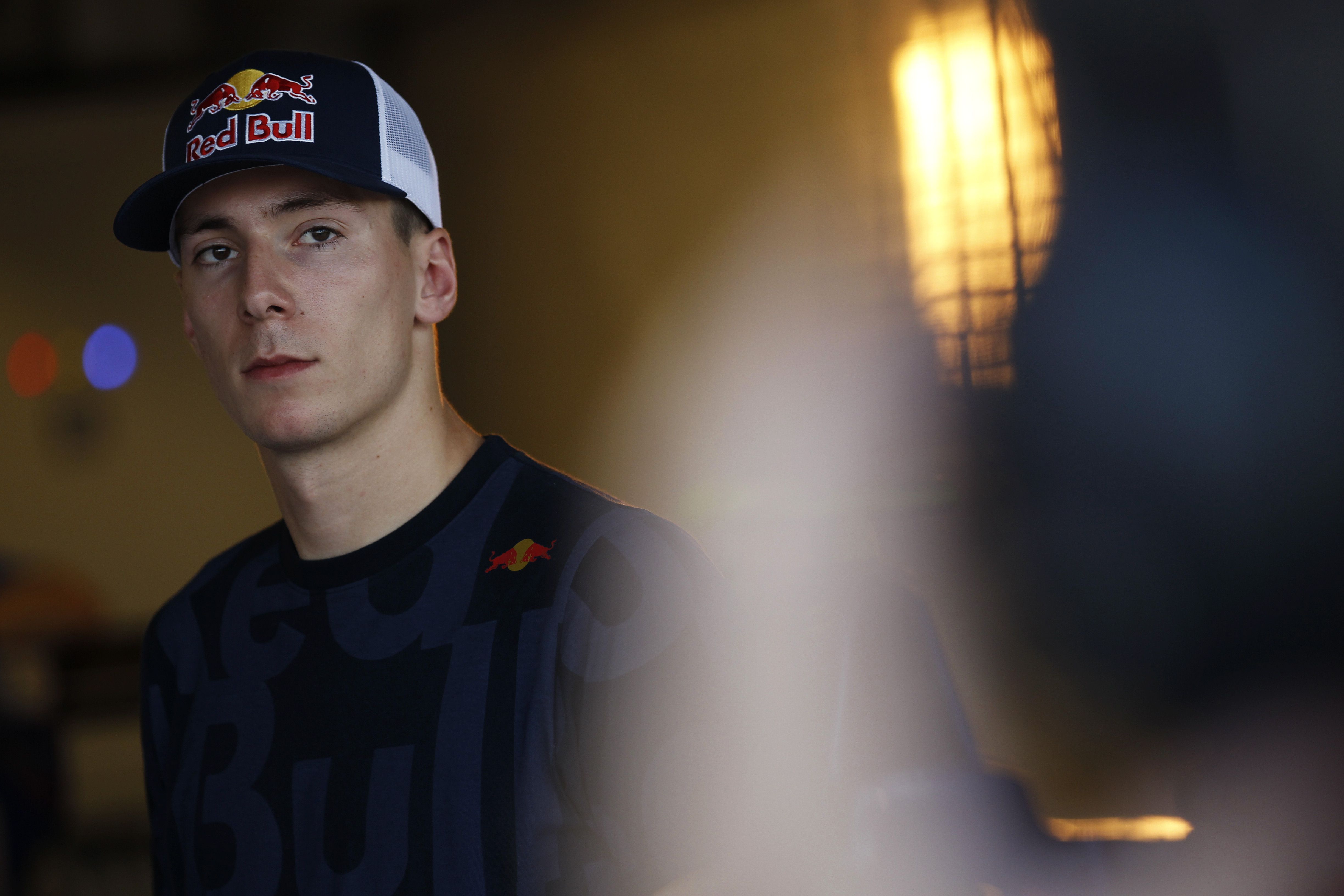 Red Bull Junior Team’s Alex Lynn has started with maximum attack this weekend. The young Brit could seal the coveted GP3 crown in qualifying later today and he opened the final round of the 2014 season in the best possible style topping the first session. Status Grand Prix’s Nick Yelloly and ART Grand Prix’s Marvin Kirchhöfer completed the top three.

In a change of the normal schedule, GP3 began the proceedings on Friday with the forty-five minute practice run in the morning. There are several changes to the driver line-up: Chinese rookie Ling Kang joins Trident, running in the #23 car, whilst Ryan Cullen returns to the Series – also with the Italian squad in the #24 machine.

Dino Zamparelli headed the timings early on whilst Richie Stanaway missed a large portion of the session due to technical gremlins. Series leader Lynn was first to lap in the 1m58’s with twenty minutes left on the clock. Kirchhöfer was on a charge though and bettered the Brit’s time, dipping into the 1m57’s, almost three tenths faster.

Dean Stoneman – the only driver who can prevent Lynn from taking the title this weekend lit up the timing screens to go fastest as the positions began to tumble furiously in the final minutes. It was that man Lynn again though who posted the quickest sector two and three times to re-claim his spot at the top of the timesheet. Kirchhöfer did his best to match him, just shy of the Carlin driver, before Yelloly demoted the German to third as the chequered flag came out.

Qualifying takes place today (compared to it normally running on a Saturday). The thirty minute session will commence at 15:10 local time (GMT+4) and it could be the most decisive one of the year with Lynn potentially grabbing the title.