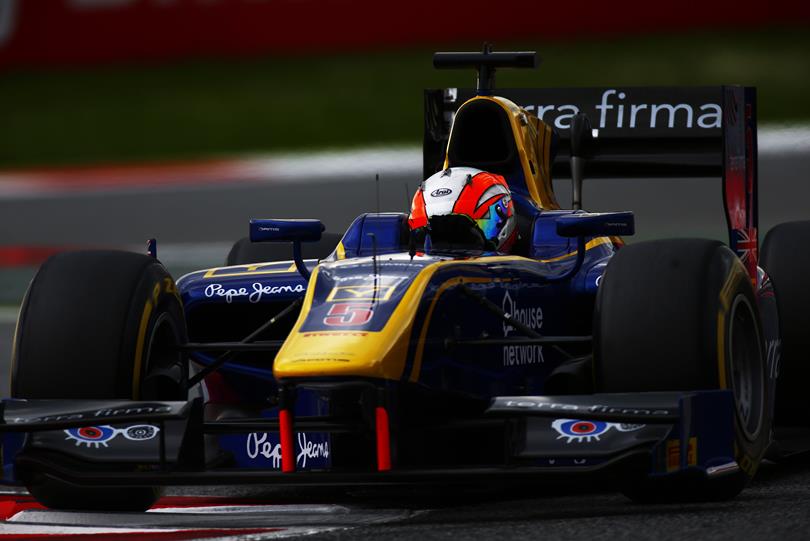 Victory for Alex Lynn in the second race of the weekend at the Barcelona-Catalunya Circuit ahead of Pierre Gasly and Jordan King.

Marciello kept first place at the start, while Lynn went up to 2nd in a good battle with King which lasted for a few corners. Lynn had a great pace which allowed him to overtake Marciello in lap 4. King and Gasly, who had previously overtaken Canamasas, would also overtake Marciello one lap later.

Gasly overtook King for 2nd position. Behind the podium positions, Marciello, Markelov, Latifi, Canamasas and Rowland were the top 8 drivers. Markelov overtook his teammate for P4 and was determined to get the podium. Meanwhile, Sirotkin made up several positions from the back of the grid with some great overtaking after his retirement yesterday.

4 laps before the end of the race, Giovinazzi had a big crash with Gelael. He was overtaking the Indonesian driver when Gelael left him no room. Before crashing against the barrier, Giovinazzi hit Pic and took him out of the race.

This gave the race an early ending behind the Safety Car with a win for Alex Lynn followed by Gasly and King. Markelov, Marciello, Rowland, Latifi and Matsushita scored points. Canamasas ended 9th, outside of the points zone. 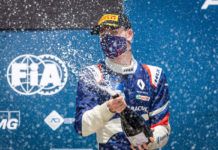