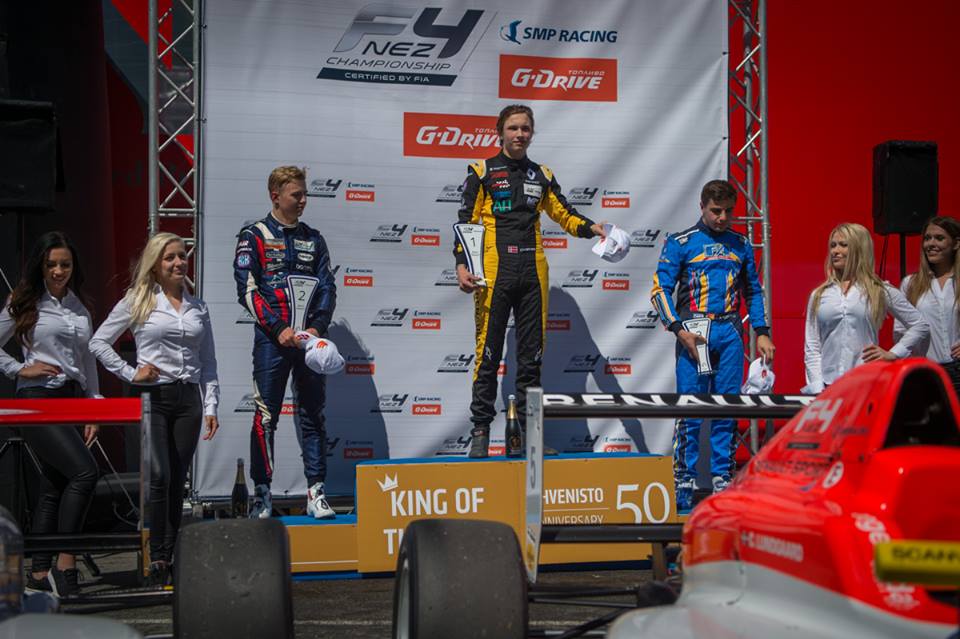 If Saturday was twisty and turbulent, Sunday was much easier for the teams and drivers. There were no significant incidents during the day as the drivers finished off the third round of the season of the SMP F4 NEZ Championship certified by FIA in Ahvenisto

After what would have been his first pole position was taken away yesterday, Christian Lundgaard started Sunday in dominant fashion by taking the maiden pole for his team, MP Motorsport.

Juuso Puhakka got closest to the Danish MP Motorsport driver and lost out on pole by 0.227”. Tuomas Haapalainen set the third fastest lap, meaning that the top three of the qualifying was exactly the same as initial top three in Saturday’s qualifying before the penalties.

Championship leader Lloveras took P4 and Alexander Smolyar lines up beside him. Race 2-winner Nikita Volegov managed to put his SMP Racing car in P6 ahead of yesterday’s pole sitter Sami-Matti Trogen. Race 1-winner Bent Viscaal could only get to P8 after his best lap time was deleted because of ignorance of the yellow flags. Vladimir Tziortzis and Elias Niskanen make up the fifth row for Race 3.

Unfortunate John Peters wasn’t able to take part in Race 3 due to his car being too damaged after his crash in Q2, which meant there were 18 drivers on the grid.

Christian Lundgaard showed his talent in the race as he cruised to a lights-to-flag third win of the season. The Dane survived early scare as Puhakka almost overtook Lundgaard at the start but had to settle for P2.

Lloveras ended his difficult weekend in P3 after Smolyar put him under pressure in the late stages of the race. Haapalainen finished P5 and just behind him was Volegov in P6. After finishing on the podium for the first time of his career on Saturday, Trogen came home in a lonely P7.

Viscaal’s weekend ended with P8 but it was behind him where the real battle for the positions raged during the final race of the weekend. Michael Belov, Tziortzis, Niskanen, Jan-Erik Meikup, Lukas Dunner, Sten Piirimagi and Ivan Berets all fought for the place in the top ten and we showed amazing side by side battles, especially by Tziortzis and Niskanen. Eventually, Belov and Tziortzis entered top 10.

With his win, Lundgaard now leads the championship by only two points to Lloveras as the pair continues to fight for the title. Smolyar sits in third place 21 points behind the Dane.