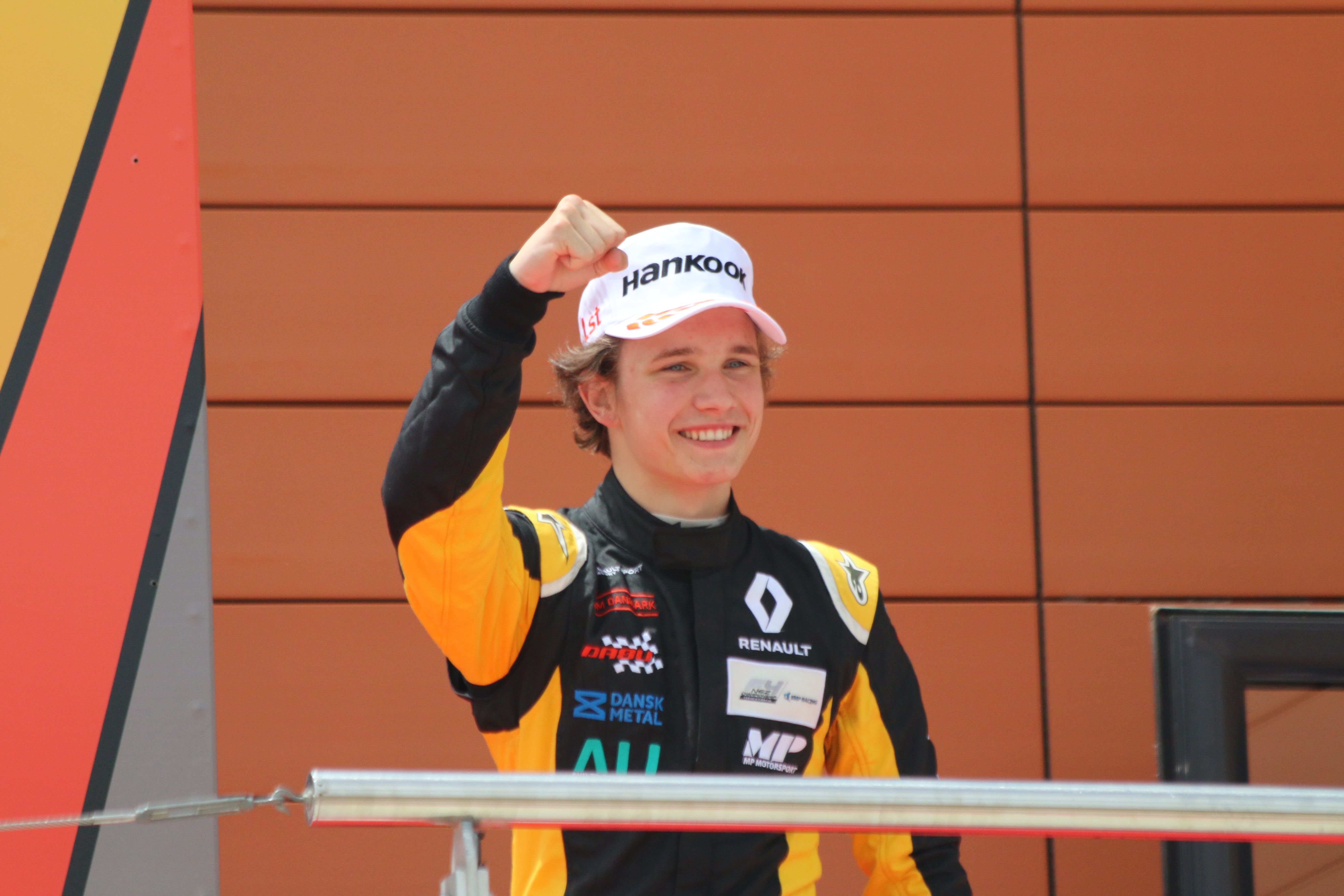 The first race of the weekend, came after a very long day for the 19 SMP F4 NEZ drivers who went through FP1, FP2 and Q1 in the same day. The track dried up and allowed the drivers to mount slick Hankook tires for the 25’+1lap race.

Christian Lundgaard started on pole position, and got a clear start, as much as the rest of the field who went through the first lap with no incident. Alexander Smolyar and Sami-Matti Trogen hold on their position throughout the race.

But behind the trio, things heated up. Abdullayev and Shvetsov bumped into each other, the latter lost his front wing and had to pit to fix it before coming out again.

Haapalainen got a good start and went some places up, to lose them few corners later and reclaim them few laps after. A dramatic race where Bent Viscaal had to defend his P4 position for half of the race with Nikita Volegov trying to overtake him from all sides, Haapalainen, Belov and Piirimagi in ambush to wait for the Dutch and Russian mistake. However, Dutch Viscaal kept his calm and took the chequered flag holding onto P4, keeping the train behind him, scoring important points for the Championship.

Juuso Puhakka who started last due to his qualifying had an amazing pace, signing the fastest lap in 1.38.932 and going from P19 to P10 and scoring a bitter-feeling point for the Championship.

Mid-Race Elias Niskanen made a mistake which made him hit Spaniard Marta Garcia. The Finn retired from the race, while Garcia could rejoin the track but finished last.

Christian Lundgaard with a 4.3’ gap to Alexander Smolyar took his 6th victory of the season, extending his lead in the championship by 33 points to Xavier Lloveras.
Thanks to this result, Alexander Smolyar is only 6 points behind the Spaniard.

Tomorrow the action resumes at 11am with Quali 2, followed by Race 2 at 13.30 and Race 3 at 17.05! With the weather forecasted to be capricious again, some action will be expected!