DTM Mercedes-Benz driver is racing this weekend in WSK Champions Cup at the Adria International Circuit (Italy) in KZ2 category with Birel-ART team.

The Austrian driver took part in the collective WSK tests on January 20 and 21th as preparation for this season. Auer was very satisfied with his performance and confessed that karting is the best discipline for a race driver to train because

“It demands everything that a driver must know how to do in a very short period of time”.

In qualyfing practice of the WSK Champions Cup, Lucas Auer was only 15th quickest, 0.6 seconds away from pole-sitter, Italian Daniel Vasile. The qualifying rounds that will form the grid for the prefinal and the final of Sunday will be held throughout the day. 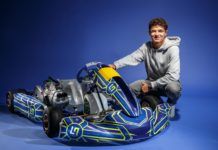 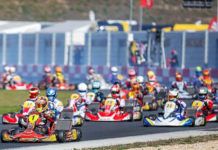 Premiere of the DKM in Mülsen