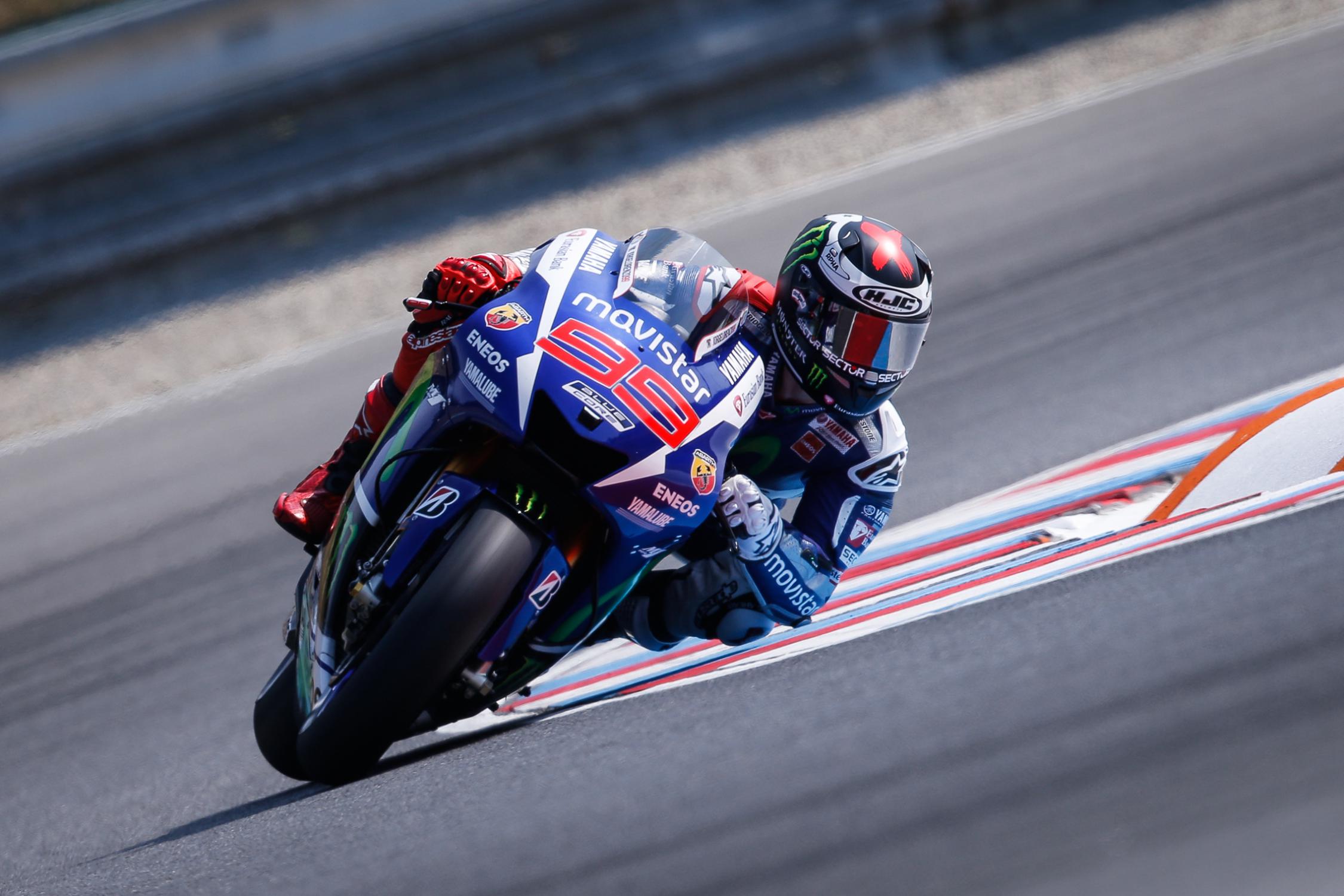 Jorge Lorenzo set the fastest time today in Brno. Marc Maquez was the fastest in the afternoon, but he wasn’t able to beat Lorenzo’s time on  FP1.

The Yamahas showed their good pace in FP1 in a circuit that benefits the strong points of their bikes. Lorenzo got a 1:56.499 which put him on top for the rest of the day, one tenth ahead of the Hondas of Márquez, had a low-speed fall, and Pedrosa. The Ducatis closed  the Top 5 less than half a second behind Lorenzo. They finished ahead of Valentino Rossi, the leader of the Championship, on 6th. Bradley Smitth, Aleix Espargaró, Maverick Viñales and Cal Crutchlow closed the top 10 on FP1.

The track temperature rose for FP2, which made the times slower. Marc Márquez was fastest ahead of Lorenzo. Andrea Iannone was 3rd, confirming the good shape Ducati showed on FP1. Several riders fell on this session. Rossi lost control of his bike when he was following Dani Pedrosa, who had an oil leak and fell one corner later. Also, Dovizioso, Smith, Di Meglio and Marquez for the second time would fall during the session.