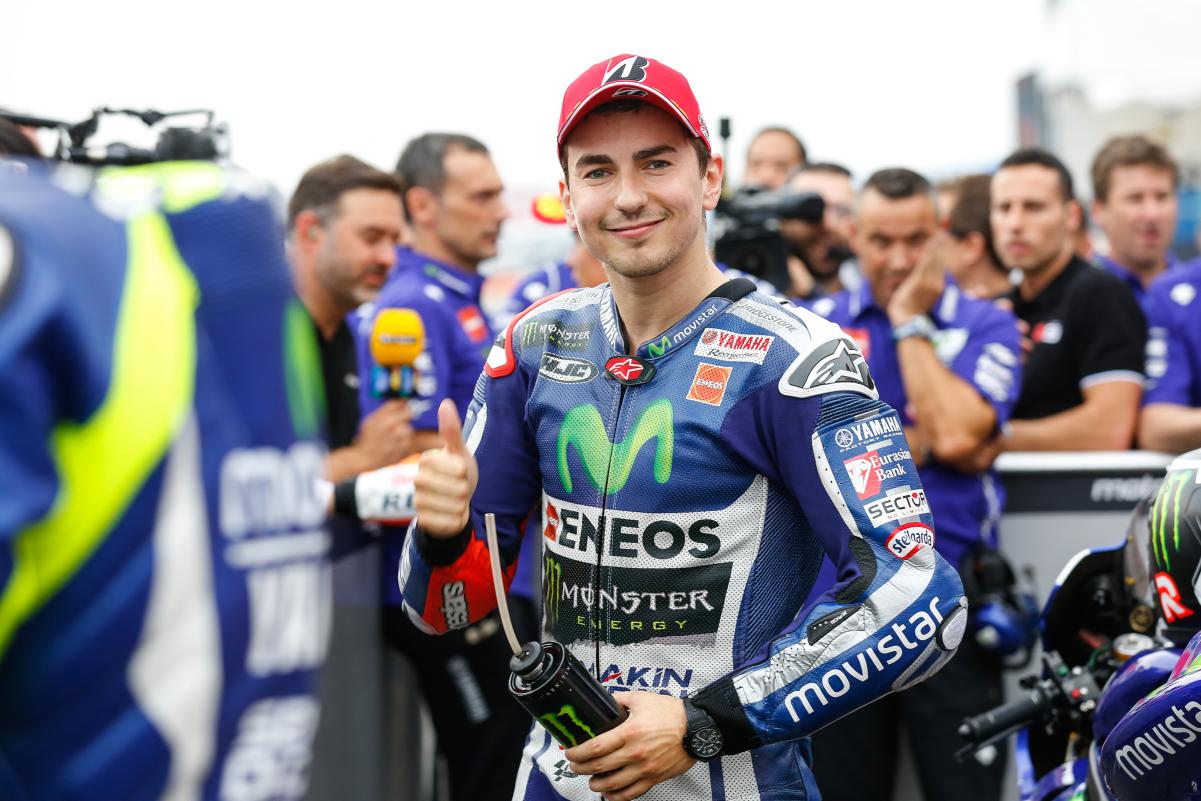 Jorge Lorenzo has taken his fourth pole position of the season at Yamaha home race in Motegi, Japan. The Spanish rider beat Valentino Rossi and Marc Márquez who will start alongside him at front row.

The battle for two places for the final Q2, had an amazing battle between the riders of Q1. In the first stint, Maverick Viñales (Team Suzuki Ecstar) started leading the way in front of Nakasuga (Yamaha Factory Racing Team) and Hernández (Octo Pramac Racing).

The Catalan rider kept the lead of the session in front of Scott Redding (Estrella Galicia 0.0 Marc VDS) at half point of the session. When they back to the track, Viñales and Redding continued in a class of his own to get the access to Q2.

The final qualifying session was hold under a very dark sky. The Movistar Yamaha MotoGP started up on front but it was Iannone who was fastest with his Ducati in the first lap. Rossi and Márquez decided to do one more lap but that didn’t work out for the Catalan, as Rossi set the new record with a 1.44.222 minutes lap.

Meanwhile, Bradley Smith (Monster Yamaha Tech 3) went down at the end of the lap. He and Lorenzo had a clean track at half point of the session, which help the Spanish to achieve the provisional pole position. The British rider hasn’t had the same luck has he crashed again at turn 12.

The lap time were improving every time as they arrived to checker flag. Márquez got second place but they drop to third when Rossi set a provisional pole. But they had to wait Lorenzo who was the fastest on second, third and fourth sector to set the pole position and a one-two for Yamaha.

So Lorenzo will start from first row alongside Rossi and Márquez, second row is for Ducati’s Dovizioso and Iannone with Pedrosa sixth. Third row is for Aleix Espargaró, Crutchlow and Smith, fourth row for Viñales, Pol Espargaró and Redding, fifth row for Bradl, Hernández and Nakasuga, sixth row for Bautista, Petrucci and Barbera, as they follow Takahasi, Laverty, Hayden, Miller, Baz, Di Meglio, Elias, Akiyoshi and de Angelis.