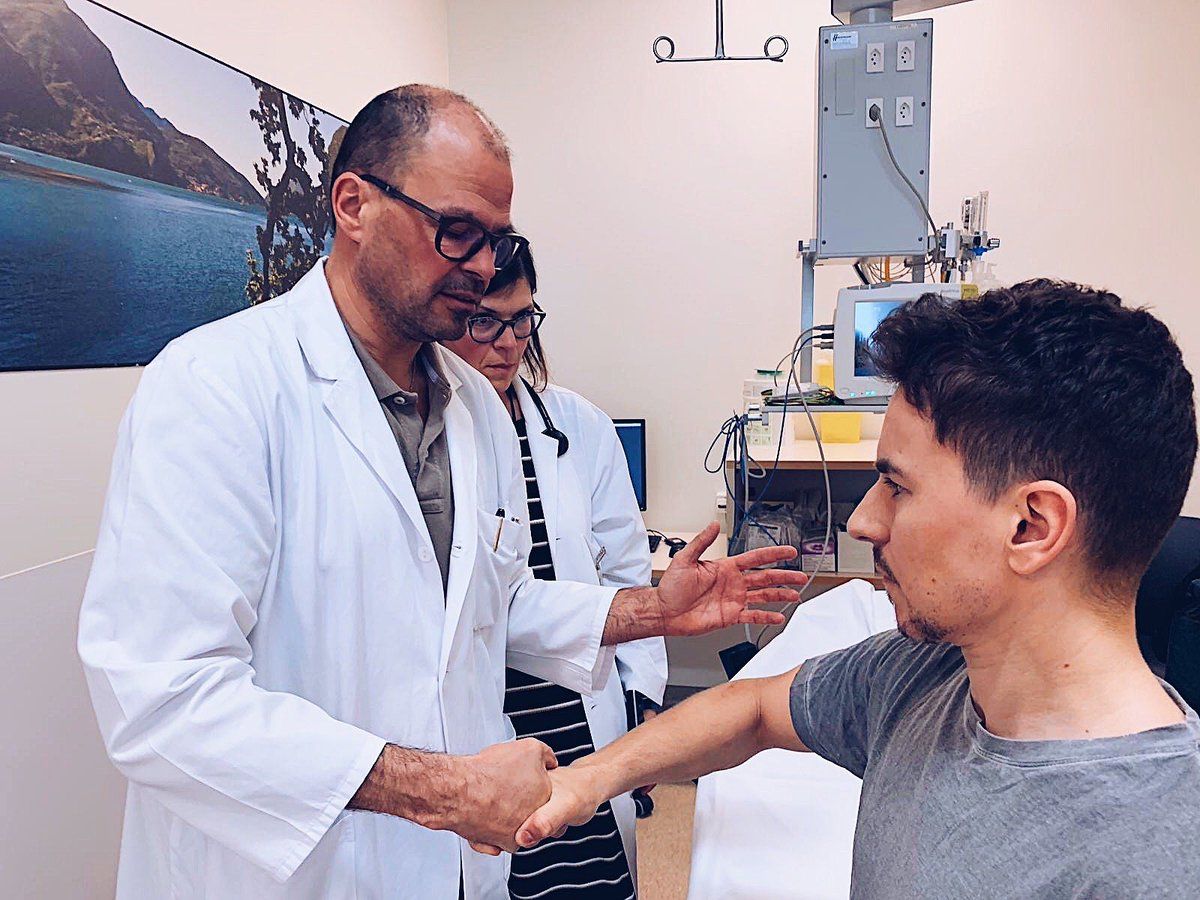 Honda’s Jorge Lorenzo is determined to compete in the Argentina MotoGP race despite the latest injury setback following his crash in Qatar GP.

Already fighting with injuries suffered in the 2018 MotoGP season, Lorenzo competed in the 2019 opener at Losail circuit last weekend with full determination. To his bad luck, he suffered a major highside in FP3 on Saturday in Turn 6.

He was declared fit though for the weekend and qualified 15th after another crash in the Q1 session. He took the start on Sunday and had a tough time to drop out of the Top 15 positions in the opening stages of the 22-lap race under the floodlights.

Eventually, he ended up 13th to score some valuable points on his Honda debut when teammate Marc Marquez battled with Ducati’s Andrea Dovizioso for the victory. Following the weekend, Lorenzo visited the doctor for a CAT scan.

It has been confirmed by both Honda and Lorenzo that the Spaniard has suffered a fissure on his first rib on the right side, which usually takes about three to four weeks to recover from. Despite the latest setback, Lorenzo doesn’t seem downbeat.

In fact, the MotoGP champion has vowed to fight through the injury and take the grid in Argentina in two weeks time. Post Qatar GP, the Spaniard said: “There are many positive things even though it wasn’t a great result because 13th position is never good.

“But I was very limited because of the crash. It was a big impact, everywhere, but especially the shoulder, it limited my confidence and limited my physical condition on the bike and from then on I was always slower than when I started the weekend.

“So this was the main problem. Also we tried to change the clutch, to have more margin for the start. But this was a problem because the clutch was slippery, it was spinning, spinning for the warm up lap and the first three laps.

“So that’s why I almost went back to last position and five riders overtook me. I lose probably three or four seconds, if not I could probably have been in the top ten. Anyway it think we have, without any doubt, much bigger potential than this 13th position.

“I think if we are not unlucky in the next races the good results will arrive soon.” It is certainly not a good news for the rider as well as the team, especially, who needs Lorenzo to score as many points to push for the manufacturers’ and the teams’ titles.