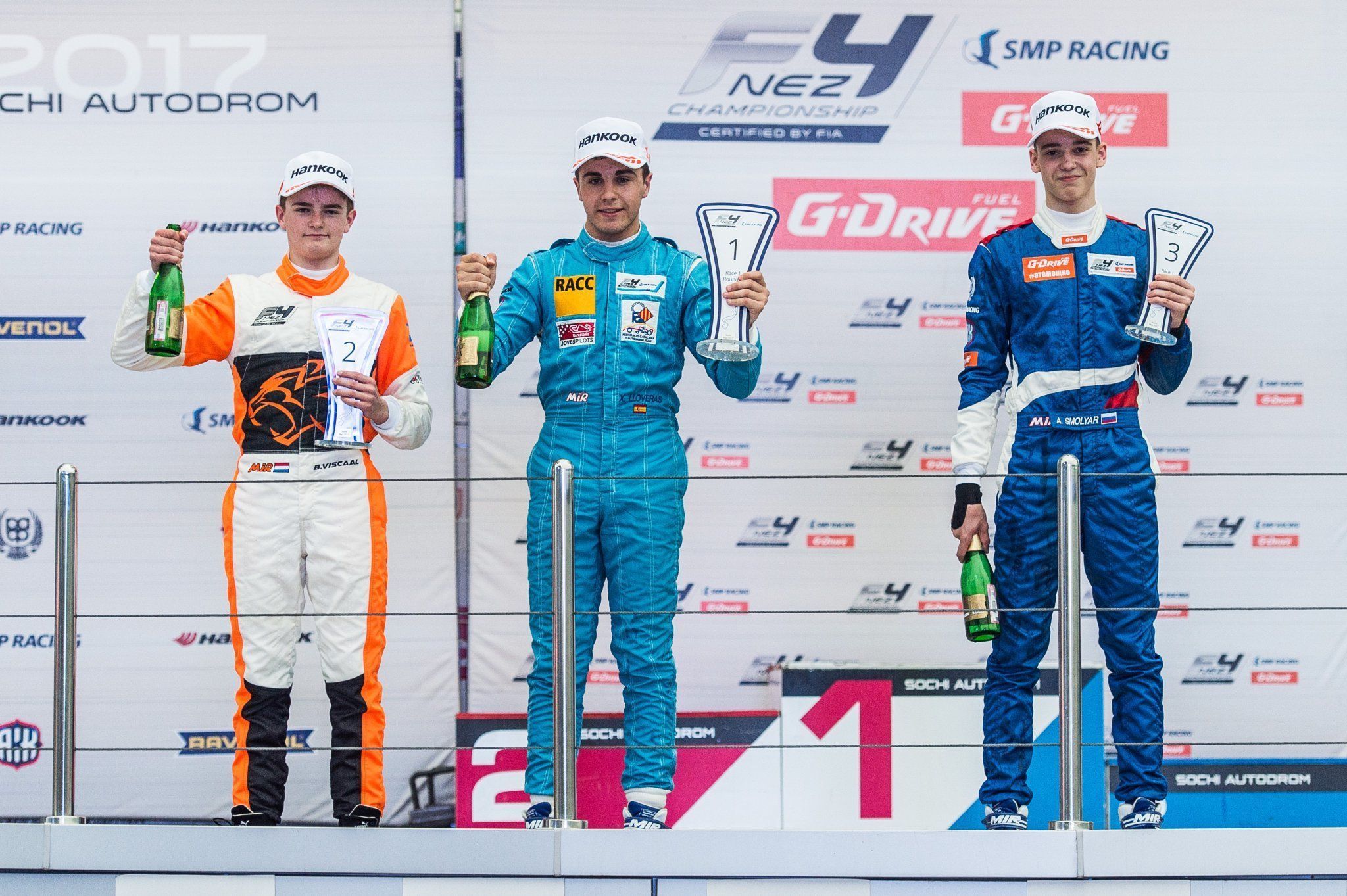 The new season of SMP F4 NEZ Championship certified by FIA started with very tricky conditions for FP1. Overnight rain continued to pour over Sochi Autodrom in the morning at the start of first Free Practice of the season, but it fortunately eased up towards the end of the 40-minute session.

Christian Lundgaard mastered the conditions better than the others and set a time of 2:34.869 to top the timesheets. There were problems with Bent Viscaal’s car with the transponder not working but his confirmed fastest lap time of the session put him in the second place. Their MP Motorsport teammate Tristan Charpentier was third 0.907 seconds slower than Lundgaard. On AKK Academy drivers side, Sami-Matti Trogen had his FP1 cut short after the Finn spun in turn 4 completing one lap only.

It was time to put dry tires on for the second practice session. The lap times improved by over 20 seconds and it was Estonian Sten Dorian Piirimagi from ALM Motorsport who set FP2 fastest time in 2:12.513. Lundgaard trailed behind him by just 0.147 seconds.

Qualifying started on a drying track which meant that the best lap times would be made in the end of the session. It was FA Racing Xavier Lloveras who took pole with a brilliant lap in 2:12.752 beating Renault Junior driver Lundgaard to pole position by 0.444 seconds. Top three was completed by Viscaal. Tuomas Haapalainen continued his good performances by taking P4, Jan-Erik Meikup from ALM Motorsport secured a great fifth place for his first time in Sochi. Vladimir Tziortzis, Gulhuseyn Abdullayev, Alexander Smolyar, Piirimagi and John Peters completed top 10.

Just as it looked like the first race of the season would be held in dry conditions the rain came 30 minutes before the start. Conditions surprised quite a few drivers as almost half the field missed the braking point at turn 2 and ran wide, using the run-off area to return to the circuit. After a messy start it was pole sitter Lloveras who took control of the race and managed to fend off any challenge from second-placed Viscaal or third-placed Smolyar. Eventually he won the race only by 0.604 seconds. Just missing the podium was Haapalainen who drove an excellent latter part of the race and overtook Lundgaard few laps before the checkered flag. Lappalainen Racings Juuso Puhakka fnished P6 and came through the pack after starting from P12. Elias Niskanen meanwhile overtook ten cars and finished seventh right after his fellow countryman. Sten Piirimagi crossed the finish line in P8, SMP Racing driver Mike Belov P9, and rounding up top 10 was MP Motorsports Austrian driver Lukas Dunner.

On the other end of the field Russians Tziortzis and Nikita Volegov retired in the early stages of the race, Volegov suffered technical issues. 20-year old Abdullayev had to also retire after damages suffered after the first lap.

The weekend continues tomorrow with Qualifying 2 starting at 11.00. The two remaining races will start at 13.50 and 16.50. The weather forecast suggests the rain will spice things up again tomorrow.