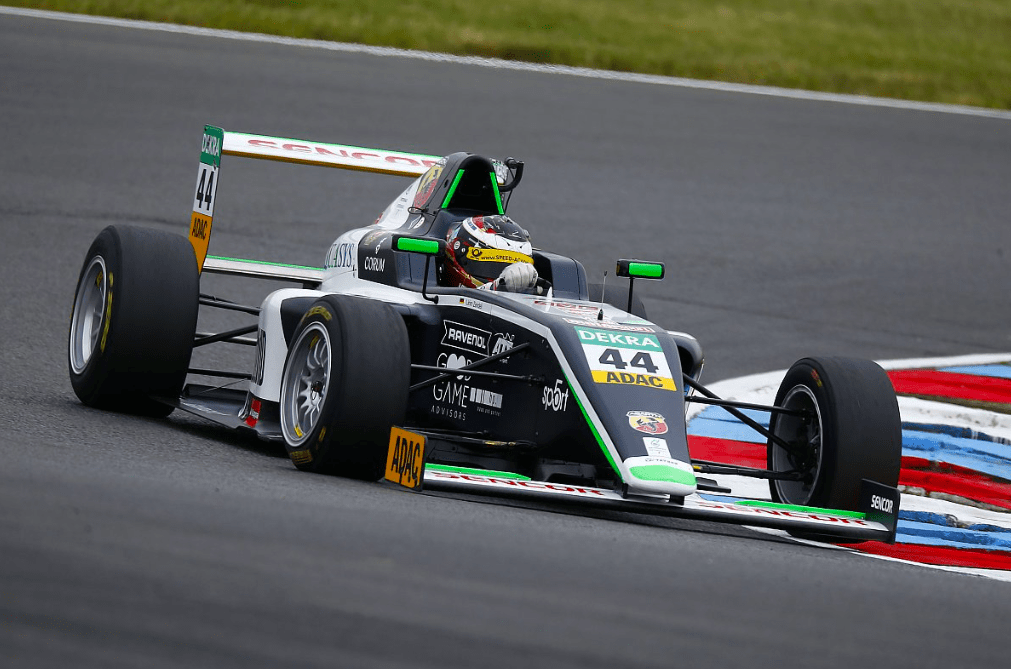 The German driver of the US Racing, Lirim Zendeli, imposed himself in the second race of the ADAC F4 in Lausitzring behind the winner of the first race, Liam Lawson, who won two positions in an amazing last lap. Finally, Oliver Caldwell completes the podium.

The start was not a problema by Zendeli. The poleman maintained the first position without problems. The second place was for Caldwell, in third position the Aussie driver from the US Racing Mick Wishofer, followed by Enzo Fittipaldi (Prema Theodore Racing), Van Amersfoort drivers Liam Lawson and Charles Weerts, and David Schumacher (US Racing).

During a lap together, close to the back wing, Lawson could finally overtake Fittipaldi. Behind them was Weerts, waiting to the pass him too.

After 2 laps, Fittipaldi had a slow pace so, Weerts and Schumacher were close to his car. Taking advantadge of the start of the linked turns, Weerts went from the interior lane of the Brazilian, overtaking him and getting the fifth position.

While, from behind Mick Wishofer was perilously closer to Oliver Caldwell. A few laps later, Lawson joined to the fight for the second place.

On the lap 12 the action was interrupted by a crash between entre Gianluca Petecof (Prema Theodore Racing) and Andreas Estner (Neuhauser Racing).The Brazilian of Prema went from the interior lane without Estner knowing and the result of the action was not other than a collision between the two single-seaters. Even, the Prema car was on top of the Neuhauser Racing car. As a consequence of the incident the safety car had to come out.

After the restart, there was only a lap left until the end. The driver from Neo Zealand overtook Wishofell braking at the end of the finish line. With an incredible manoeuvre at the last turns overtook Caldwell to become second. Behind him, Schumacher, Fittipaldi, and the rookie Joey Alders closet to him. Finally Ralf Schumacher’s son ensured the seventh position.

In conclusión, Zendeli  was the winner followed by Lawson. After Lawson, were Caldwell and Wishofell, third and forth, very close from the second. . Charles Weerts was p5 and Enzo Fittipaldi  p6.