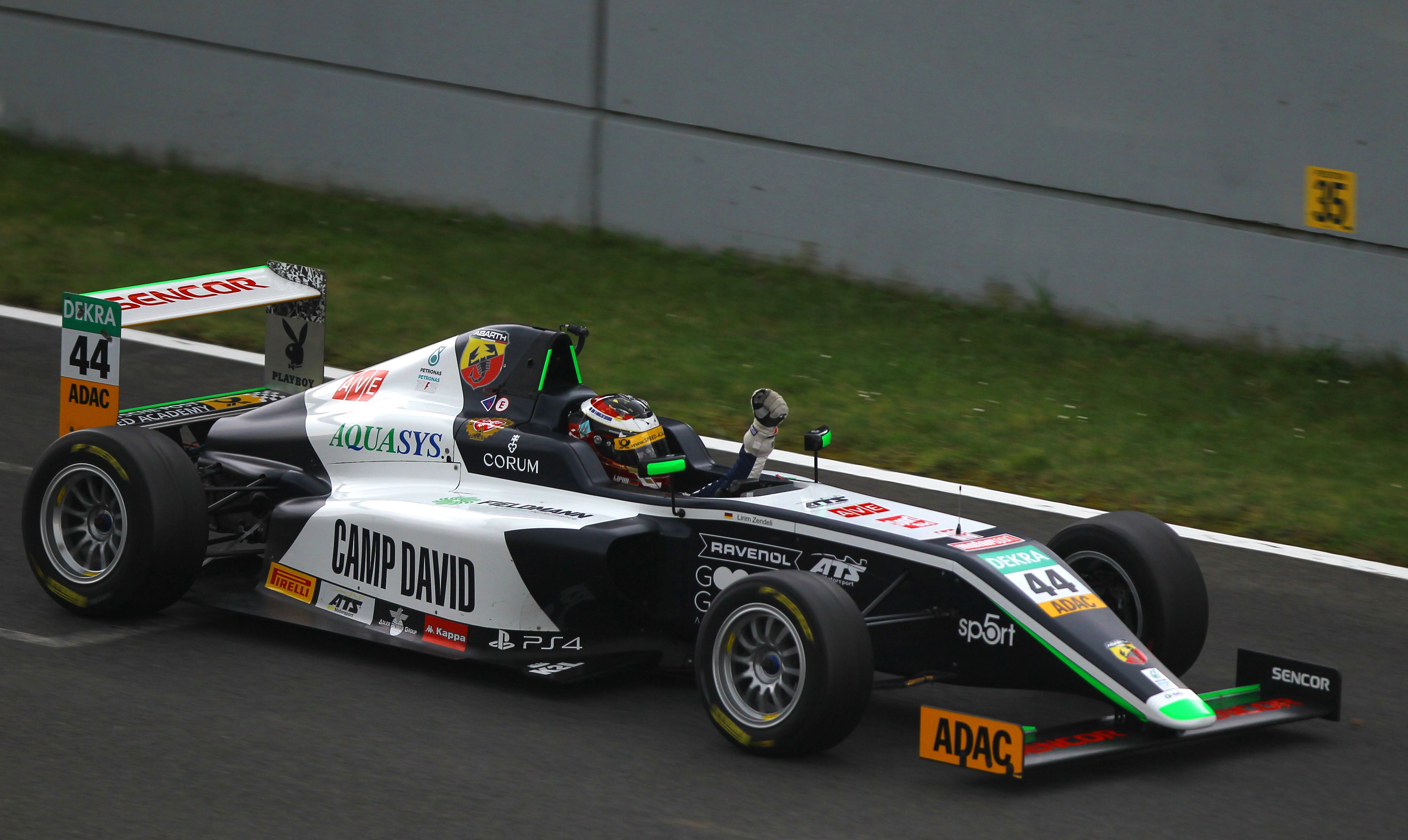 German Lirim Zendeli starts so well his 2018 ADAC Formel 4 championship, taking race 1 victory in Oschersleben and leading a one-two for his new team US Racing, with Mick Wishofer second. Liam Lawson completes the podium of the inaugural race.

Yesterday Lirim Zendeli dominated wet qualifying session and today he did the same during Race 1. He kept the lead at the start of the race and thanks to the four safety car periods, the youngster was able to seal his run, and confirm his role as favorite for the championship run.

The first safety car was caused in the start of the race and the drivers involved were Jesse Salmenautio (KIC Driving Academy) and Charles Weerts (Van Amersfoort Racing).

The second safety car was caused to retire the car of Ido Cohen (ADAC Berlin-Brandenburg e.V) who suffered a spin.

Then, Leonardo Lorandi (KDC Racing) went off at turn 1 and spun along with rookie Sebastian Estner (Neuhauser Racing).