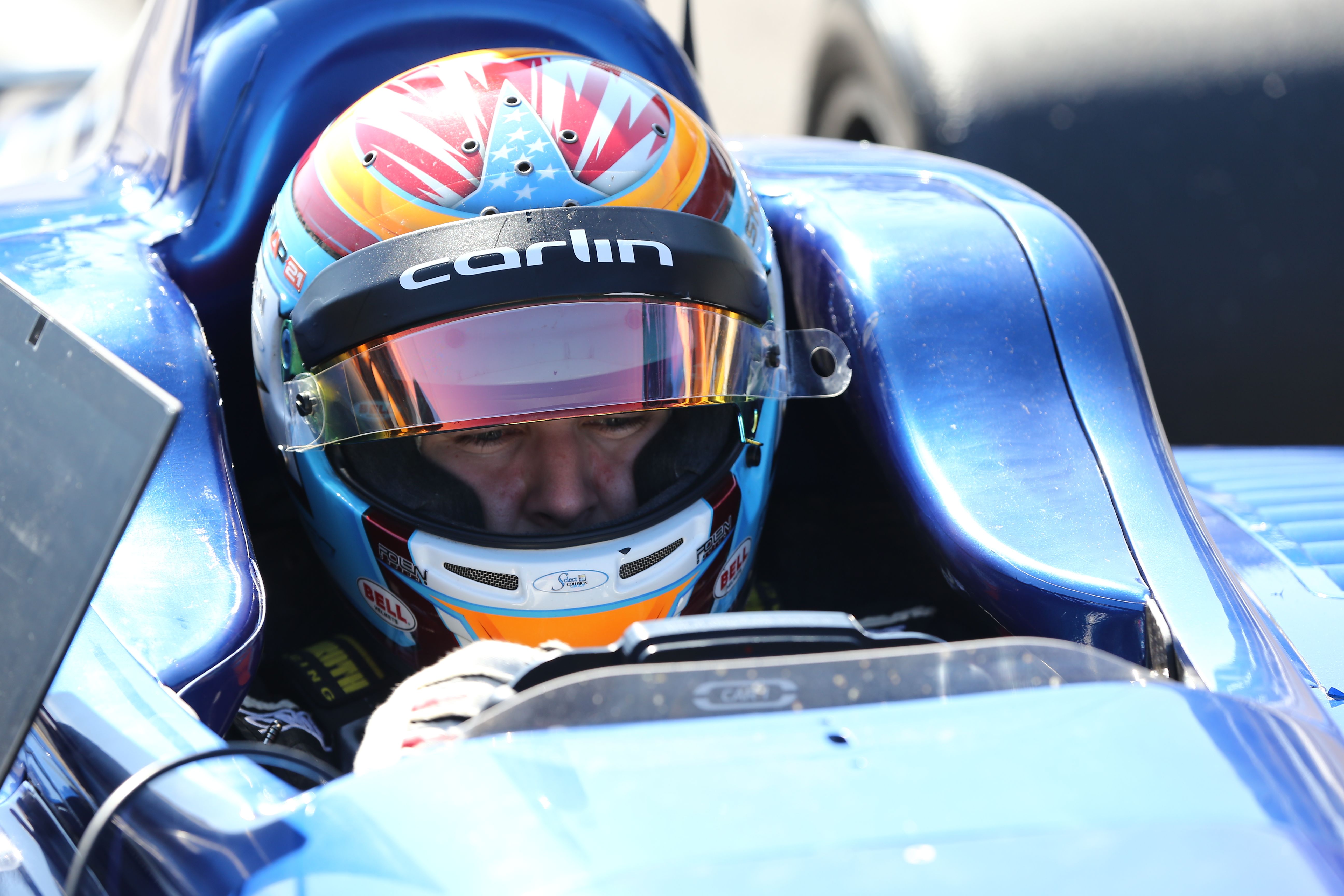 Carlin is pleased to announce that American racing driver Garth Rickards will join the Indy Lights presented by Cooper Tires team for the 2017 season. Rickards has already tested extensively with the team over the past couple of months and will make the move to the competitive Series following a programme last season racing in USF2000 – also part of the highly respected Mazda Road to Indy ladder.

At 24 Rickards has enjoyed a strong career to date following his debut season of single seat racing in 2014. Rickards finished as runner up in the F1600 Championship Series taking one victory alongside a total of nine impressive podiums while also claiming Rookie of the Year honours in the process. This strong form saw him move on to the Cooper Tires USF2000 Powered by Mazda Series where he has competed for the past two seasons as a consistent top eight finisher – including a podium at the Mid-Ohio Sports Car Course towards the end of his 2016 campaign.

Rickards will now take the next step on the Mazda Road to Indy Ladder and becomes the first driver to be announced in reigning Champions Carlin’s 2017 Indy Lights line up. Rickards has already been busy testing with the team in an extensive pre-season programme which will continue in to the New Year before the first race of the season gets underway around the streets of St Petersburg, Florida, in March.

Rickards said of the upcoming season,

“To say I am excited is an understatement and I can’t thank everyone who was involved enough. Carlin has proven that they are one of the best junior open wheel teams in the world with their track record. Their focus on driver development will really help me grow and move my way up through the field in my rookie season. Trevor and the whole Carlin squad have been extremely supportive and I’m excited to work with them hopefully for many years. I want to personally thank David Luther and Luther Automotive for believing in me and helping me continue to chase my dream. Together with all my associate sponsors coming on board it has put us in a great position to be a force in 2017.”

“We are extremely pleased to have Garth join us here at Carlin for 2017. Garth has shown real potential in his career so far and it’s always nice to see a driver moving further up the Mazda Road to Indy ladder. We know that Garth will be a strong addition to our team and having already worked with him over the course of a test programme we’re looking forward continuing where we left off and building a strong programme together for the season ahead.”