Liberty Media has posted a decreased revenue for the third quarter of the 2019 F1 season due to one less race in the period from 2018.

After posting increased revenues in Q1 and Q2, Liberty Media posted a decreased revenue in Q3 of the 2019 F1 season for the period between August and October, primarily due to one less grand in the similar period in 2018 – even though other income grew.

At the same time, the operating income also increased from $39 million to $44. Like in Q2, Liberty Media noted about $10 million of corporate level selling, general and administrative expense, which includes stock-based compensation expense.

The explanation from Liberty Media stated:

“Team payments were lower in the third quarter driven by the pro rata recognition of such payments across the race season, and other cost of F1 revenue was lower due to one less race in the quarter, which drove decreases in FIA regulatory fees, advertising and sponsorship, hospitality and other event based costs. Selling, general and administrative expense was relatively flat in the quarter.”

In addition, F1 boss Chase Carey stated: “We were thrilled to have the World Motor Sport Council unanimously approve the 2021 regulations, which were the result of input from all stakeholders across the sport of F1.

“We believe these regulations stay true to the DNA of F1 while seeking to improve the competition and action on the track. This season continues to produce some spectacular racing and we congratulate Lewis Hamilton and Mercedes on their amazing achievements.

“We now look forward to the final two races of 2019 and a record 22 race 2020 season, including our new event in Vietnam and our return to the Netherlands.” In overall terms, Liberty Media boss Greg Maffei noted about hitting the target set for 2019.

Here’s what the team principals said on F1 2021

The full F1 2021 regulations can be downloaded from the FIA site, here.

Here’s the details from the F1 2021 press conference 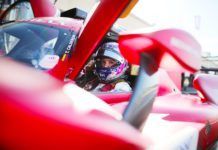