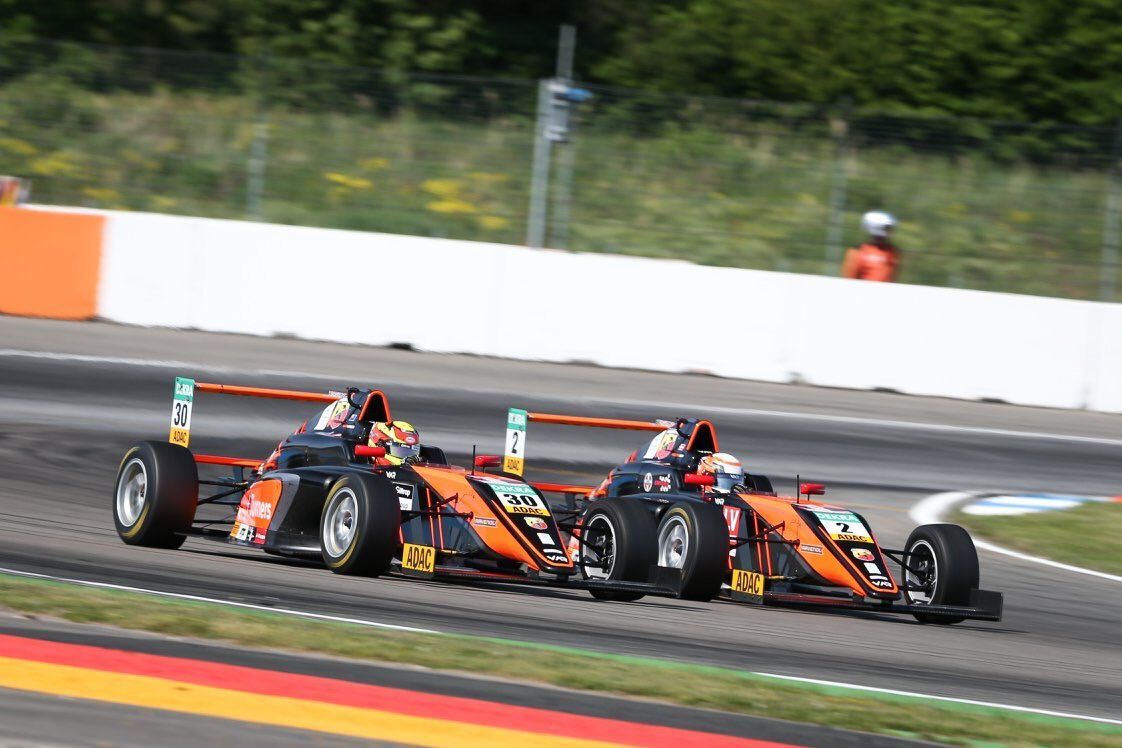 Today the Lausitzring races have begun. Firstly the German Formula 4 has started and after was the DTM. . Lirim Zendeli, was the leader, the man to beat, even more after obtaining two poles yesterday. But nobody expected the dramatic race that would come.

The start has been clean but a few laps later, while the drivers were trying to find their own pace at the race, David Schumacher tried to overtake Van Amersfoort  at the end of the finish line. He misjudged the distance, he brake too late and both of them spun. The driver of the Dutch was really annoyed by the situation.

Later, Kohler has broken his rear axle and his car started to leak oil on track, leaving the first and second turn really damaged. The track was so damaged that half of the grid has gone out at that point. Race direction noticed the situation, yellow and red flags started to wave, indicating that there were liquid elements on track. Also, the safety car had to come out. A red flag had to come out and the race has to be stopped due to the conditions.

The race has been stopped during 20 minutes, but the timer did not stop so after the safety car there were only 7 minutes and a half left to end the race. Therefore, the laps that rest were intense. Zendeli had to defend his first position against Liam Lawson  that had a good pace.

Finally, the icing on the cake of a dramatic race arrived. Next to last, Zendeli had engine problems in his US Racing, due to these problems all could overtake him and he end out of the point zone, giving up the victory to Lawson. Behind him, Enzo Fittipaldi has finished second and Wishofer completed the podium.