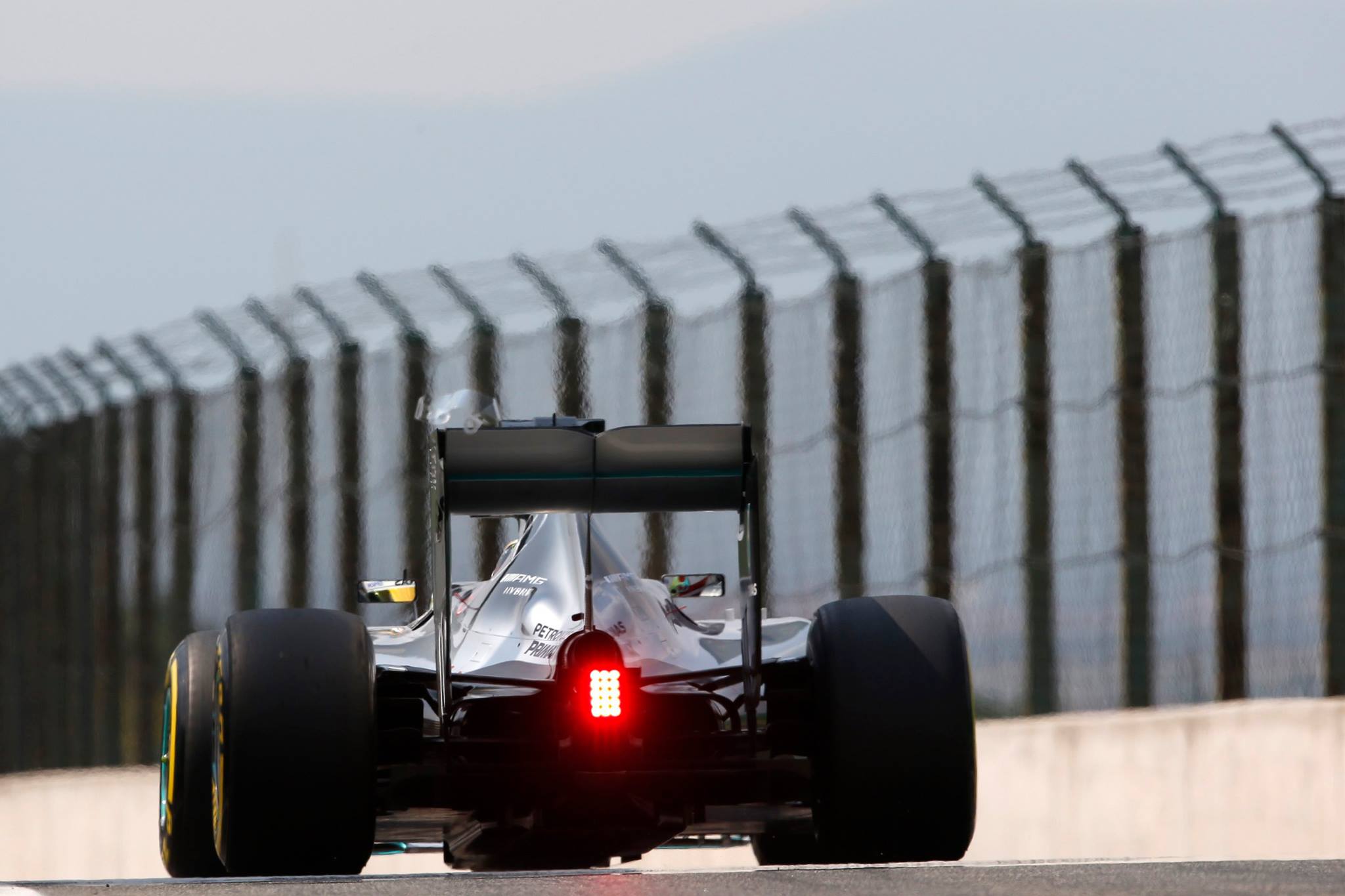 Lewis Hamilton was the fastest in the first free practice session of the Hungarian Grand Prix ahead of Nico Rosberg and Sebastian Vettel.

Like in Silverstone, Esteban Ocon ran with Kevin Magnussen’s Renault and Charles Leclerc ran with Esteban Gutierrez’s Haas. Manor cars were the first one to head out on a wet track due to the early rain in the morning. All the drivers first headed out with intermediary tyres for a few outlaps, waiting for the track to dry.

Valtteri Bottas was the first driver to head out with slick tyres before other drivers followed. Within half an hour, only ten drivers set a flying lap but at the Pirelli stop window, Felipe Nasr was the only one who had not set a time yet. Nico Rosberg was the fastest ahead of Lewis Hamilton and Daniel Ricciardo.

Ocon was the first one to head out after that stop window. Drivers headed out to learn about the tyres and the new asphalt as the track had been re-surfaced and Fernando Alonso was the first driver to spin at the last corner. With thirty minutes to go, Hamilton was ahead of Rosberg but the supersoft tyres did not seem to hold the distance.

If Mercedes managed to keep Red Bull more than one second away from them, the rest of the field was very gathered with only one second between Button’s P6 and Raikkonen’s P14 with 15 minutes to go.

When the time ran out, Hamilton was the fastest with a 1:21.347, two tenths ahead Rosberg. Vettel and Raikkonen’s Ferrari, Ricciardo and Verstappen’s Red Bull, Button and Alonso’s McLaren followed and Grosjean and Perez completed the top 10.