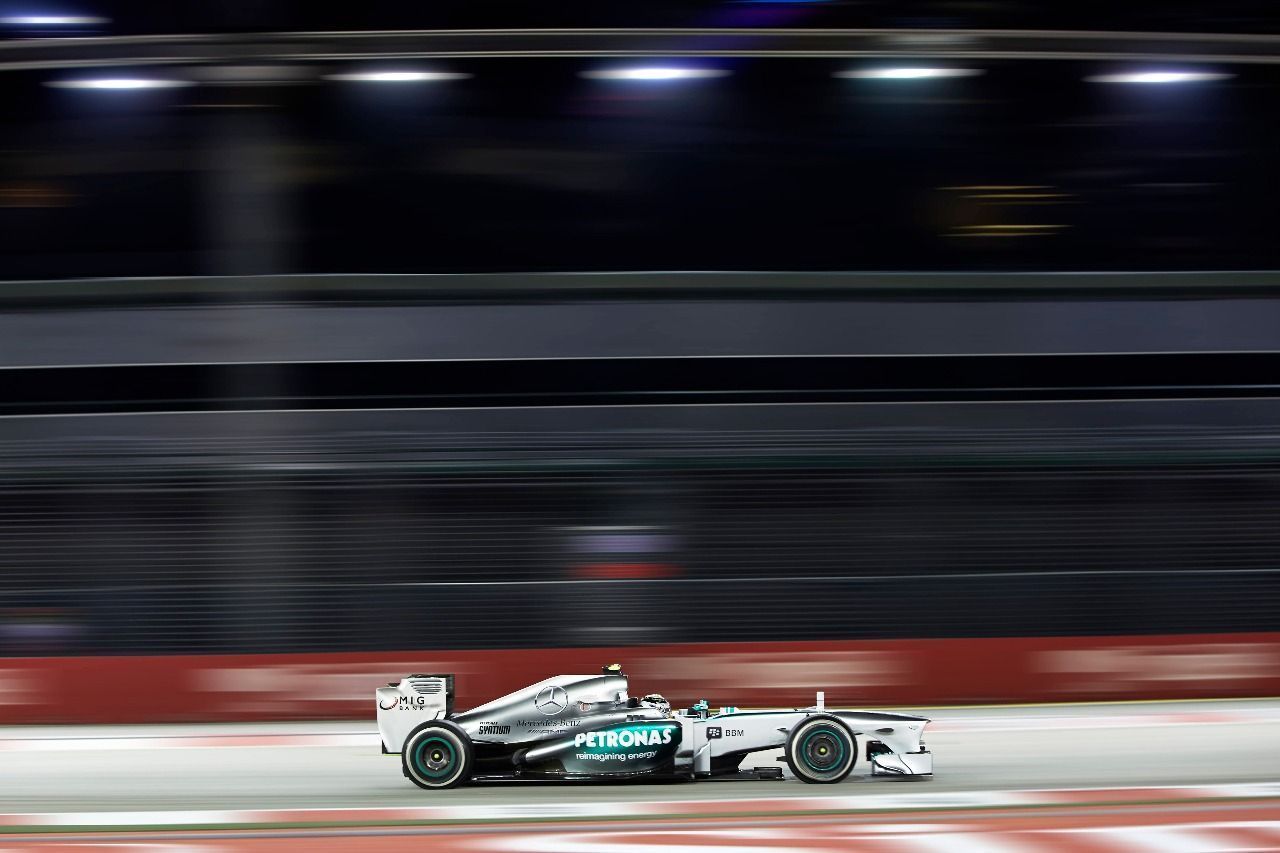 It has been seen a big difference between cars, especially between the two Red Bull and the Mercedes of Hamilton with the other competitors. But in this race of Singapore all racing teams have brought many improvements, this is the case of the Ferrari team, which has introduced a great package for this weekend, a package that if it does not operate, the Italian brand will focus on the  2014 car.
However it seems that Ferrari and Alonso options are slim to none if you look at the classification of this first session times, because they finished 1.3 seconds behind Hamilton.
Behind the Mercedes and Red Bull have finishedthe two Lotus, Kimi Raikkonen and Romain Grosjean, a Lotus that still ahead of the Ferraris are very far away from the first.
Mark Webber finished second, followed by Sebastian Vettel, Nico Rosberg, Kimi Raikkonen, Romain Grosjean and Fernando Alonso in 13th place Felipe Massa, a clear indication of how bad seems to be the Ferrari in this circuit.