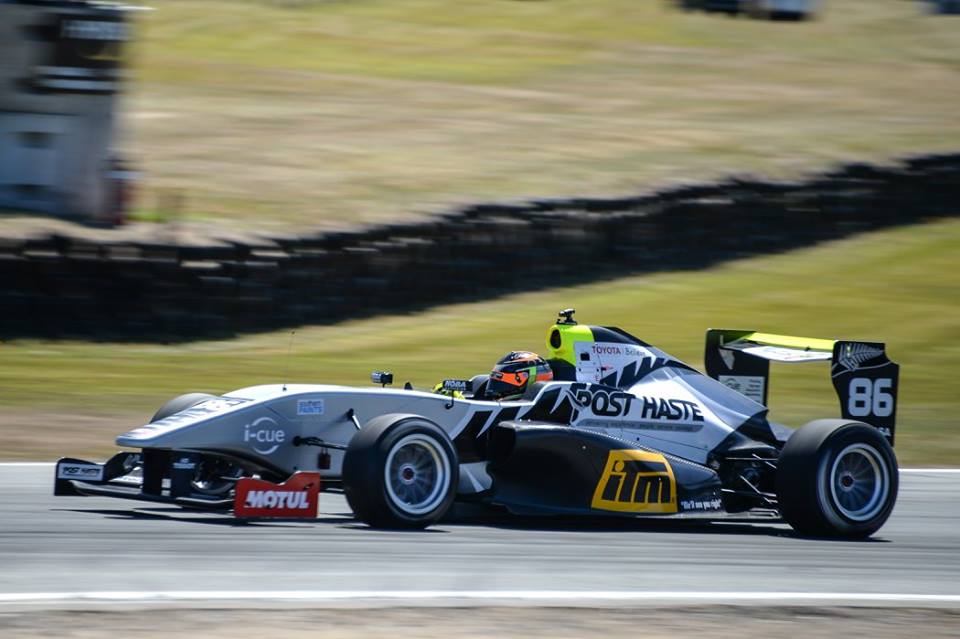 Just 19 years old and in his second season of TRS, Leitch has struggled to fully fund his racing but drove the race of his career, fending off a determined charge from young American Santino Ferrucci that saw the pair side by side in the first corner when the race started. He quickly took command of the race, extending a lead of half a second that become two seconds late in the race when Ferrucci slid wide while challenging for the lead.